Presentation on theme: "C ONDITIONALS I, II. IF C LAUSES ( THE CONDITION ) Examples: … I will see a movie. …. he would work as a guide in China. … they would win the race. T."— Presentation transcript:

2 IF C LAUSES ( THE CONDITION ) Examples: … I will see a movie. …. he would work as a guide in China. … they would win the race. T HE OTHER C LAUSES - THE RESULTS IF clauses present THE CONDITIONS. ( Si…..) Examples: If I go into town tomorrow… If he spoke Chinese… If they were faster…

3 R EMEMBER : The four words that NEVER (well, almost never) appear in the IF clause are: will, won’t, would, wouldn’t Example: If we will see it, we will be angry.

4 C ONDITIONAL I ( PRESENT / FUTURE – POSSIBLE ) When something is possible now or in the future Form Form: If present simple + present simple If (present) then will+ infinitive Examples Examples: If she studies, she will pass the geography test. (It is possible !!) If you heat water to 100 degrees, it boils.

6 C ONDITIONAL I I ( PRESENT / FUTURE – POSSIBLE ) NOT When something is NOT possible now or in the future Form Form: If past + would infinitive verb Examples Examples: If he spoke Chinese, he would work as a guide in China. (Fact: He doesn’t speak Chinese, so it’s impossible.) If I were rich, I'd buy a big house. 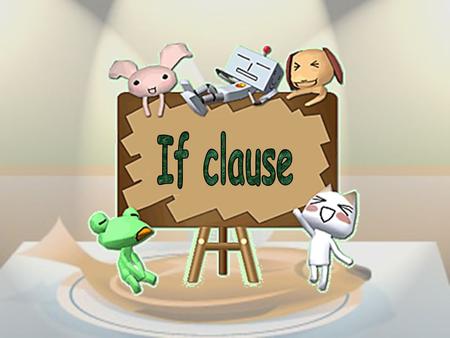 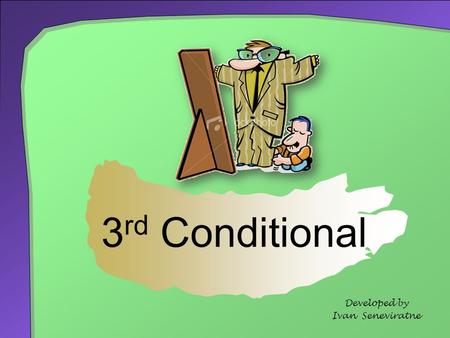 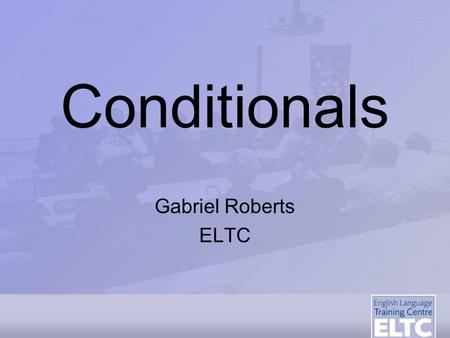 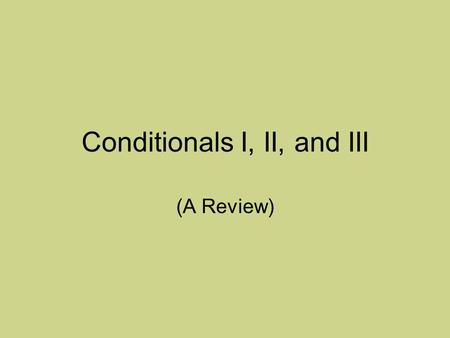 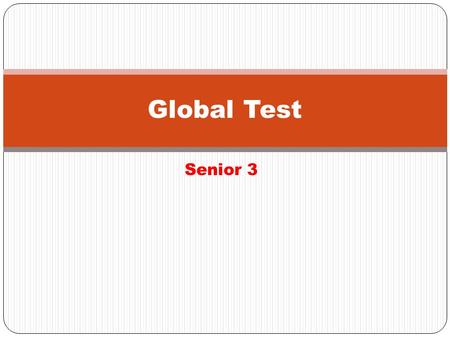 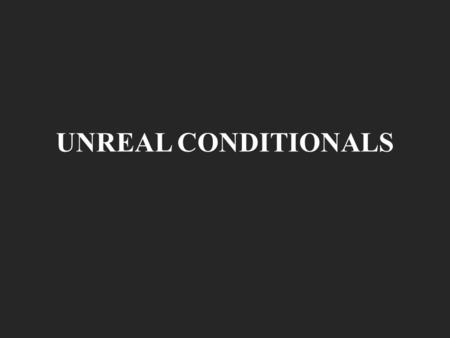 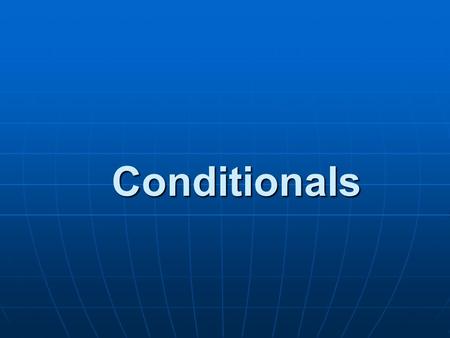 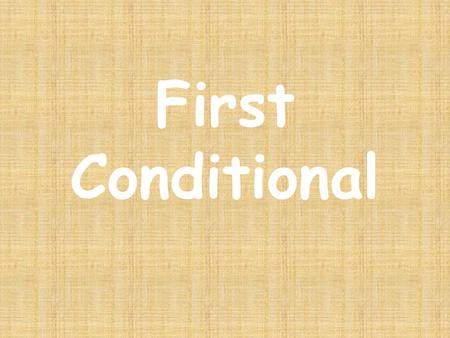 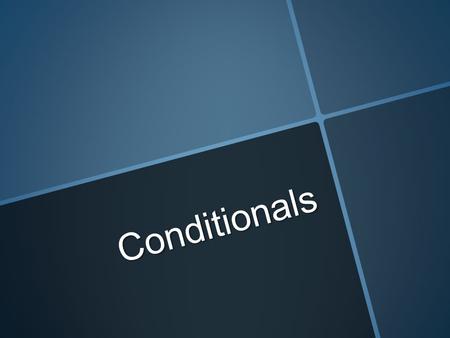 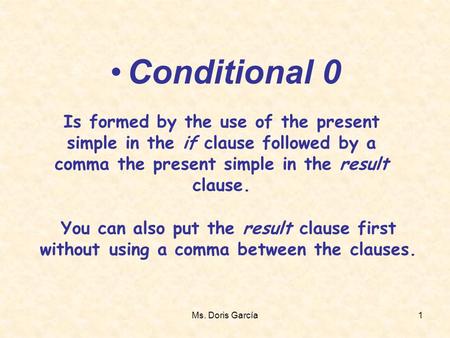 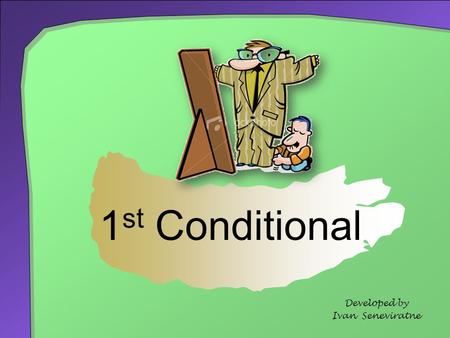 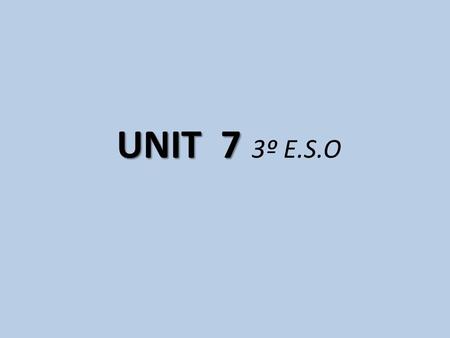 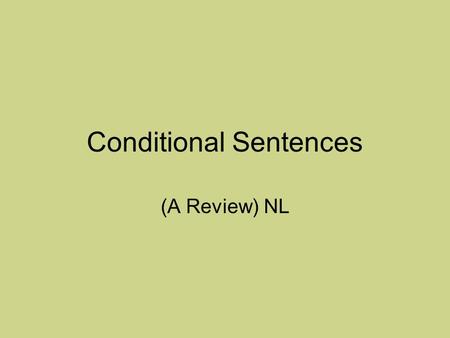 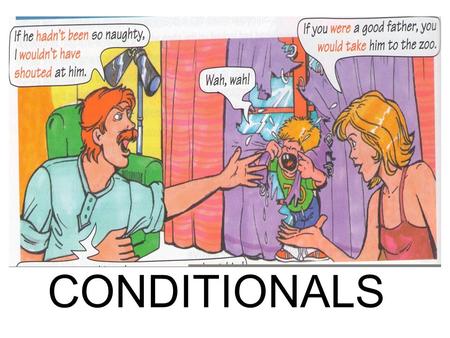 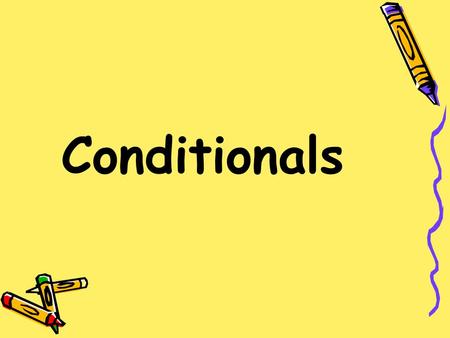 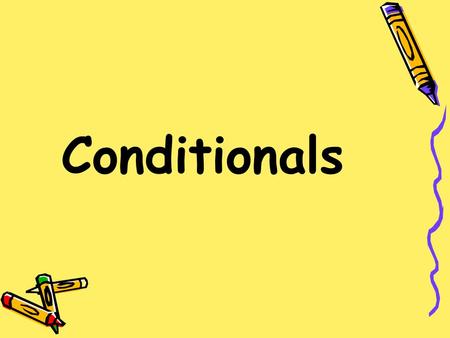 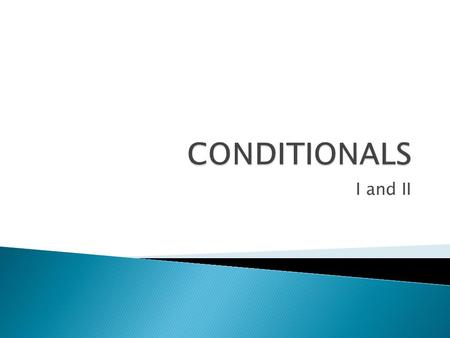 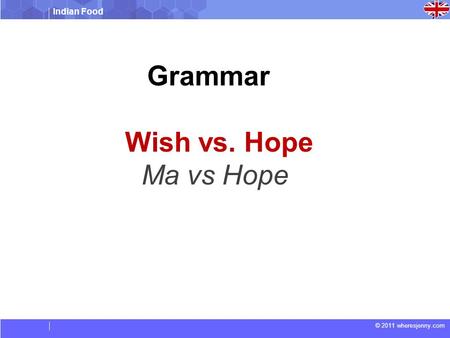