1 Selecting a President: The Presidential Nomination and Election Process

6 Stage 1: Caucuses Hilary Clinton (D) and Rudy Guilliani (R) campaigning in Iowa The Iowa Caucus is the first primary/caucus and last year was held on January 3, 2008. Considering Iowa is a relatively small state, why are the Iowa caucuses so important??

8 Stage 1: Primaries  Primary Season - January - June  Who Decides? - State party organizations for the most part decide the rules for the primaries in a particular state.  Types of Primaries: Closed Primaries Open Primaries Presidential Primary Elections - special elections in which voters select candidates to be the ________ ______________________ in the general election. Mitt Romney campaigning in New Hampshire

11 Methods of Selecting Presidential Delegates by State Which is most popular? Why??

13 Iowa Caucus First major electoral event in the election process. Candidates campaign in Iowa months before the caucus –Ads, paid staffers, and publicity is centered around the many precincts in Iowa The winner of the Iowa caucus has served as an indication of the person who will win _____________________ Nationaljournal.c om

19 Nominating Conventions An assembly held by _____ ____________ every four years Usually held in late summer before the general election in November George W. and Laura Bush at the 2000 Republican Convention

22 Who are Delegates? ________- A voting representative to the party nominating convention

26  Members of the Democratic Party establishment who serve as unpledged (??) delegates at the party convention  They are free to vote for any candidate at the convention (don ’ t have to listen to the popular vote in their state) _____________

31 Critics say that party nominating conventions have become nothing more than infomercials. 1992 Democratic National Convention in New York City What do you think?

32 Stage 3: General Election Candidates ACTIVELY campaign by… (Basically do ANYTHING that they think will get them more voters)

33 Raise money In the 2008 campaign, Barack Obama raised over $600 million dollars – more than any other candidate ever—most of it through small, single online donations

36 Hold rallies and give speeches

39 Campaign Finance At the beginning of the 2012 election season, many experts estimated that a candidate would need to raise $1 billion in order to run a successful campaign for the presidency. So far: Romney: $771.7 million Obama: $834.7 million

41 General Election Held on the Tuesday after the first Monday in November –November 2-8 Eligible citizens of the U.S. cast votes for the candidate of their choice for President. Popular vote winner in each state helps determine the electors who will cast the official vote in the Electoral College Time.com 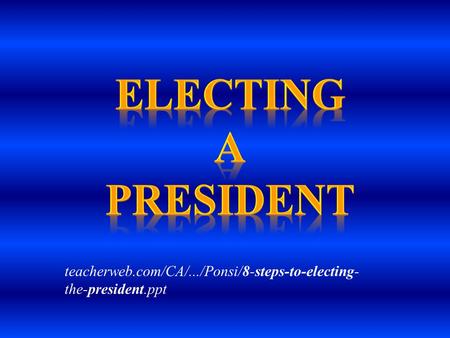 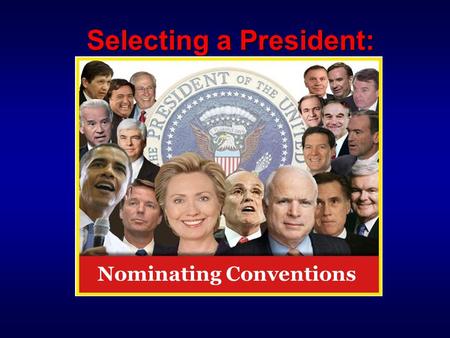 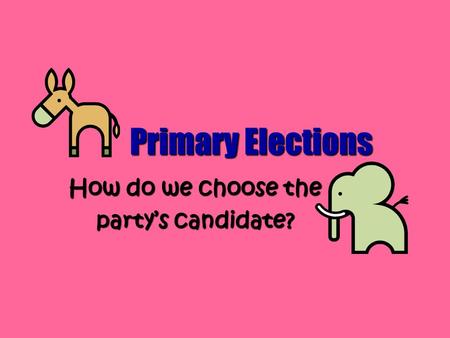 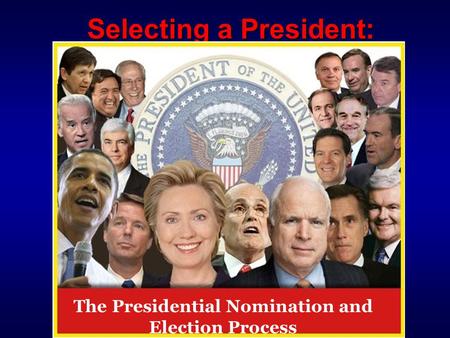 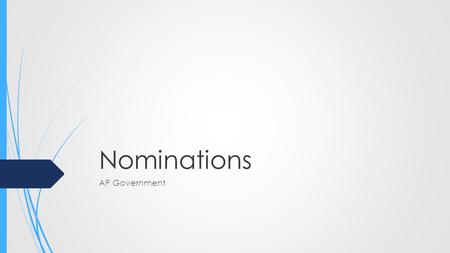 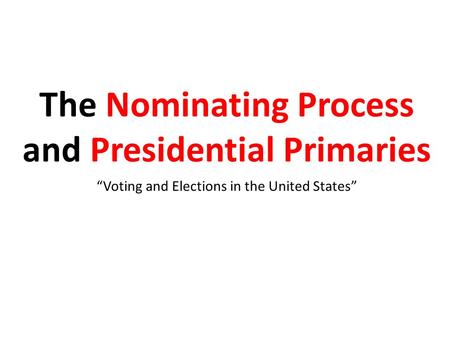 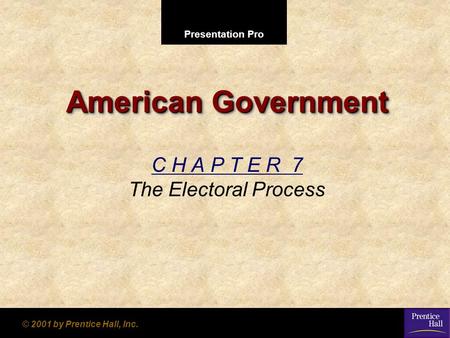 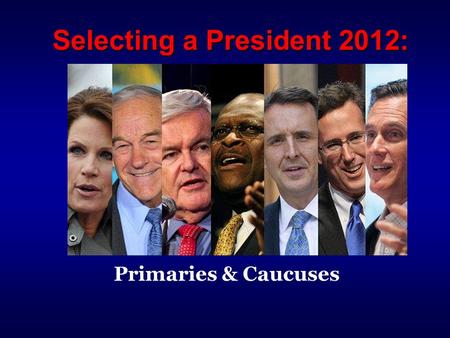 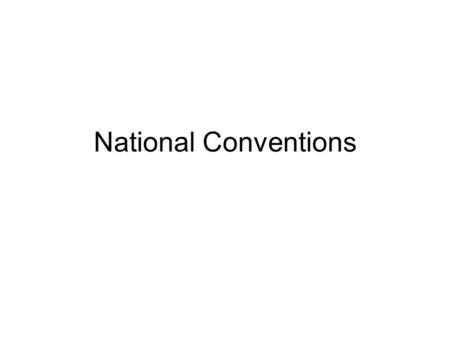 National Conventions. National party conventions They meet for 4 days during late Summer of the presidential election year This is the only time the Democrat.