2 Why Air Moves The Movement of air caused by differences in Air Pressure this is called wind. The greater the pressure difference, the faster the wind moves.

3 Causes of Pressure Difference Generally caused by the unequal heating of the earth. – The equator receives more direct solar energy than other latitudes, so at the equator it is warmer. – Therefore the air is less dense-Rises – This creates low pressure

4 Cold Air Cold air is more dense and sinks- This creates high pressure The highest pressure is found along the Poles. – What do you think is happening around the equator is the air sinking or rising?

10 Horse Latitudes At about 30 ̊North and 30 ̊South Latitude, sinking air creates an area of high pressure. These areas are called horse latitudes. – Given when ships were struck in this windless area, horses where sometimes thrown overboard to save drinking water for the sailors. – Sinking air is very dry – Deserts are located in the horse latitudes

11 Jet Streams Jet Streams are a narrow belt of strong winds that blowing the upper troposphere They can reach a speed of 400 km/hr. They affect the movement of storms Do not follow regular path

13 Local Winds Local winds generally move short distances and can blow from any direction Local geographic features, such as a shoreline or a mountain can produce a temperature differences that can cause local winds. – Ex. During the day warm land air rises and the cold ocean air replaces it. – Ex. During the night the land cools faster than water, so the wind blows toward the ocean

14 Mountain and Valley Breezes These are an example of local winds. Campers in mountainous areas may feel a warm afternoon quickly change into a cold night soon after sunsets. 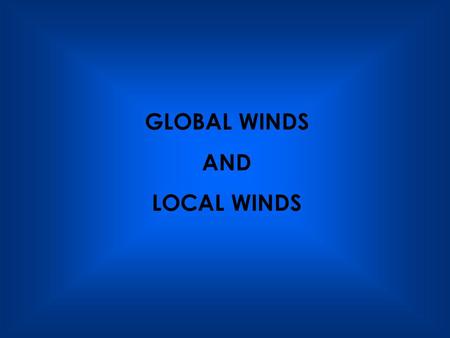 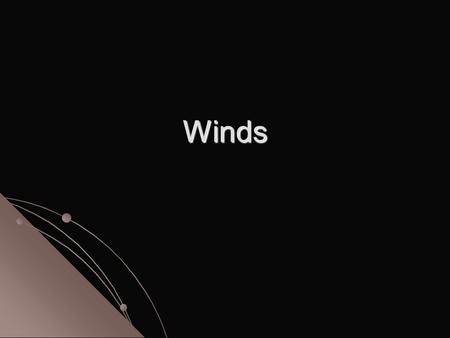 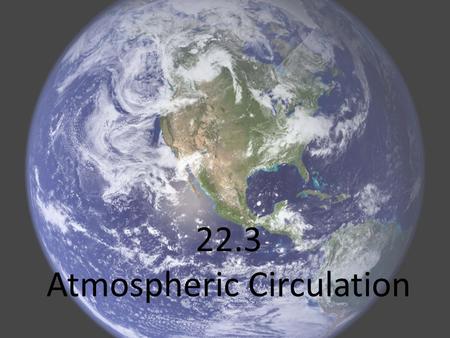 22.3 Atmospheric Circulation. It all starts with unequal heating of Earth that cause differences in pressure Warm air is less dense, rises and creates.