Presentation on theme: "Measurement The International System of Units (SI) is the standard system used around the world."— Presentation transcript:

1 Measurement The International System of Units (SI) is the standard system used around the world.

3 Volume Volume is the amount of space that something occupies.
Volumes of liquids are expressed as liters (L). Graduated cylinders are used to measure liquid volume, and also to find the volume of an small odd shaped object. (see meniscus) Volumes of solid objects are expressed in cubic meters (cm3)

4 Density Density is mass per unit volume.
Density is the amount of matter it has in a given space. To find density (D), first measure the mass (m) and volume (V), then divide mass by volume. Density is an SI derived unit (mass and volume)

5 Mass Mass is the amount of matter that something is made of.
The kilogram is the SI unit to measure mass. Mass is measured with a triple balance beam. Unlike weight, mass does not change with an object’s position.

7 Temperature Temperature is a measure of the average kinetic energy of the particles in an object. Temperature is not determined by how much of the substance you have. The SI unit for temperature is Kelvin (K), however the Celsius (C) scale is most commonly used.

Download ppt "Measurement The International System of Units (SI) is the standard system used around the world." 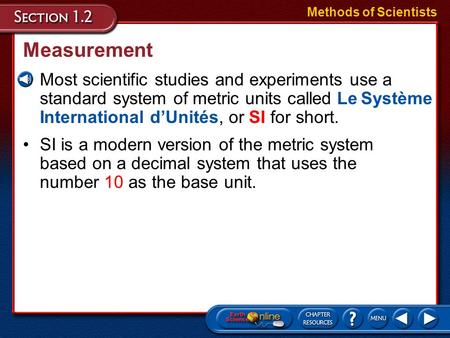 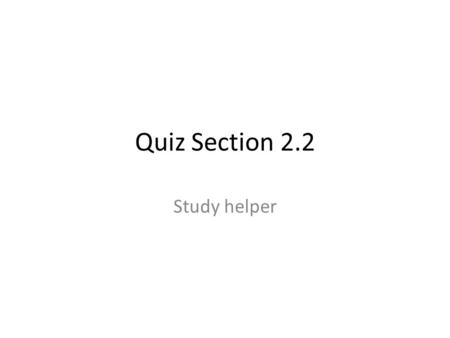 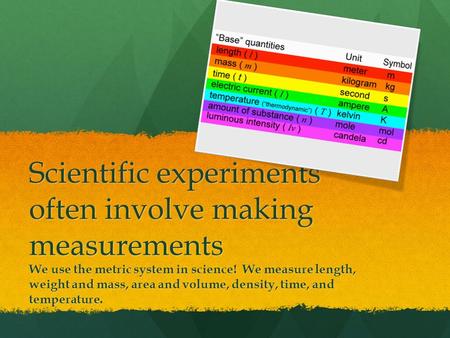 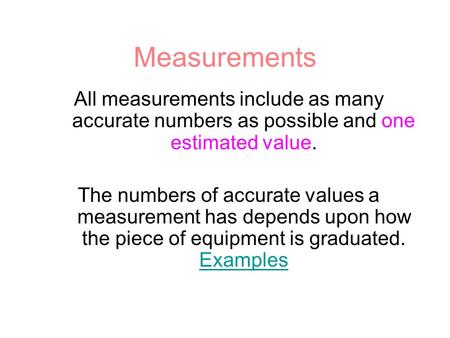 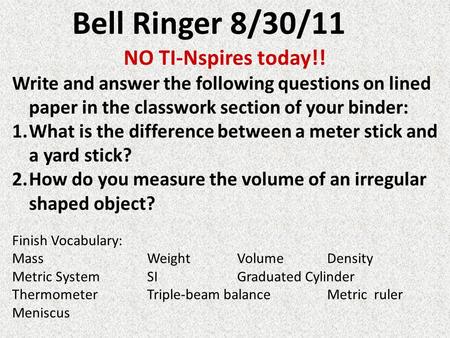