Presentation on theme: "Crusades 11 th & 13 th centuries, European Christians carried out a series of military expeditions to take back the holy land from the Muslims Seljuk."— Presentation transcript:

2 Crusades 11 th & 13 th centuries, European Christians carried out a series of military expeditions to take back the holy land from the Muslims Seljuk Turks won the battle of Manzikert & threatened Constantinople Crusades began when Pope Urban II responded to the request of Alexius I to liberate Jerusalem & Palestine Urban II called for crusades @ infidels Infidels were the non believers = Muslims, Jews

7 2 nd Crusade The fall of a Latin Kingdom led to the call of another crusade Saint Bernard of Clairvaux called for the crusade & got the support of King Louis VII of France & Conrad III of Germany 2 nd Crusade was a total failure 1187, Jerusalem fell to Saladin 3 important rulers then agreed to begin a third Crusade

10 3 rd Crusade Frederick Barbarossa of Germany, Richard I (Richard the Lionhearted) of England, Phillip II of Augustus of France Members of the 3 rd arrived in the East by 1189 & encountered problems Barbarossa drowned while swimming in a river English & French had success with their naval fleets against coastal cities, but failed as they moved inland Richard I negotiated a settlement with Saladin to allow Christian pilgrims free access to Jerusalem

11 Philip II, Frederick I And Richard I Responded

12 4 th Crusade 6 years after the death of Saladin in 1193, Pope Innocent III initiated the 4 th crusade On their way to the East became involved a conflict with the Byzantine Empire over the succession to the Byzantine throne Crusaders diverted to Constantinople & sacked the city in 1204/ Byzantine empire was reestablished in 1261 but was never as powerful Ottoman Turks eventually conquered Byzantine 190 years later

14 Results of the Crusades Increased wealth of Italian city-states like Genoa and Venice. Began Jewish persecution and genocide. Started the breakdown of feudalism and an increase in the power of kings. Improved technology such as better ships and maps, and skills in siege techniques and weapons.

Download ppt "Crusades 11 th & 13 th centuries, European Christians carried out a series of military expeditions to take back the holy land from the Muslims Seljuk." 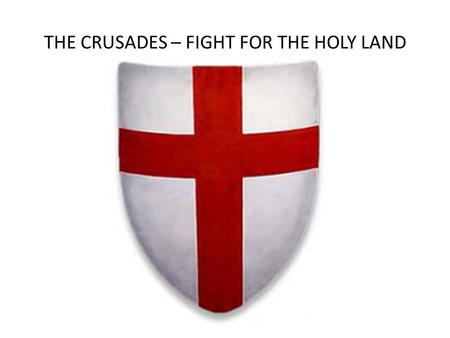 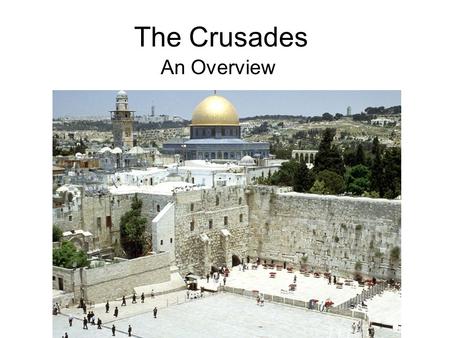 The Crusades An Overview. Goal A more well-rounded understanding of the Crusades, when they happened, people involved, and impact When you hear about. 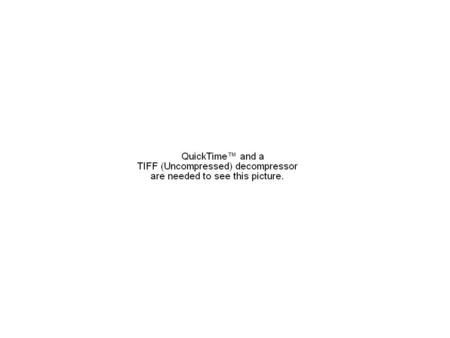 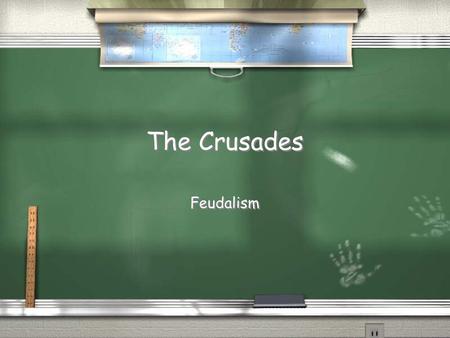 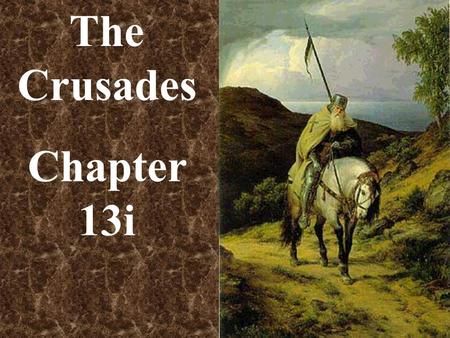 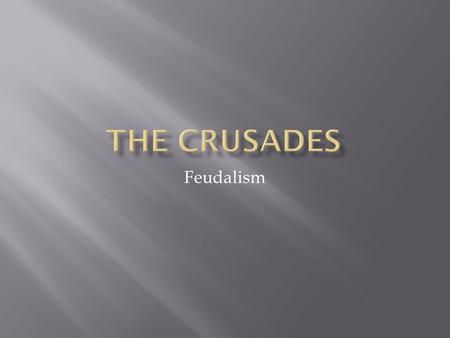 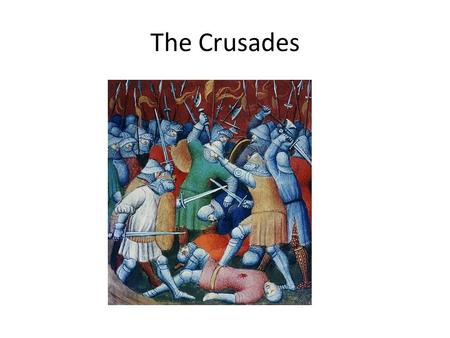