2 Setting the Scene Visitors crowded into London’s Crystal palace in The palace was made for this occasion, its cavern of glass and iron symbolized the triumph of the industrial age. Britain was the first to industrialize making it a model for other countries.

3 Why Britain? Historians have identified a number of key factors that helped Britain lead in the Industrial Revolution. Resources Large supplies of coals to power machines. Plentiful Iron to build new machines. Farm labor had been freed, so workers were available.

4 Why Britain? (Continued)
New Technology They had skilled mechanics to meet demand for new inventions. Ancient Greeks and Chinese had great advances in technology for their time but did not move on to industrialization. Economic Conditions From the mid-1600s to 1700s the business class accumulated capital. Population rise boosted demands for goods. Political and Social Conditions Britain had a stable government that supported economic growth. Religion also played a role due to many entrepreneurs coming from religious families who supported hard work.

5 Changes in the Textile Industry
The Industrial Revolution first took hold in Britain's largest industry, which was textiles. They developed the putting out system in which raw cotton was distributed to peasant families who spun it into thread and then wove the thread into cloth. Major Inventions John Kay’s flying shuttle helped weaver work so fast they soon outpaced spinners. Richard Arkwright invented the water frame which used water power to speed up spinning still further. The First Factories Spinners and weavers came each day to work in these first factories These factories created more cloth than the whole district had made before. John Kay

6 Revolution in Transportation
When production increased some capitalists invested in turnpikes which were privately built roads that charged a fee to travelers who used them. Engineers also upgraded bridges and harbors to help trade. On Land The invention of the steam locomotive made it possible for the railroads to grow. George Stephenson developed this Steam Locomotive. The first major rail line was from Liverpool to Manchester which opened in 1830. George Stephenson

8 Looking Ahead In Response to growing demand, inventors developed machines that could produce large quantities of goods more efficiently. Supply of product increased and prices fell. Lower prices meant that consumers could purchase more goods. Thus bringing a tidal wave of economical and social changes that swept the industrializing nations of the world.

9 Review and Vocab John Kay-Invented the Flying Shuttle which made weaving cloth quicker and simpler. James Hargreaves-Invented the Spinning Jenny that spun many threads at once. Richard Arkwright-Invented the water frame which used water power to speed up spinning of thread. George Stephenson-Developed a steam powered locomotive to pull carriages along an iron rail. Robert Fulton- used watts steam engine to power a steamboat that traveled at a record breaking speed of more than five miles and hour. Capital-Wealth to invest in enterprises such as shipping, mines, railroads, and factories. Factories-Places that brought together workers and machines to produce large quantities of goods. Turnpikes-Privately built roads that charged a fee to travelers who used them, different from a toll road because most toll roads are state or government funded. 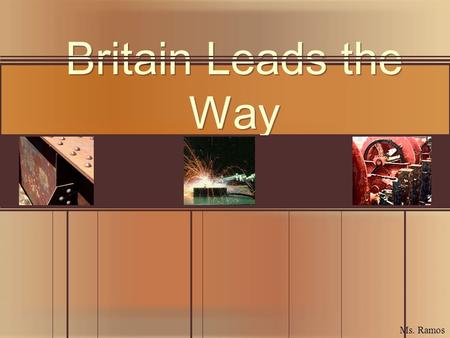 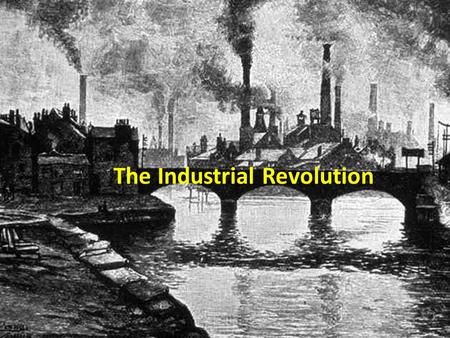 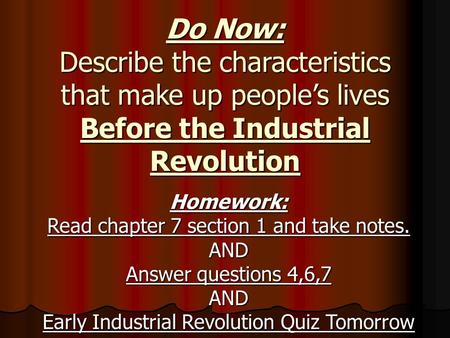 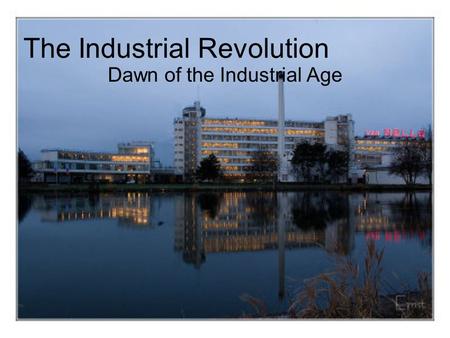