4 NC Supreme Court 7 members 1 Chief & 6 Associates NC Appellate Courts – 15 judges sit in rotating panels of 3, deciding only questions of law on cases appealed from Superior and District Courts. North Carolina Lower Courts: NC Superior Court- Also called county court or circuit courts with and may be specialized in criminal, civil, and juvenile. Hears all felony cases, civil cases over $10,000, and serious juvenile cases. NC District Courts- can be divided into 4 categories – civil, criminal, juvenile and magistrate. NCDCs sit in the county seat of each county – for civil cases such as divorce, child custody & support, & involving less than $10,000 along with criminal misdemeanors. Magistrate courts accept guilty pleas for minor misdemeanors, traffic violations, and civil cases involving less than $4,000. They supervise all other state courts. No determination in fact – only considers error in law. All decisions final unless appealed to USSupCt. 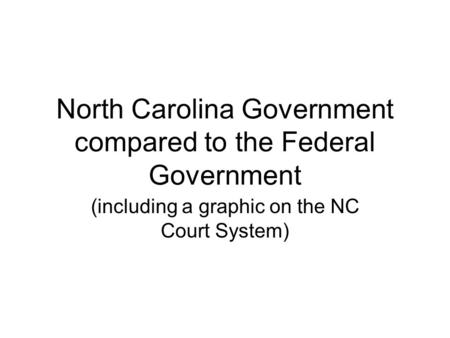 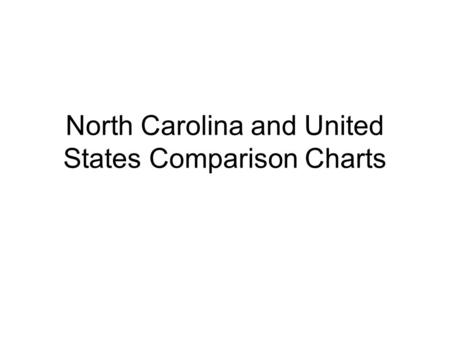 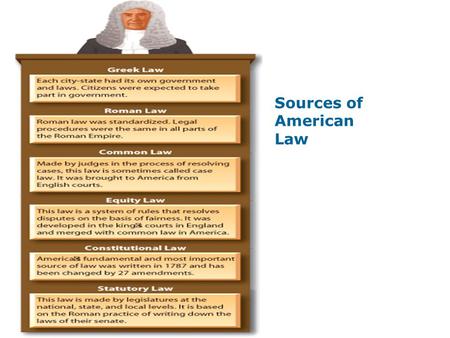 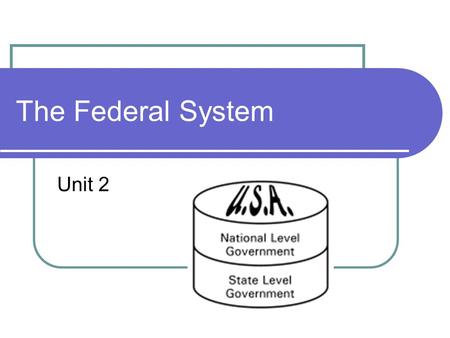 The Federal System Unit 2. What is it? System of government created by the U.S. Constitution that divides governmental power between national and state.