2 Executive Branch Article 2 1.Title of Chief Executive- President, Chief law enforcement 2.Length of President’s term- 4 years 3.Term for President – 2 terms; no one who has held the office for more than 2 years can be elected more than once; 8 years maximum (Franklin Roosevelt served 4 terms) 4.Election of President – Electoral College (IL 21 electors). The state legislature decides how they choose

3 Executive Branch Article 2 5.Number of votes a state has for President and Vice President- same as the total members in Congress for that state. The least number a state can have is 3. California has the most electors. 6.There are 538 total electoral votes -270 votes needed to become President. 435 House 100 Senate + 3 Washington D.C. 538 Total

4 Executive Branch Article 2 7.If a candidate does not get enough Electoral Votes, the House of Representatives selects (votes) and the President if there is a ties. They vote from the top three candidates. 8.Executive Branch- enforces or carries out the laws 9.Election Day- The Tuesday after the first Monday in November every 4 years.

6 Executive Branch Article 2 13. Oath of office- states that the President will carry out the duties and uphold the Constitution 14. Successors of the President- Vice President, Speaker of the House, President Pro Temp of Senate, Secretary of State, Cabinet Members (one cabinet member always hidden away for meetings)

7 Executive Branch Article 2 SECTION 2 1.Military and Civil Powers of the President- Commander in Chief of the armed forces. His civil powers include granting reprieves and pardons. 2.Treaty powers of the President- works out all treaties- but the Senate must approve it 3.The Senate must approve all treaties with a 2/3 vote 4.Reprieve- Delay of Punishment Pardon- Excused offense- without penalty

9 Executive Branch Article 2 7.Penalty if a President, Vice President, or Federal Judge is found guilty of impeachment charges by the Senate- must leave office and may never hold government office again 8.Cabinet- Presidential Advisors, appointed heads of Executive Department 9.There are 15 Cabinet Departments…

11 Executive Branch Article 2 10. Statements about the President a.Length of term is 4 years. b.Must be a natural born U.S. citizen. c.Must be at least 35 years old. d.Must have been a resident of the U.S. for 14 years. 11.President can do everything on list except- Can veto amendments to the Constitution Can declare laws unconstitutional

12 Executive Branch Article 2 12. The President can succeed him/herself in office by running for a second term, but only succeed one time 13. President of the United States- Barack Obama Vice President- Joe Biden 14. Inauguration Day- January 20 th 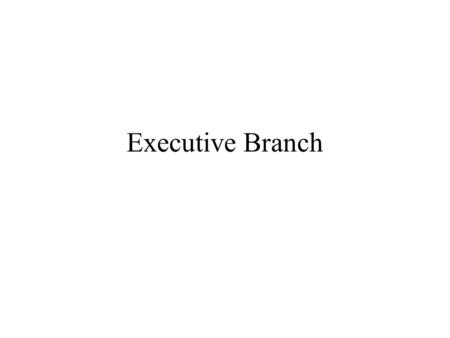 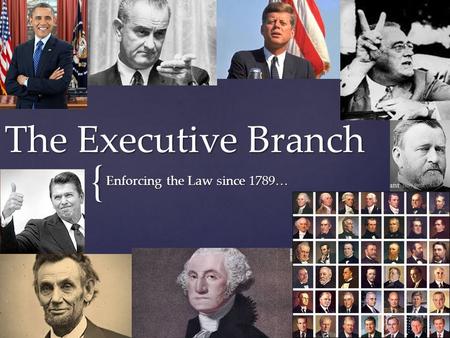 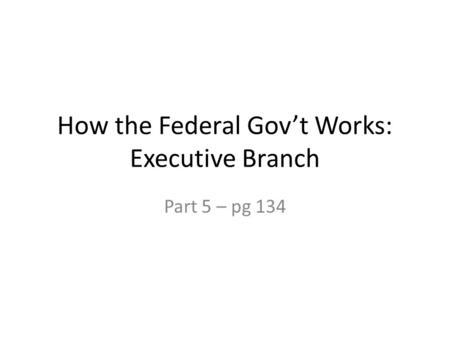 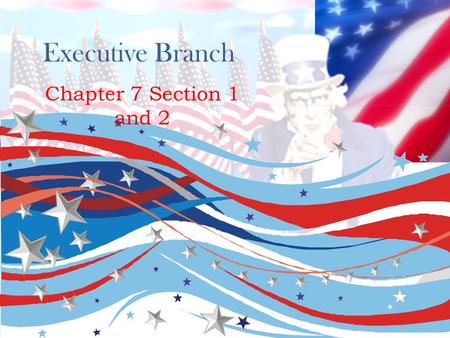 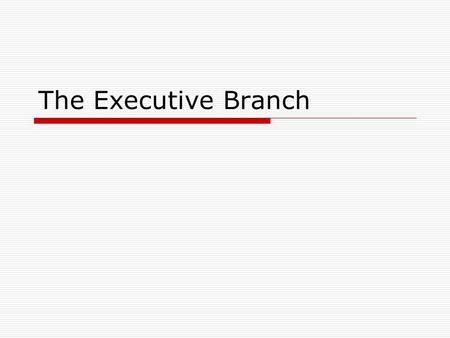 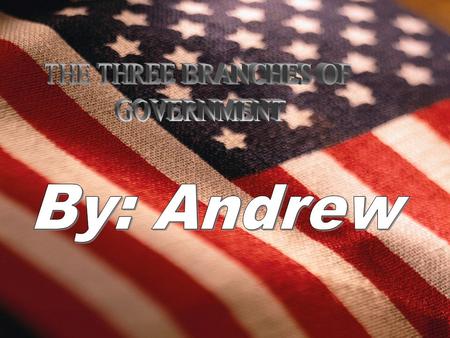