2 Stephen Burke - WP8 Status - 14/02/2002 - 2/11 What is WP8? u HEP applications workpackage u Link between experiment software and EDG middleware u Works with WP9 (Earth Observation) and WP10 (Biomedical) u Applications Technical Working Group (ATWG) is a forum to define application requirements for the EDG middleware

4 Stephen Burke - WP8 Status - 14/02/2002 - 4/11 Virtual Organisations u Each experiment constitutes one VO u Members are defined by a VO LDAP server at NIKHEF, entries are made by an administrator (http://datagrid-wp8.web.cern.ch/DataGrid- WP8/Testbed1/virtual_organisation_administrat.htm) u Each VO has a Replica Catalogue, and an area on Storage Elements to store files u Eventually VOs will also have their own Resource Brokers and Information Indices u Members of a VO will be mapped to a VO-based Unix group at each site

5 Stephen Burke - WP8 Status - 14/02/2002 - 5/11 Testing the Testbed u The plan was for each experiment to run a series of validation tests on Testbed 1 between October and December 2001, and write a document (D8.2) with the results u The testbed started late and was unstable, hence application tests have been limited so far u Loose Cannons did basic functionality testing and helped with the testbed configuration u D8.2 contains the test plans, and results so far u D8.2 is part of the EU review on March 1st

6 Stephen Burke - WP8 Status - 14/02/2002 - 6/11 Test Results So Far u Review of documentation by LCs has led to an improvement in the quality and amount of documentation u Basic testing has verified middleware functionality, and in some cases (e.g. Storage Elements) has revealed configuration problems which have now been solved u Experiments have run basic tests, including submission of simulation jobs

7 Stephen Burke - WP8 Status - 14/02/2002 - 7/11 Current Problems u Job submission works, but has been unstable, with jobs failing for various reasons from time to time. u It isnt yet fully defined how to set up an application environment (where to find compilers, experiment software etc) at each site. u The original plan for Storage Elements did not allow for use by more than one Virtual Organisation. A scheme has now been developed to allow this.

8 Stephen Burke - WP8 Status - 14/02/2002 - 8/11 Current Problems (2) u GDMP is somewhat awkward to use. There are now user instructions with examples (see http://cmsdoc.cern.ch/cms/grid/) u There is no Replica Manager yet, files must be replicated by hand using GDMP u The testbed only includes a few sites so far, so there is no experience with a large system

9 Stephen Burke - WP8 Status - 14/02/2002 - 9/11 Current Status u Testbed 1.1 released this week, which should fix many outstanding problems u Experiments will continue with their planned validation tests as described in D8.2 u Hope to have a production testbed once the functionality has been validated u Experiments have each defined a list of sites they would most like to see in the testbed (Table 2 in D8.2) - UK sites are Bristol, Edinburgh, Glasgow, Lancaster, Liverpool, Oxford, RAL

10 Stephen Burke - WP8 Status - 14/02/2002 - 10/11 Other Activity u ATWG is trying to define common needs of all applications. The aim is to have a common software layer between the experiment software and the Grid middleware. u ATWG meeting today, WP8 plenary tomorrow, hence I (SB) am not in Cambridge!

11 Stephen Burke - WP8 Status - 14/02/2002 - 11/11 UK Involvement in WP8 u Limited so far (mainly FH and SB) u UK application developers are encouraged to get involved, either directly or through their experiment u ATWG meeting are once a month, WP8 plenary meetings every 4 months u Please contact me (SB) if you need help. I may not know the answer, but I should know a man (or woman) who does! 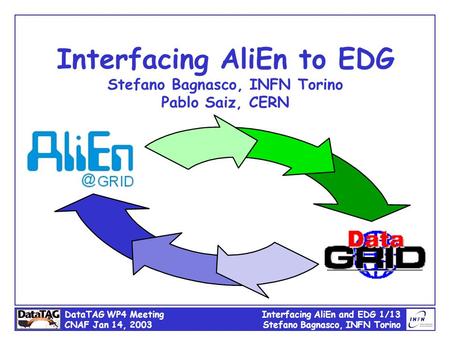 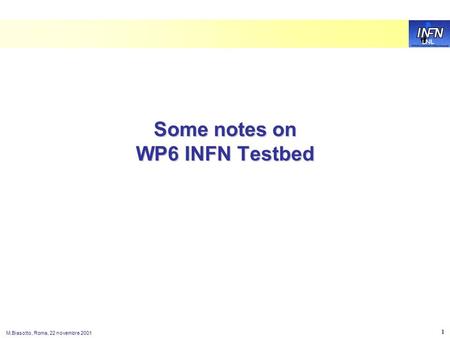 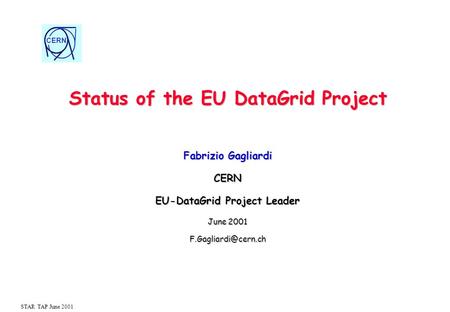 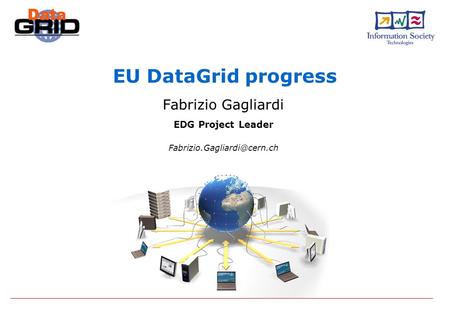 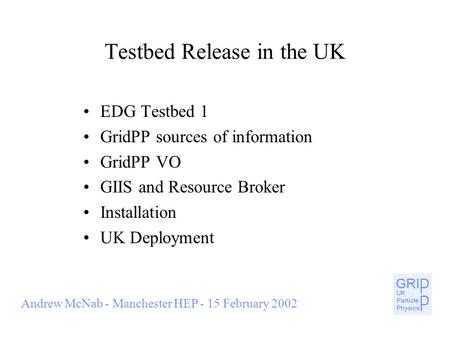 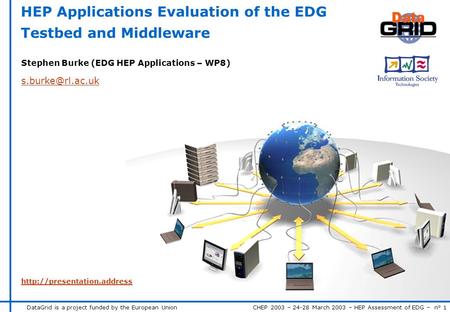 DataGrid is a project funded by the European Union CHEP 2003 – March 2003 – HEP Assessment of EDG – n° 1 HEP Applications Evaluation of the EDG Testbed. 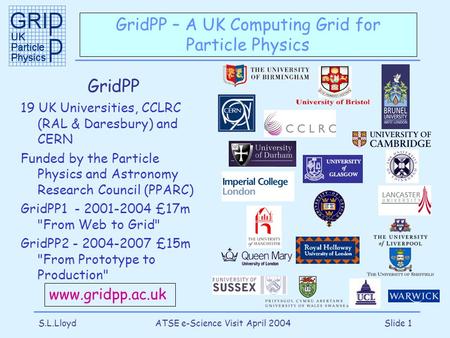 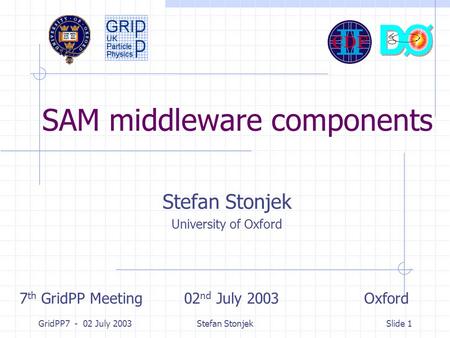 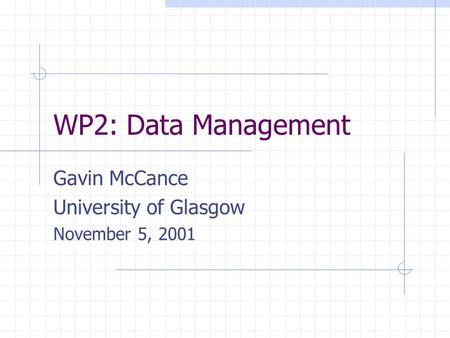 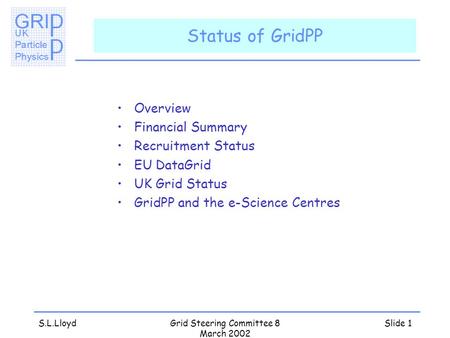 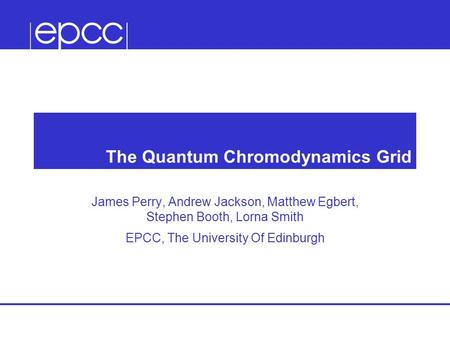 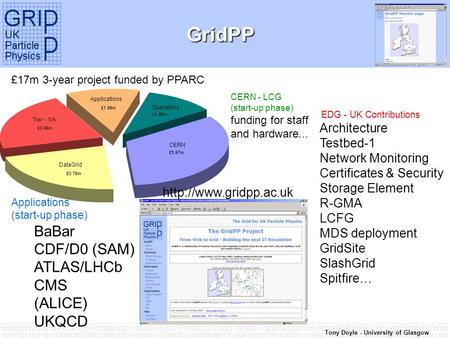 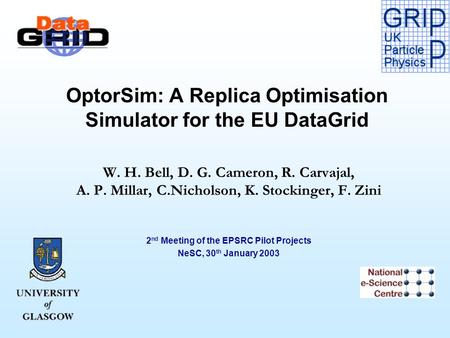 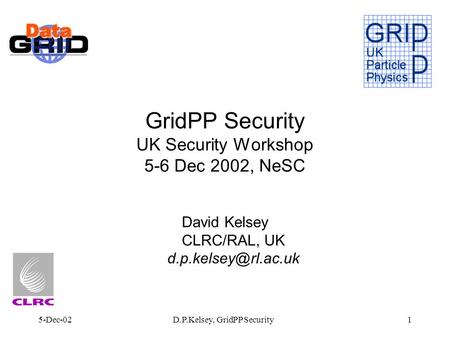 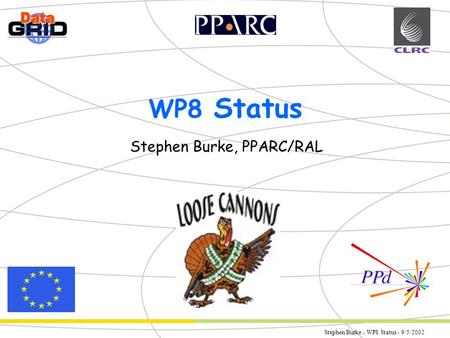 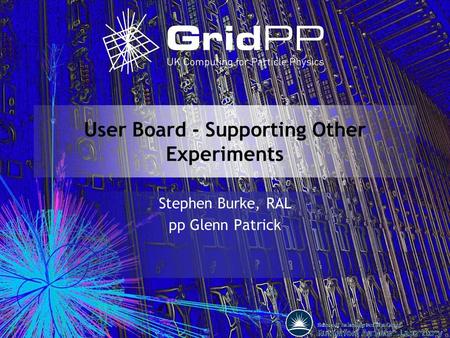 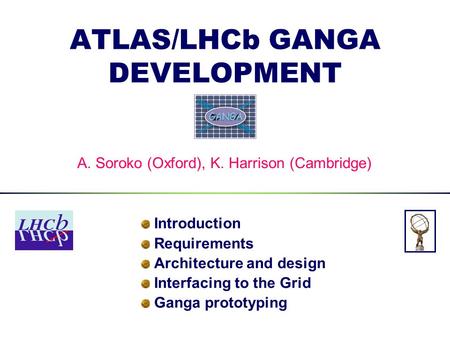 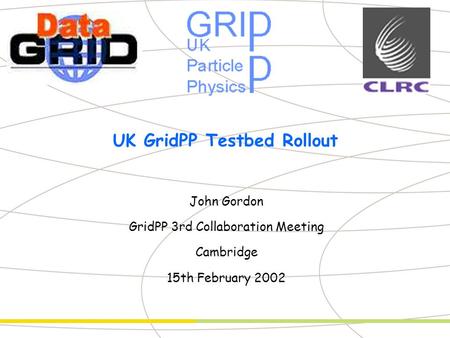 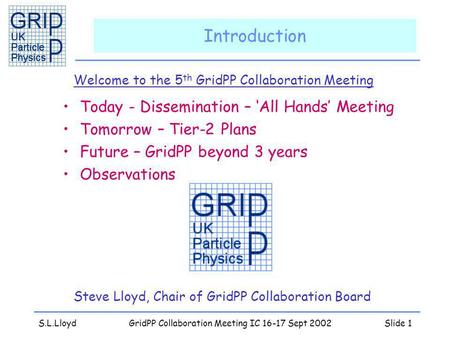 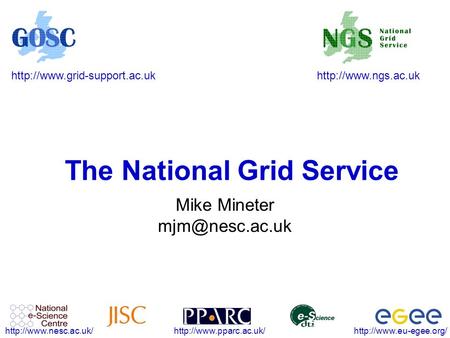