2 Why Come To America? Immigrants Reasons: 1. Lured by promise of better life 2. Escape difficult conditions at home a. Famine b. Land Shortages 3. Escape religious/political persecution 4. Jobs supposedly plentiful in America 5. Come to earn money then go back (Bird of Passage)

4 How was the Journey? Traveled by steamship to America - trip across Atlantic took 1 week - trip across Pacific took 3 weeks Traveled in “steerage” (cheapest accommodations in a ship’s cargo hold)

5 As for conditions below decks, an agent for the United States Immigration Commission described them as follows: “During the twelve days in the steerage I lived in…surroundings that offended every sense. Only a fresh breeze from the sea overcame the sickening odors. Everything was dirty, sticky, and disagreeable to the touch. In such conditions, disease and even death were not uncommon.”

6 Where did enter the U.S.? Ellis Island: Atlantic side immigration station in New York Harbor - decided whether to admit or reject immigrants - 17 million immigrants passed through - Had to pass a physical health exam - Had to pass a govt. inspector’s test a. able to work? b. have some money? c. never been convicted of a felony?

8 Where did enter the U.S.? Angel Island: Pacific side immigration station in the San Francisco Bay - decided whether to admit or reject immigrants - 50,000 Chinese enter U.S. ( ) - Had to pass a physical health exam - Had to pass a govt. inspector’s test (much more harsh and longer decision time)

10 So you are IN! Now What? Immigrants Faced Challenges:
1. find a place to live 2. find a job 3. understand the language 4. understand the culture How to Cope? 1. create ethnic communities

14 An immigrant himself, Jacob Riis was well known for his photographs documenting the lives of immigrants & the urban poor in his book How the Other Half Lives

15 How did Americans react?
Americans saw country as a “Melting Pot” Problem: Many immigrants do not give up “old” culture 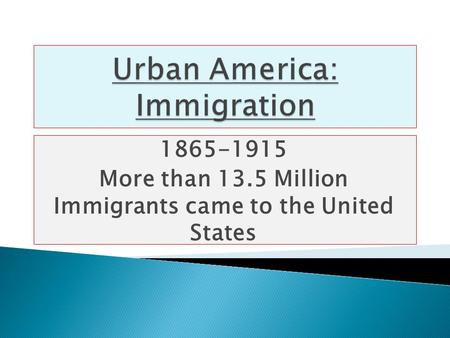 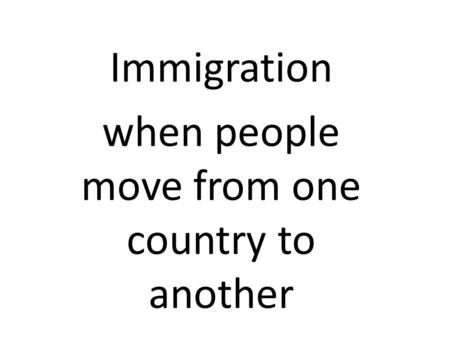 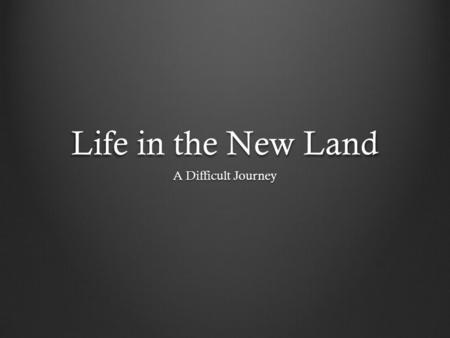 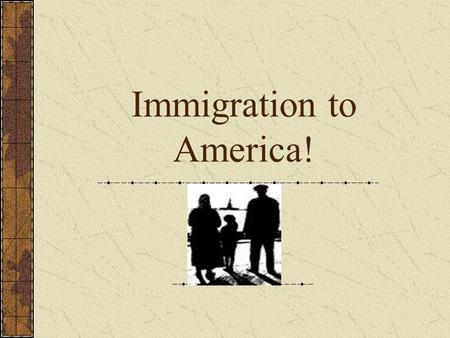 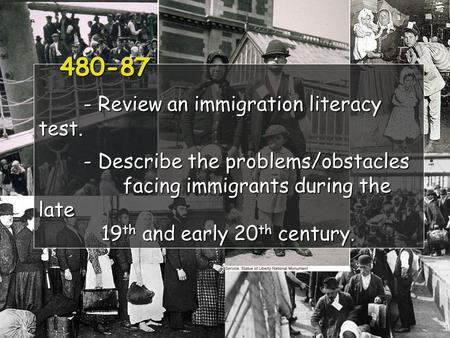