2 Models of Urban Structure
A model is a simplified version of what occurs in real life. Urban models show common characteristics of cities. Urban Models are based on assumptions.

4 CBD Major shops and Offices The most accessible point of the city
The original core of the city Very low residential population.

5 Zone of transition Made up of old housing and factories.
Stages of deterioration and redevelopment. Areas of low class housing Terraced or tenements Over crowded Close to industry

9 But can this really happen? Criticisms.
Zones are never that clearly defined. Zones usually have a mix of land uses Cities rarely on large flat plains. No edge of city developments. Oldest housing not always found in centre.

10 The Sector Model Based on Transport Routes.

12 Criticisms Areas of low cost housing do not occur beside main roads as predicted. Assumes no planning controls. Does not take account of suburbs.

14 Assumptions The central business district will often be found near the original retail area of the city. Warehousing and light industrial areas will develop adjacent to the CBD and along transport links such as railways and roads. Heavy industry will locate on the outskirts of towns or where the outskirts were when the development took place, since growth of the urban area may have overrun this area by now. Residential areas will be found in the remaining space.

15 Criticisms The model is not based on any particular city
It has a very weak spatial rule – in that it doesn’t provide a clear picture.

18 Criticisms Does not include inner city renewal.
Based on limited study of only three cities – not entirely accurate. 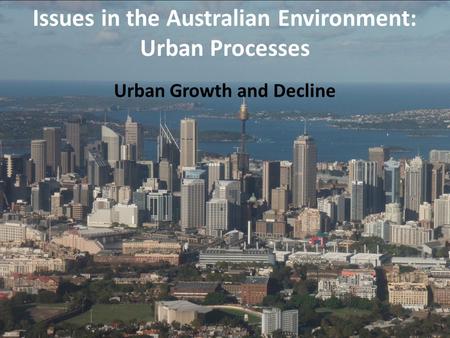 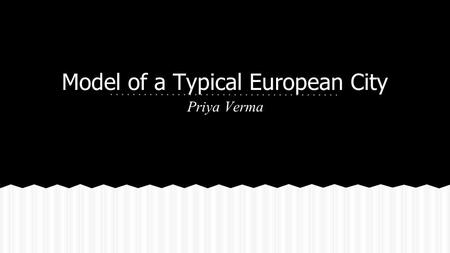