1 ©2010 Pearson Education Public Speaking Handbook: 3 rd edition Appendix B The Classical Tradition Of Rhetoric This multimedia product and its contents are protected under copyright law. The following are prohibited by law: · any public performances or display, including transmission of any image over a network; · preparation of any derivative work, including the extraction, in whole or in part, of any images; · any rental, lease, or lending of the program.

2 ©2010 Pearson Education The Earliest Teachers of Rhetoric Corax (476 B.C.) Doctrine of general probability. Focused on likelihood of guilt. Public speaking skills to defend ones self in courts.

5 ©2010 Pearson Education Beginning of the Greek Tradition: The Sophists Isocrates’ three keys to success:  Natural ability.  Ability refined through practice and experience.  Education in philosophy as well as rhetoric. Some criticized sophists of focusing more on form, and less on content.

8 ©2010 Pearson Education Aristotle Lived from 384 to 322 B.C. Founded the Lyceum school. His Rhetoric was the earliest discussion of speechmaking. Had philosophy of Plato, and practical suggestions of the Sophists. Believed rhetoric was an art – a system that could be taught.

10 ©2010 Pearson Education Aristotle Said there were different situations (“given cases”) for a speech:  Deliberative – legislative speaking (decide on a course of action)  Forensic – speaking in courts (judge a person’s past action)  Epideictic – ceremonial oratory (praise or blame the speech subject) Situations were determined by the role of listeners. 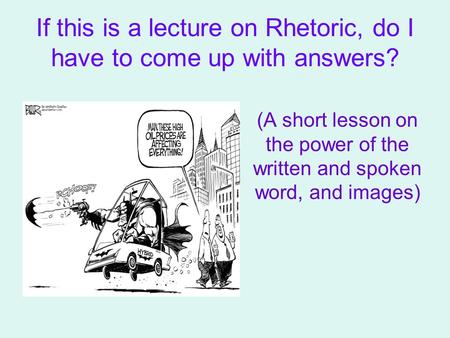 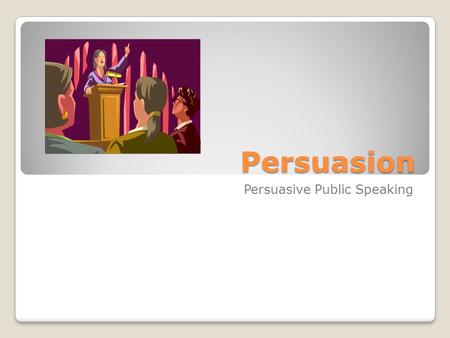 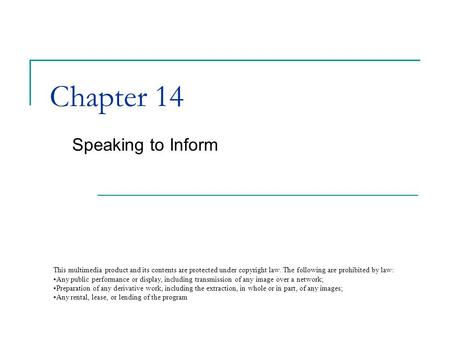 Chapter 14 Speaking to Inform This multimedia product and its contents are protected under copyright law. The following are prohibited by law: any public. 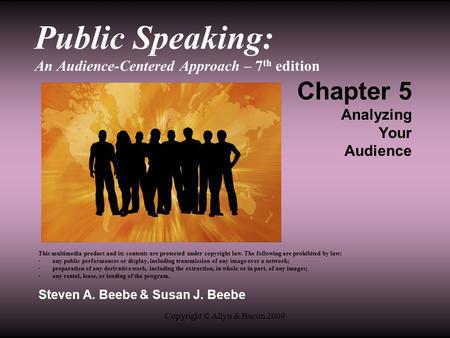 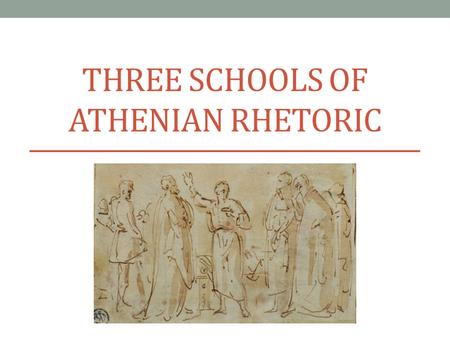 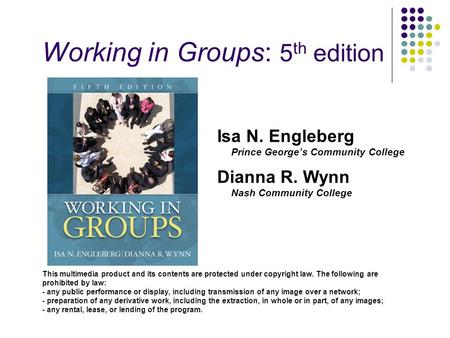 Working in Groups: 5 th edition This multimedia product and its contents are protected under copyright law. The following are prohibited by law: - any. 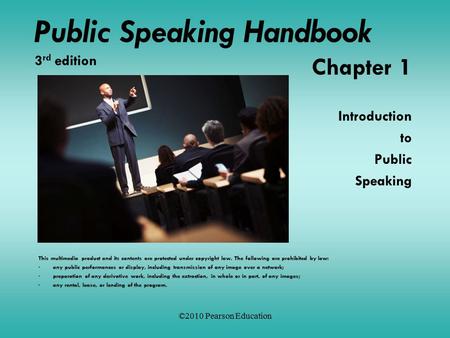 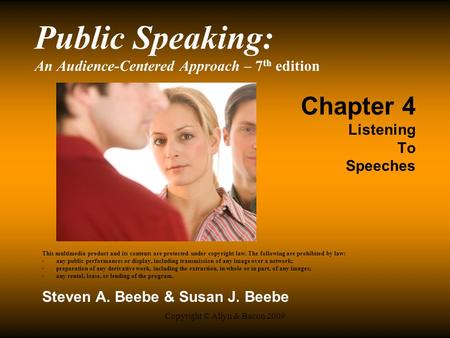 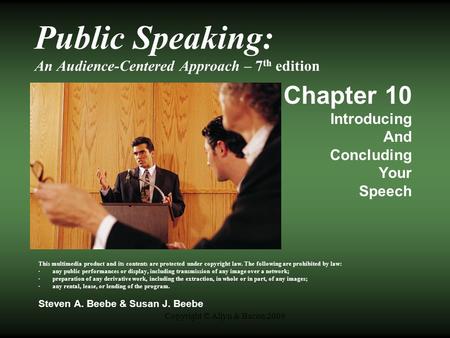 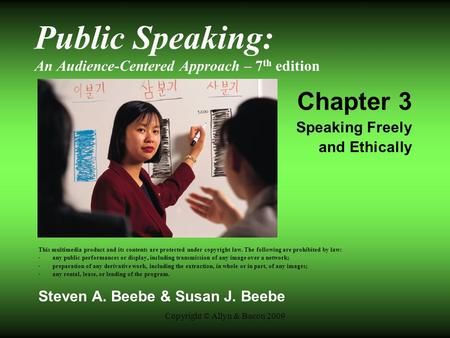 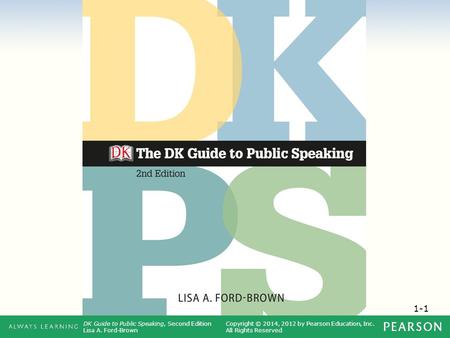 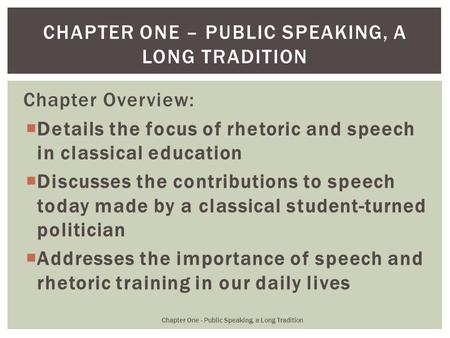 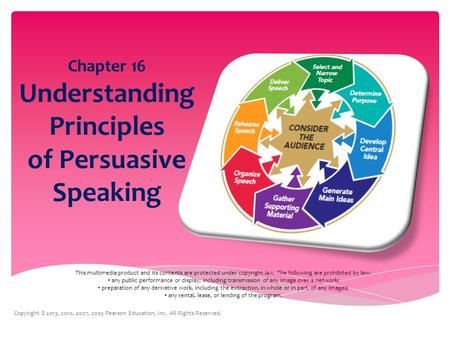 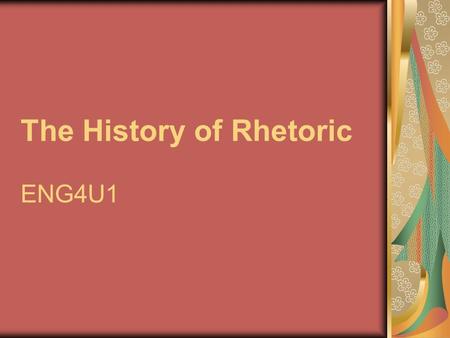 The History of Rhetoric ENG4U1. What is Rhetoric? Rhetoric is the study of the art of effective or persuasive speaking or writing Origin: Greek. 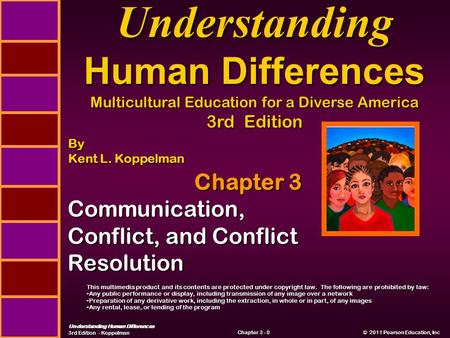 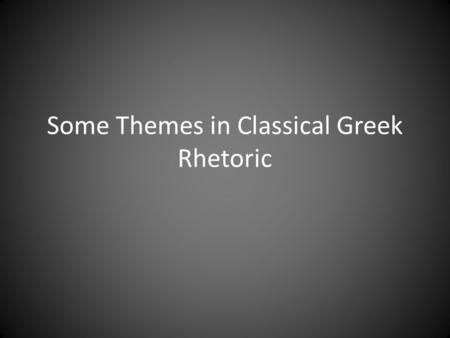 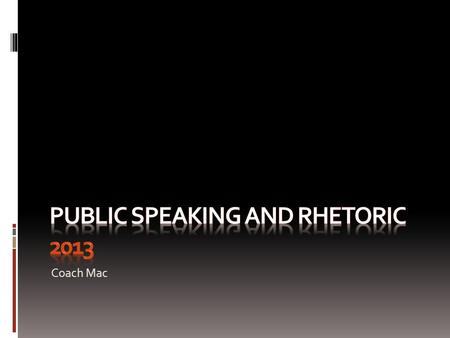 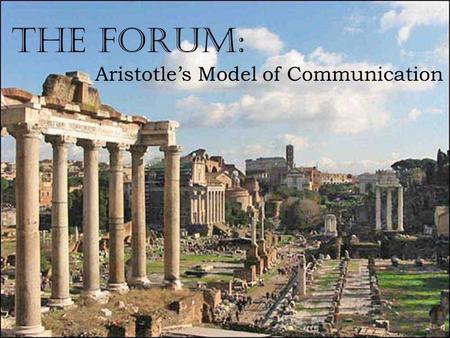 The Forum: Aristotle’s Model of Communication. Who is Aristotle? A philosopher who lived in ancient Greece about 2300 years ago. He thought and wrote.