10 Balanced and unbalanced forces Consider a camel standing on a road. What forces are acting on it? Weight Reaction These two forces would be equal – we say that they are BALANCED. The camel doesn’t move anywhere. © George Spencer School 2010

11 Balanced and unbalanced forces What would happen if we took the road away? Weight Reaction The camel’s weight is no longer balanced by anything, so the camel falls downwards… © George Spencer School 2010

12 Air Resistance Air resistance is a force that opposes motion through air. The quicker you travel, the bigger the air resistance: The same applies to a body falling through a liquid (called “drag” or “upthrust”). © George Spencer School 2010

16 Force and acceleration If the forces acting on an object are unbalanced then the object will accelerate, like these wrestlers: Force (in N) = Mass (in kg) x Acceleration (in m/s 2 ) F AM © George Spencer School 2010

20 Work done When any object is moved around work will need to be done on it to get it to move (obviously). We can work out the amount of work done in moving an object using the formula: Work done = Force x distance moved in J in N in m W DF © George Spencer School 2010

22 Work and Power The POWER RATING of an appliance is simply how much work it does (i.e. how much energy it transfers) every second. In other words, 1 Watt = 1 Joule per second W TP W = Work done (in joules) P = Power (in watts) T = Time (in seconds) © George Spencer School 2010

23 Some example questions 1)What is the power rating of a light bulb that transfers 120 joules of energy in 2 seconds? 2)What is the power of an electric fire that transfers 10,000J of energy in 5 seconds? 3)Isobel runs up the stairs in 5 seconds. If she transfers 1,000,000J of energy in this time what is his power rating? 4)How much energy does a 150W light bulb transfer in a) one second, b) one minute? 5)Simon’s brain needs energy supplied to it at a rate of 40W. How much energy does it need during a physics lesson? 6)Ollie’s brain, being more intelligent, only needs energy at a rate of about 20W. How much energy would his brain use in a normal day? © George Spencer School 2010

26 Terminal Speed Consider a skydiver: 1)At the start of his jump the air resistance is _______ so he _______ downwards. 2) As his speed increases his air resistance will _______ 3) Eventually the air resistance will be big enough to _______ the skydiver’s weight. At this point the forces are balanced so his speed becomes ________ - this is called TERMINAL SPEED Words – increase, small, constant, balance, accelerates © George Spencer School 2010

32 Weight vs. Mass Earth’s Gravitational Field Strength is 10N/kg. In other words, a 1kg mass is pulled downwards by a force of 10N. W gM Weight = Mass x Gravitational Field Strength (in N) (in kg) (in N/kg) 1)What is the weight on Earth of a book with mass 2kg? 2)What is the weight on Earth of an apple with mass 100g? 3)Dave weighs 700N. What is his mass? 4)On the moon the gravitational field strength is 1.6N/kg. What will Dave weigh if he stands on the moon? © George Spencer School 2010 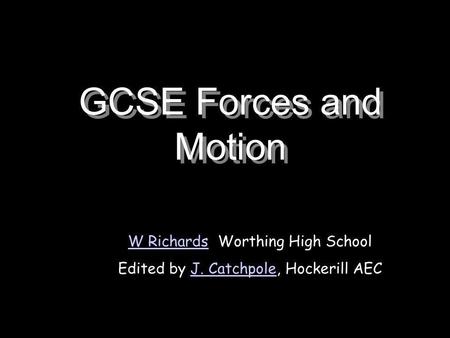 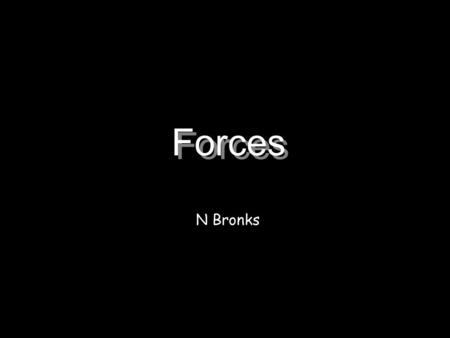 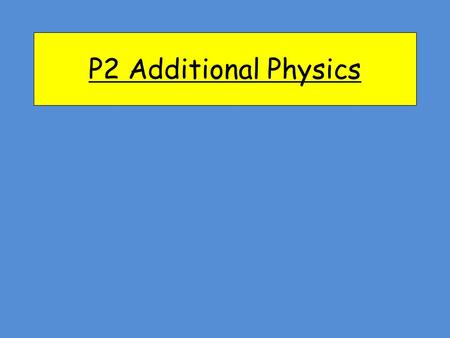 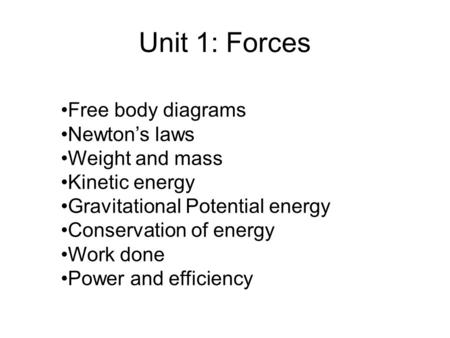 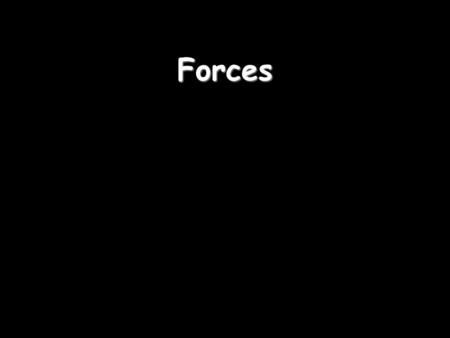 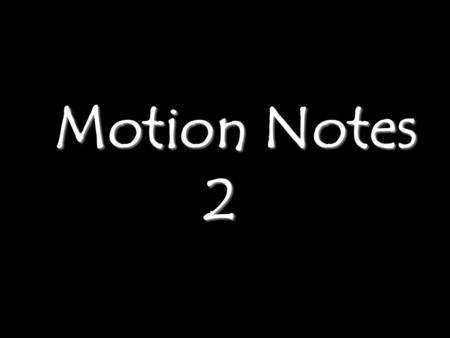 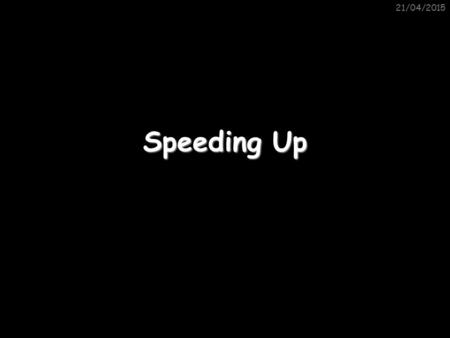 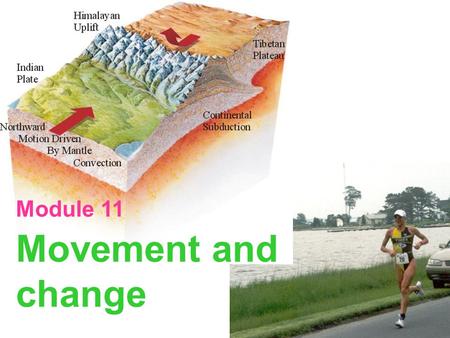 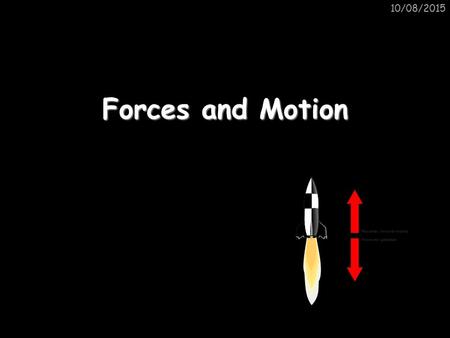 10/08/2015 Forces and Motion. What is motion? In Physics, motion is referred to as the movement of an object in relation to time and its reference point. 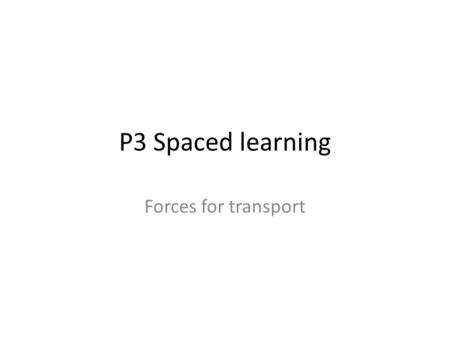 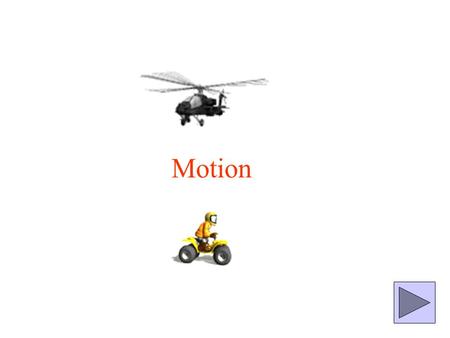 Motion. There are four sections to this…. 1. Speed and Acceleration 2. Forces 3. Work 4. Power Click on the section you want. 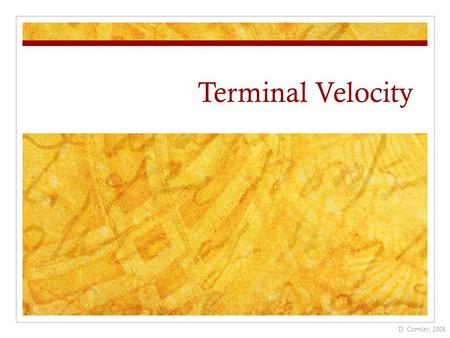 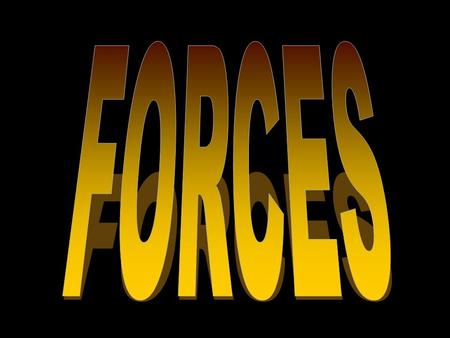 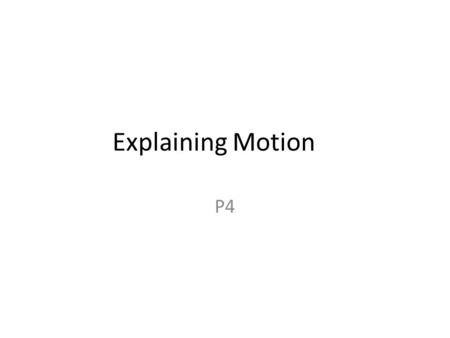 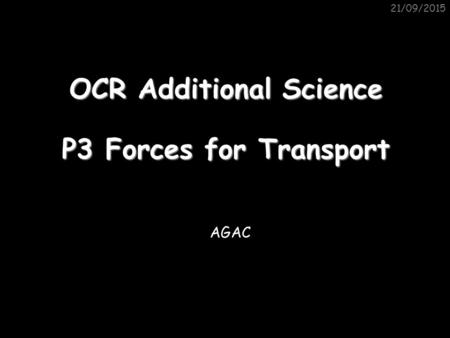 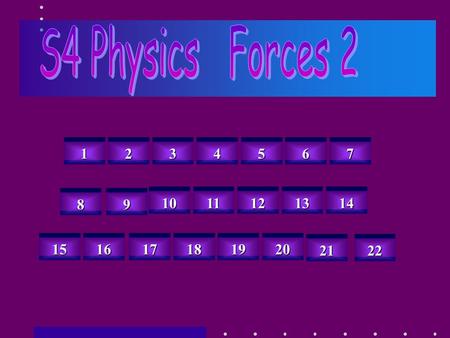 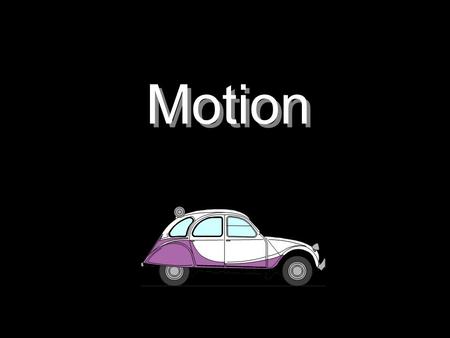 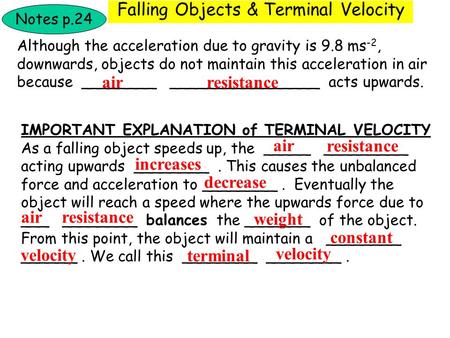 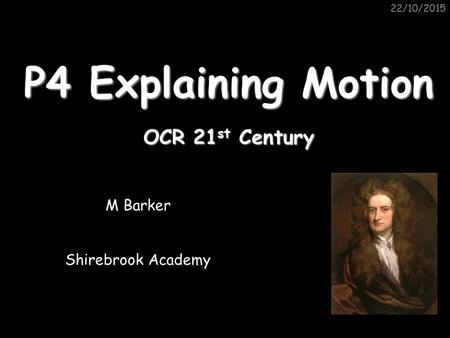