2 Stimulants Stimulants are a group of drugs that increase the activities of the central nervous system. They increase the sense of alertness, and increase blood pressure and heart rate. Tolerance to stimulants occurs very quickly. A person who has been using stimulants and stops will experience a marked reduction in energy. The person might become depressed and lose the ability to concentrate.

3 Stimulants (cont.) Cocaine is a highly addictive stimulant drug obtained from the leaves of the coca bush. Cocaine can be absorbed through any mucous membrane, and is circulated to the heart, lungs, and other body organs. The effects are almost immediate. When inhaled, cocaine reaches the brain in 3 minutes; when injected, in 15 seconds; when smoked, in 7 seconds.

5 Stimulants (cont.) Crack is a purified form of cocaine that produces an extremely rapid and intense reaction. The effects of crack are 10 times greater than that of inhaled cocaine. Crack is one of the most addictive substances known to man- the user becomes addicted after only one use!

7 Stimulants (cont.) The term new generation stimulants is often used to describe crank and ice, two dangerous stimulants. Crank is an illegal amphetamine-like stimulant, with effects similar to cocaine and crack. The difference is that crank’s effects last longer. Ice is a smokeable form of pure meth. The effects of ice, however, last longer than crack.

8 Sedative-Hypnotic Drugs
Sedative-hypnotic drugs are also referred to as depressants, due to the fact that they depress the activities of the central nervous system. Sedatives are drugs that have a calming effect on behavior. Hypnotic drugs are drugs that promote drowsiness and sleep. Barbiturates are a type of sedative that used to be prescribed by physicians to help people sleep. However, they are rarely prescribed today because they are dangerous.

9 Sedative-Hypnotic Drugs (cont.)
Tranquilizers are sedatives that are prescribed by physicians to help treat anxiety. A person who takes tranquilizers must be very careful. The dose is very important. The person must pay attention to the warnings for safe use. Tranquilizers may produce side effects such as dizziness, nausea, and headaches. They can also easily produce psychological dependence.

10 Narcotics Narcotics are a group of drugs that slow down the central nervous system, cause drowsiness, and can be used as painkillers. Narcotics slow down body functions such as breathing and heart rate. Some narcotics have medical uses when prescribed by a physician. Morphine and codeine are two such examples.

11 Narcotics (cont.) Heroin is an illegal narcotic drug derived from morphine. Heroin has no approved medical uses. Users often share needles to inject heroin and risk infection with HIV and/or hepatitis. All narcotics are dangerous when misused or abused. They rapidly produce both physical and psychological dependence. When taken in conjunction with a depressant such as alcohol, death can occur.

12 Marijuana and Hashish Marijuana is a drug containing THC that impairs short term memory and changes mood. In some states, marijuana is a controlled drug, prescribed to treat glaucoma as well as the harmful effects of radiation therapy and chemotherapy. In other states, such as Florida, marijuana is an illegal drug. Hashish is a drug that comes from the marijuana plant, but is much stronger than marijuana.

13 Marijuana and Hashish (cont.)
Marijuana and hashish are dangerous for several reasons: They affect memory and interfere with judgment. They are harmful to a person’s physical health (including respiratory problems, reduced immune system). They are illegal.

14 Hallucinogens Hallucinogens are a group of drugs that interfere with the senses and distort reality. Their effects may last for 12 hours or more. LSD and mescaline are powerful hallucinogens that can cause a person to totally lose touch with reality. They are fat-soluble and therefore stay in the body for a long time. They may produce flashbacks, sudden illusions that a person may have long after using the drug.

17 Drug Slipping Drug slipping or dosing is intentionally placing a drug into someone’s food or beverage without their knowledge. These drugs usually do not have a smell or taste when mixed with food or drink. These drugs can cause a person to become unconscious. The affected person may have no memory of what happened. Do not ever leave your food/drink unattended! 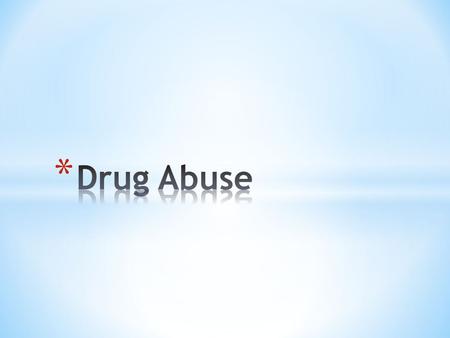 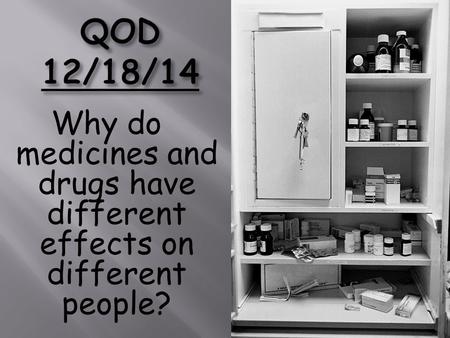 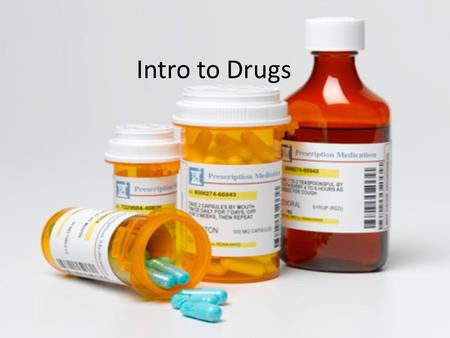