2 I. MEDIA CRITICISM/CULTURAL STUDIES A. Analysis of media texts, controversial issues related to the media, and/or the structure & operation of media institutions.  1. Not the same as media reviewing, but an interpretative & evaluative process.  2. Attempts to answer one or more RQ(s)  3. Documentation/evidence is from the media text/artifact itself.  4. Methodology usually derived from theory (sometimes called a model)

3 B. Cultural Studies 1. Interdisciplinary—No one set theory or method 2. 1960s--Birmingham Centre for Contemporary Cultural Studies in Britain 3. Basic Assumptions:  a. Examine relationship between culture & power 1) Culture is a site of the production of power, & the struggle over power 2) Cultures always multiple with meanings contested 3) Culture is complex 4) Not everything is culture, or can be explained in cultural terms

5 Cultural Studies, con’t. 4. Major goal is to enhance media literacy in the general population (criticism is both pragmatic as well as theoretical) 5. Most media critics freely admit their subjectivity in dealing with social texts, believing that it is impossible to be completely "objective“ 6. Focus on issues of meaning & representation; subjectivity & identity; and/or society, culture, & power, as these issues affect the communication process

6 Cultural Studies, con’t. 7. A cultural studies critic analyzes “texts”(or media messages), considering the following:  a. The nature of culture--often popular culture conveyed through the mass media; examines how power enters into people's everyday life.  b. The nature of context--where are cultural texts located?  c. The nature of the effects of cultural practices & contexts  d. The nature of meaning & representation  e. The nature of power & its organization in society

7 Cultural Studies, con’t. 8. Audience responses (S. Hall)—audiences not passive; 3 ways to decode any cultural message:  a. The preferred "reading" of a text--a "naive" decoding, accepts dominant meaning  b. The negotiated reading 1) Accept parts of the message, but adapt others to your own frame of reference (e.g. Trekkers with Star Trek) 2 “Poaching the text” (Jenkins)  c. The oppositional or resistant reader--deconstruct the narrative, take it apart, argue with it, refuse to accept it as constructed.

8 C. General types of media criticism (may be combined): 1. Aesthetic--an analysis of the artistic qualities of the media text/artifact 2. Audience-centered--how messages are interpreted by audiences; also analyzes possible effects on audiences (may be rhetorical or use Reception Theory) 3. Pragmatic--how might media texts/artifacts, institutions, policies, etc. function to attain specific professional goals? 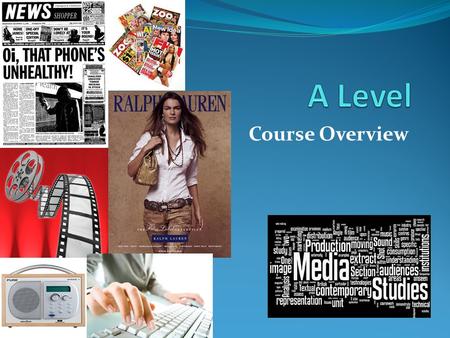 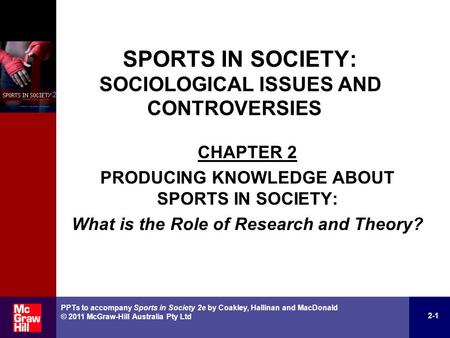 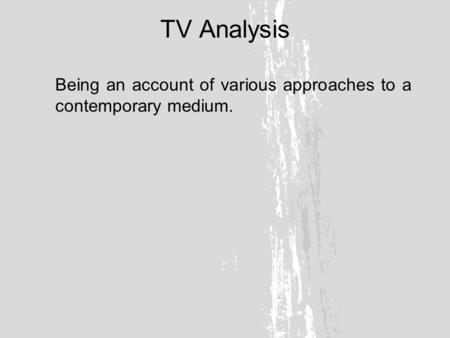 TV Analysis Being an account of various approaches to a contemporary medium. 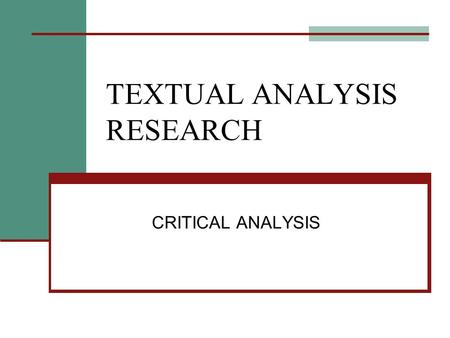 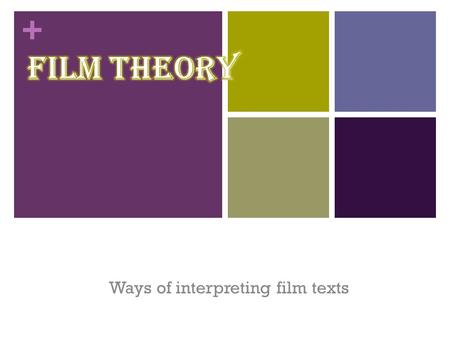 + Ways of interpreting film texts. + How do viewers discern meaning in film texts? Are we “meaning detectives”- with our main job to look for the meanings. 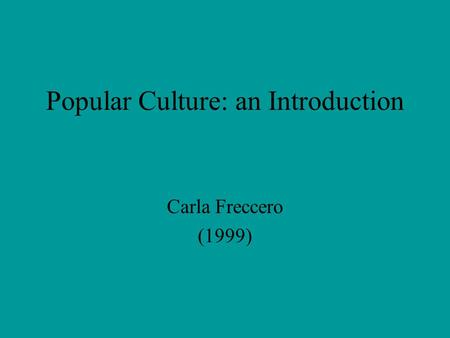 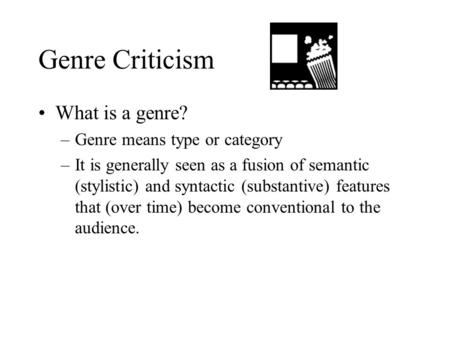 Genre Criticism What is a genre? –Genre means type or category –It is generally seen as a fusion of semantic (stylistic) and syntactic (substantive) features. 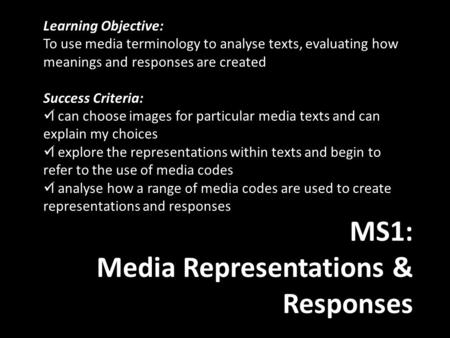 MS1: Media Representations & Responses Learning Objective: To use media terminology to analyse texts, evaluating how meanings and responses are created. 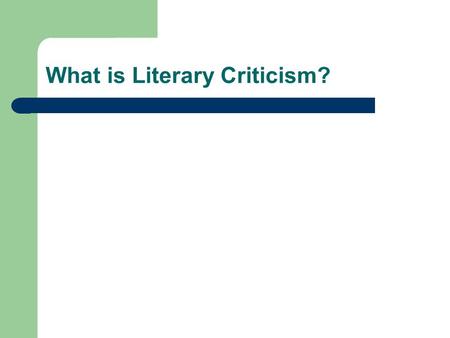 What is Literary Criticism?. What is literature? Any work with a unique aesthetic quality? Texts that have stood the test of time? Works of the imagination/creative. 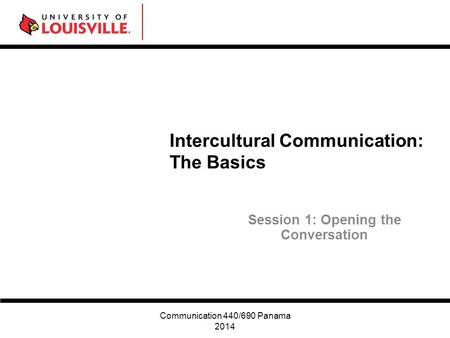 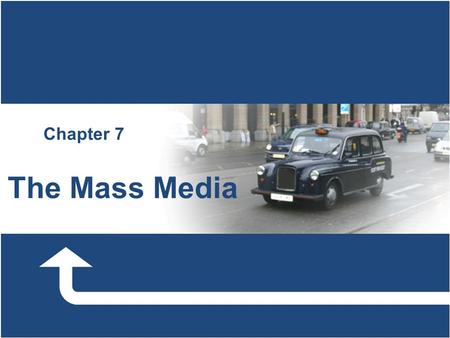 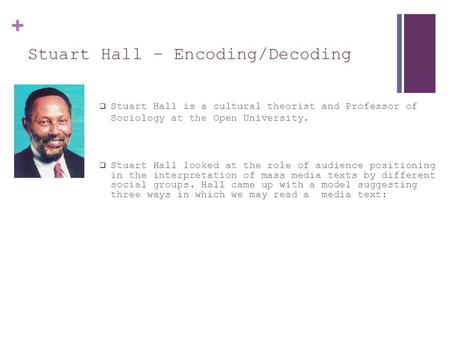