2 2 Part 1 – Mission To protect the public safety, to ensure the safety of Department personnel, and to provide proper care and supervision of all offenders under our jurisdiction while assisting, as appropriate, their re-entry into society. Public safety is our mission.

3 3 Three Points for Public Safety Resources – Maintain human and physical (facility) resources – to provide for the safety of the public, our employees and inmates. Anti-Recidivism Programs – Reduce future crime and future victims of crime, and need for prison- bed growth. Florida Law – Directs the Department to seek appropriate alternative placements for inmates to better prepare them for re-entering society.

5 5 Current Situation All state agencies must identify potential budget reductions equating to 10% of their budget. Considerations: –DOC is already facing a $28 million deficit this fiscal year. The Department actually faces a $38 million deficit for its inmate health services programming. –DOC will spend roughly $164 million on prison construction this fiscal year. –At the current pace, DOC will need another $250 million for prison construction in fiscal year 2008-2009, and over one billion dollars for the next five years. –These recurring appropriations parallel increases to the Departments operating costs.

6 6 Guiding Principles Maintain the highest level of public security possible. Consider only inmates who are deemed the least risk. Utilize various forms of offender management and supervision to maximize public safety. Pay the utmost deference to Floridas Stop Turning Out Prisoners Act (S.T.O.P.). Enhance DOCs compliance with its statutory mandates to link offenders with services and skills that will enhance the likelihood that they re-enter society as a productive and contributing citizen, thereby reducing the recidivism rate.

10 10 Proposal 2 – Supervised Re-Entry Year-and-a-Day Diversion Proposal: –Provide DOC with authority to divert offenders, with an initial state commitment of less than one year, to temporary housing at approved residences in the community. –Require these inmates to report weekly to the Department (includes employment verification and drug testing). –Provide additional supervision of inmates at home and in workplace with help of probation officers. Savings: –FY 07-08 = $26M operating & $164M construction. –FY 08-09 = $141M operating & $190M construction.

11 11 Supervised Re-Entry (Year-and-a-Day Diversion) Advantages: –Consistent with the 85% law. –Many of these offenders were not appropriately placed in prison at the outset. –When accounting for jail time already served and time spent in DOCs reception process, many inmates have already served 6 months incarcerated. –Failure to comply constitutes serious crime – Escape. –Enhanced transitional experience.

13 13 Periodic Gain Time Awards Advantages: –Consistent with the 85% law. –Sex offenders and inmates sentenced to life in prison or on death row are ineligible. –Only amounts to a minimal change in the release date for inmates. –Gain time can be withheld, revoked, or reduced as determined by inmate behavior. –Gain time awards only need to be used to the extent that desired savings are achieved.

14 14 Proposal 4 – Control Release Proposal: –Lower the Control Release trigger to 96% of capacity. –Place Control Release under the DOCs control. –Constitutes a back-up plan; not a primary mechanism. Advantages: –Sex offenders and violent offenders would be excluded. –Other overcrowding mechanisms do not allow DOC to review offenders based on their risk to public safety.

15 15 Part 3 – Discussion The proposals are consistent with Florida Law, which directs DOC to seek appropriate alternative placements for inmates to better prepare them for re-entering into society. The proposals hold harmless an existing and hopefully expanding menu of re-entry initiatives, which allow the Department to: –Reduce the number of future crimes and future victims of crime. –Prepare the best candidates for re-entry, supervise those inmates through the process, and provide greater assurances to the public. –Provide continual cost-savings to the taxpayer through a reduced need for future prison-bed growth. The proposals preserve critical resources so the Department can provide safety for its employees, offenders and the general public.

16 16 Florida Law Florida Law provides that: –Alternatives are needed to institutionalization. –Judges can utilize community corrections and programs that are targeted to offenders to better prepare them for re-entry into society. –Vocational training and assistance in job placement are integral. Further, Florida law states that the correctional system would: –Separate dangerous or repeat offenders from non-dangerous offenders, who have potential for rehabilitation. –Divert from expensive institutional commitment those individuals who can be placed in less costly and more effective environments. –Make available to those offenders, who are capable of rehabilitation, job training and placement assistance to help their re-entry.

17 17 Re-Entry Programs Already Save Money and Lives DOCs re-entry programs, like substance abuse treatment, vocational training, academic education, life-skills management, and faith and character-based programs have some major benefits: –Crime prevention is victim prevention. –A smart re-entry strategy will save money in the long-term. –Lower criminal offending reduces the demand on criminal justice services like police investigations, court costs, and prosecuting and defending crimes. –We can keep our offenders from going to county jails too.

19 19 Savings Through Education and Vocational Training The most recent data available to the Florida Department of Corrections shows a decrease in recidivism of 3.5% for males and 4.0% for females for each higher education grade tested. The Department has also found that as reading grade levels are improved so is the probability of employment. The average inmate enters Floridas correctional system at the sixth grade reading level. The Department is expanding vocational opportunities through partnerships with the Agency for Workforce Innovation, PRIDE, Habitat for Humanity, the Florida Homebuilders Association and other private sector entities.

20 20 Preserving Critical Human Resources Since 1999 more than 4,200 positions and $225 Million in recurring costs were eliminated. These cuts included 200 maintenance and 919 administrative positions, forcing correctional officers to leave their post to fulfill non-security related duties. Over the next five years, the inmate population is expected to rise from 93,000 to 108,000 inmates. A 2006, MGT of America report found that DOC correctional officers were frequently not able to cover post assignments, in order to perform other duties.

21 21 Preserving Critical Human Resources Community Corrections (Probation) is a critical last step towards re-entry for many offenders. Any reduction in probation officers creates increases in caseloads. Caseload increases would also force a refocusing of priorities, from re-entry and rehabilitative efforts to concentration on a small offender population, determined by potential threat to the public. 55 offenders on probation have committed 58 homicides in 2007. 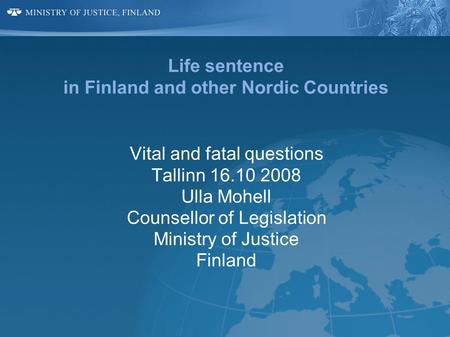 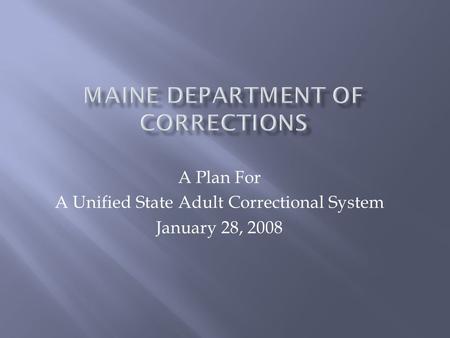 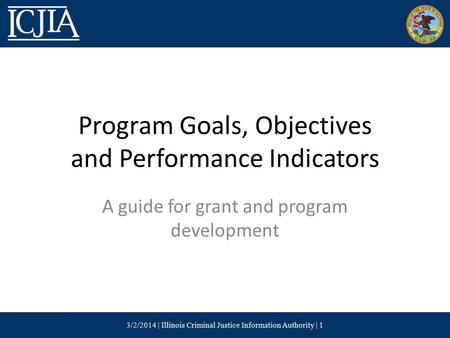 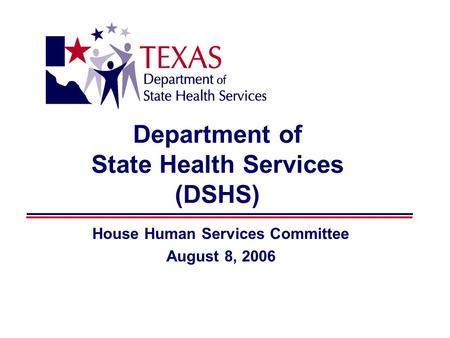 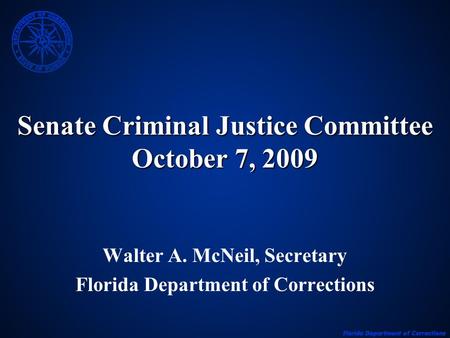 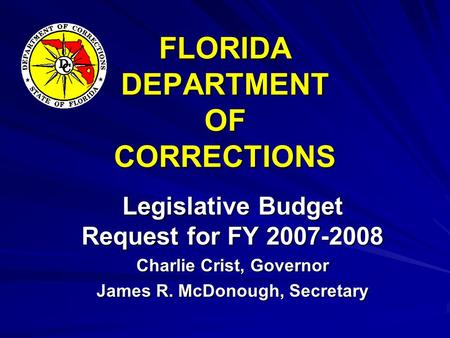 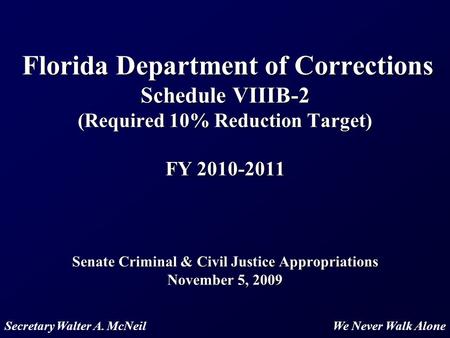 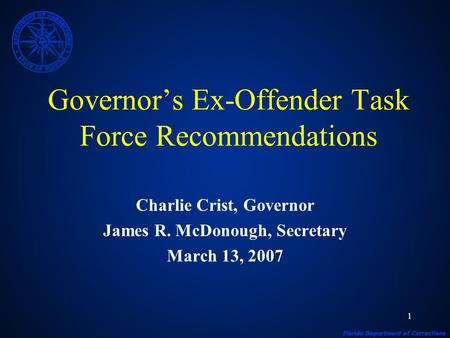 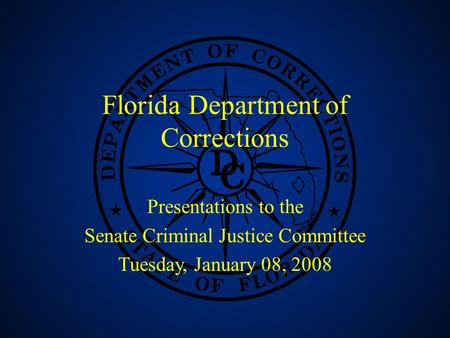 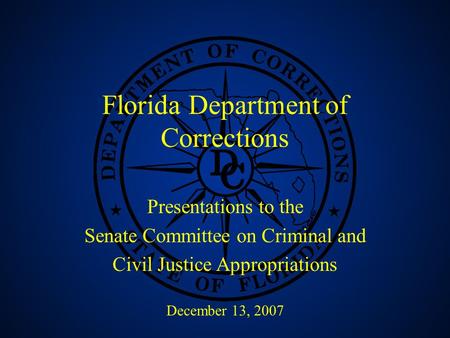 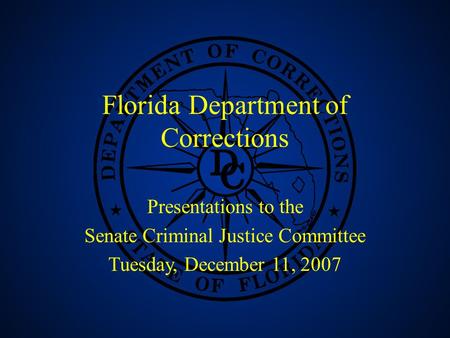 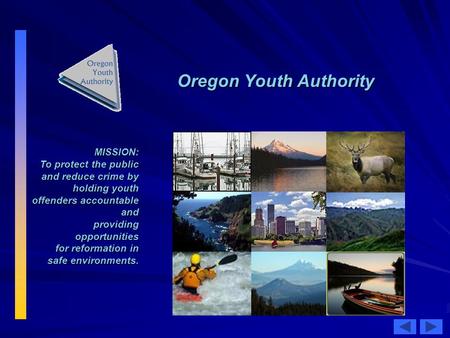 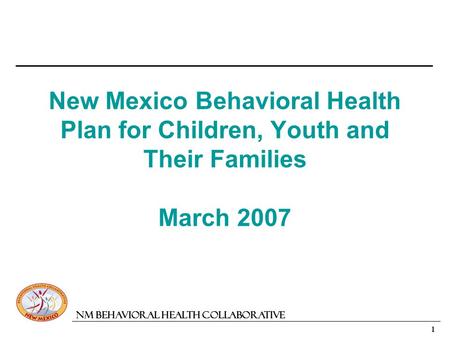 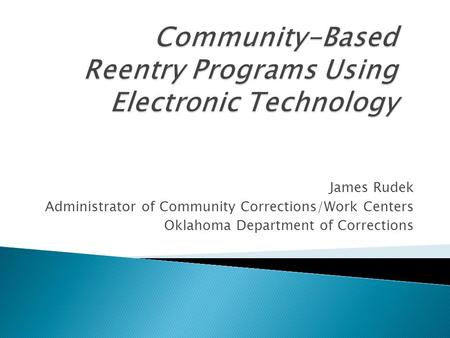 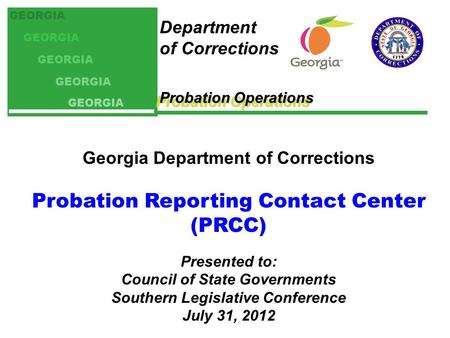