3 DNA Transcription DNA must be copied to messenger RNA (mRNA)
mRNA goes from nucleus to the ribosomes in cytoplasm mRNA complements known as codons Only 3 nucleotide “letters” long Remember RNA has uracil (U) instead of thymine (T)!

11 Protein Synthesis Start: Ribosome binds to mRNA at start codon (AUG)
Elongation: tRNA complexes bind to mRNA codon by forming complementary base pairs with the tRNA anticodon The ribosome moves from codon to codon along the mRNA. Amino acids are added one by one Release: release factor binds to the stop codon 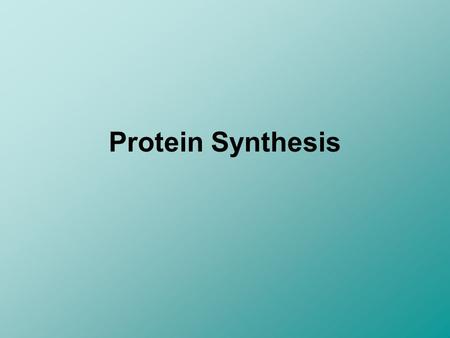 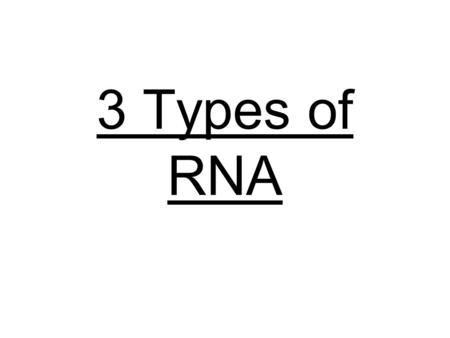 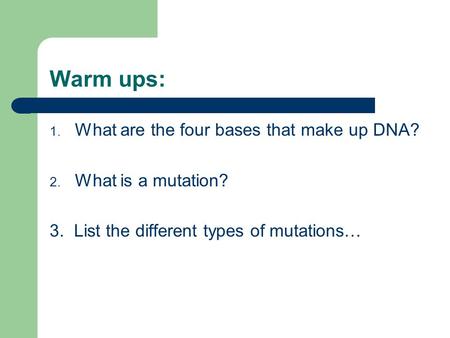 Warm ups: 1. What are the four bases that make up DNA? 2. What is a mutation? 3. List the different types of mutations… 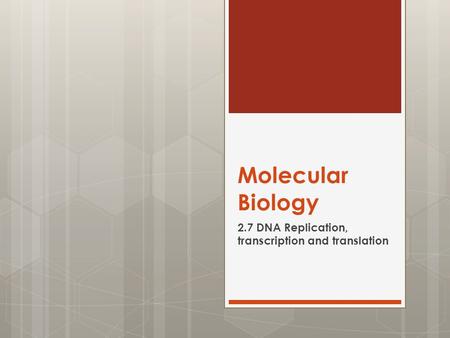 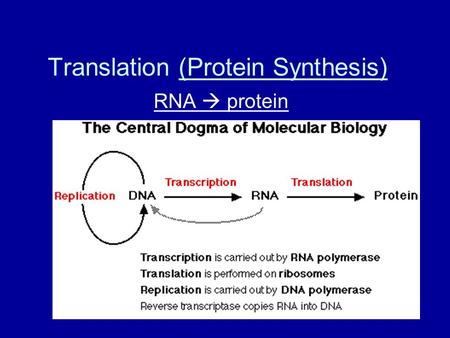