ECA. Verbals Infinitives – to + verb ; acts as a noun, adjective, or adverb – I did not want to continue to learn about slavery. Participles – ends in.

Presentation on theme: "ECA. Verbals Infinitives – to + verb ; acts as a noun, adjective, or adverb – I did not want to continue to learn about slavery. Participles – ends in."— Presentation transcript:

5 Semicolons To separate two independent clauses – The concert was about to begin; I didn’t know if I could handle the excitement. Separate items in a list when there are already commas in the list – The distinguished guests at the meeting included Tom Jones, mayor; Bill White, police chief; and Sarah Arnold, Holocaust survivor.

6 Colons Separate hour and minute – 10:23 Separate Bible chapter and verse – Psalms 22:6 After a salutation (greeting) in a letter – Dear Mrs. Riley: Introduce a list or a long/formal quote – You can pick from the following colors: red, yellow, and blue.

7 Commas Separate two independent clauses with a comma and a conjunction – The girls went to the party, and they had a good time. In a list (before the “and”) – The flag was red, white, and blue. After an introductory clause – Before he could go to the party, he had to clean up his room.

8 Hyphens - Used to separate descriptor words that come before the noun – He was a well-known artist. – The artist was well known. Use after certain prefixes – I asked him to re-sign the petition so I could turn it in.

Download ppt "ECA. Verbals Infinitives – to + verb ; acts as a noun, adjective, or adverb – I did not want to continue to learn about slavery. Participles – ends in." 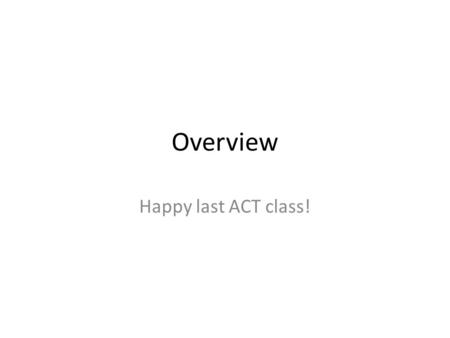 Overview Happy last ACT class!. Differences between dashes, parenthesis, and commas Parentheses are used for digressions - things that could be completely. 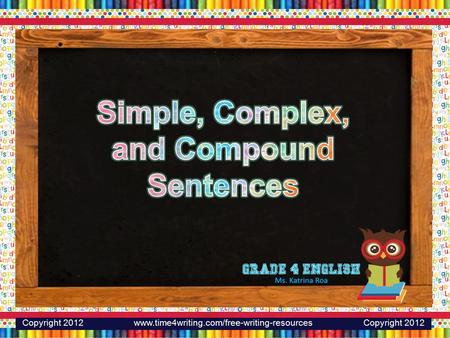