5 Rectangle A parallelogram with four right angles.
The diagonals of a rectangle are congruent.

7 Square A rectangle in which all sides are of equal length.

8 Trapezoid What is a trapezoid?
A quadrilateral in which only one pair of opposite sides are parallel.

9 Isosceles Trapezoid A trapezoid in which the nonparallel sides are equal. 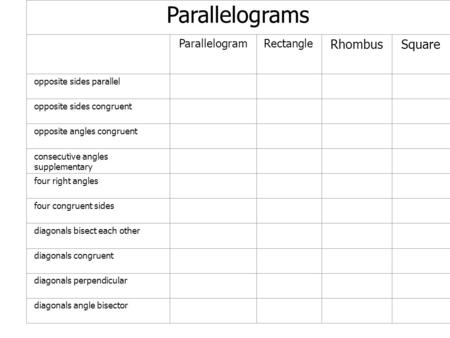 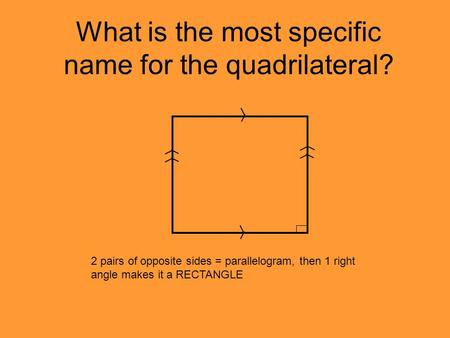 What is the most specific name for the quadrilateral? 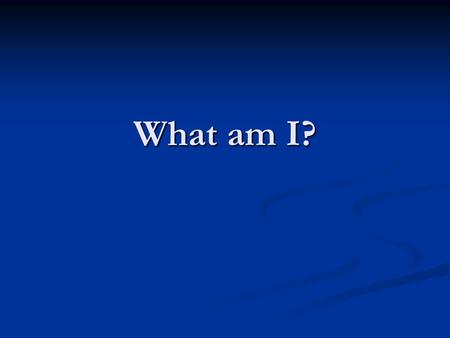 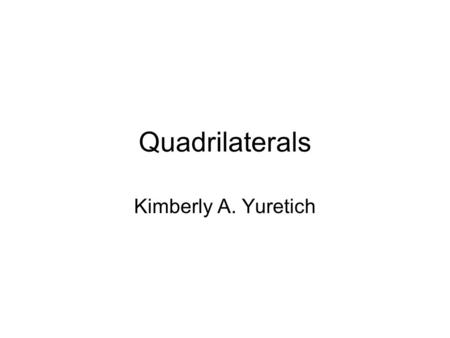 Quadrilaterals Kimberly A. Yuretich. Objectives To identify any quadrilateral, by name, as specifically as you can, based on its characteristics. 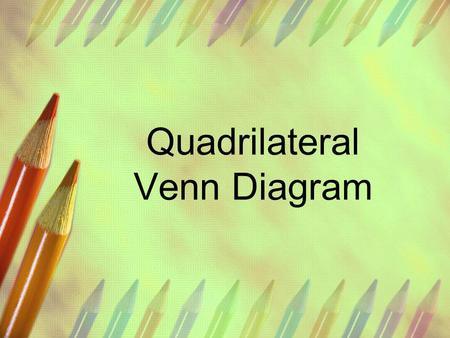 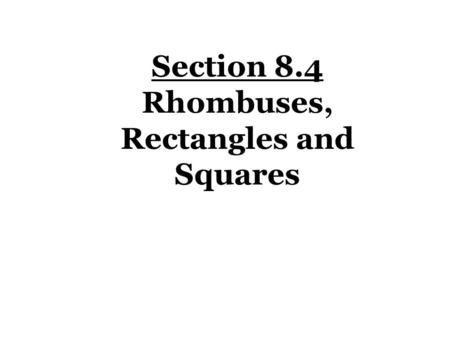 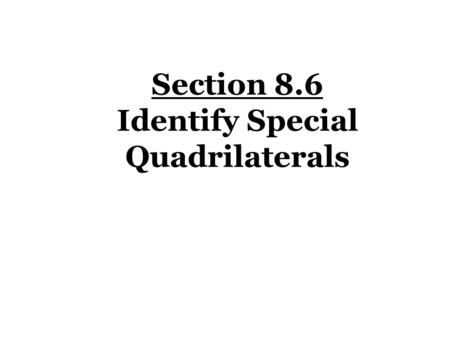 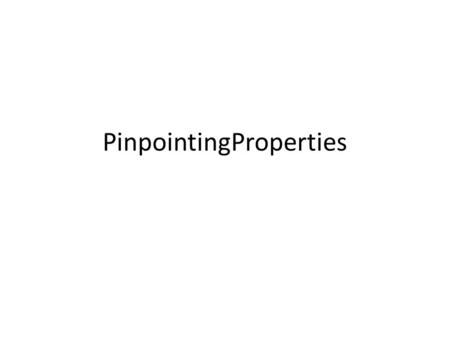 PinpointingProperties. Trapezoids Make these trapezoids on your geoboard. How many sides? How many angles? Are any sides congruent? No sides are congruent. 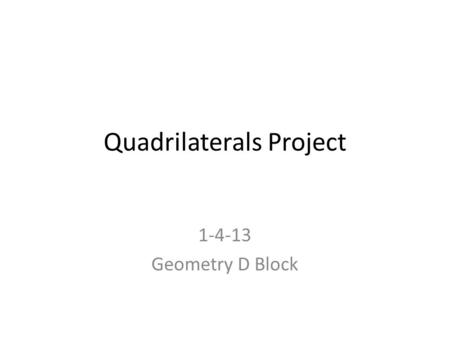 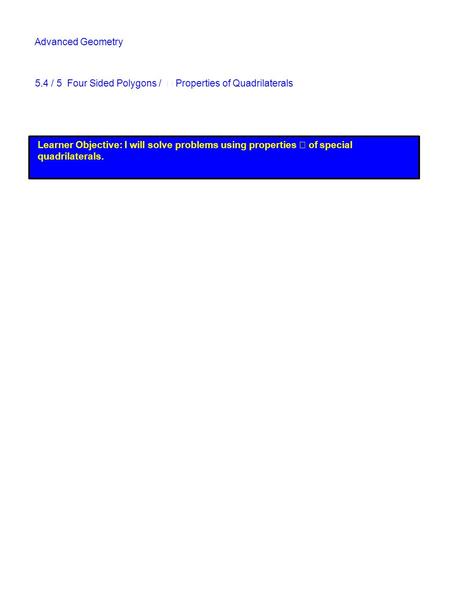 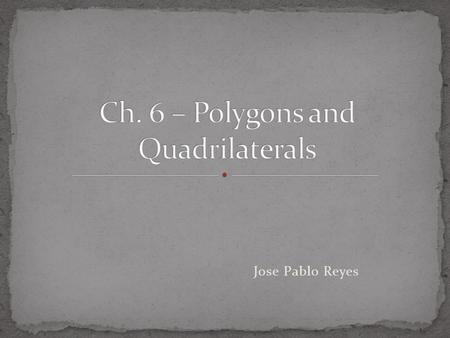 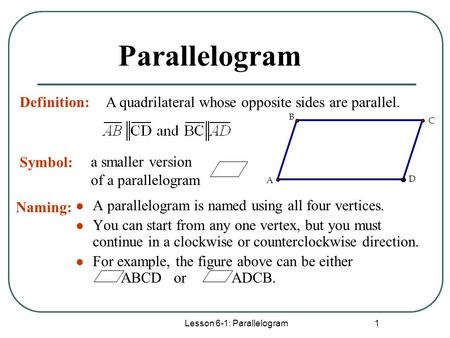 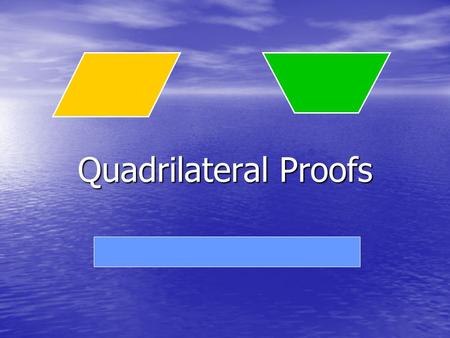 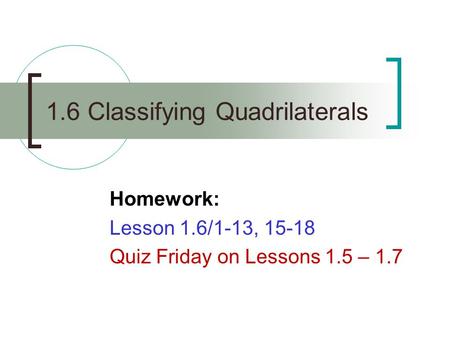 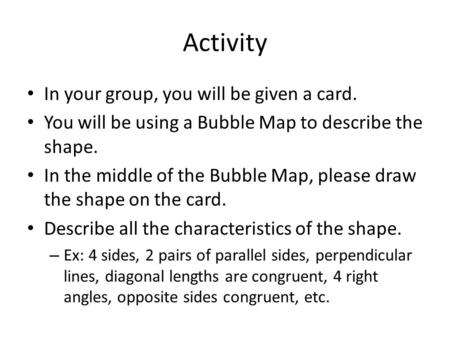 Activity In your group, you will be given a card. You will be using a Bubble Map to describe the shape. In the middle of the Bubble Map, please draw the. 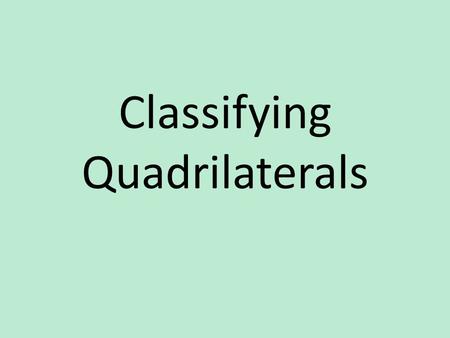 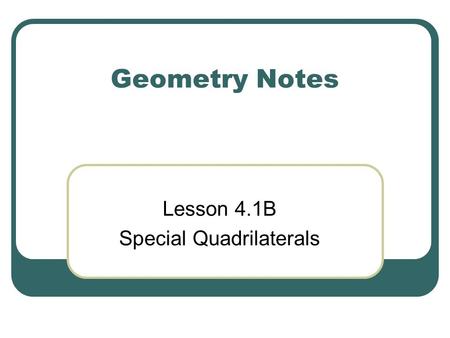 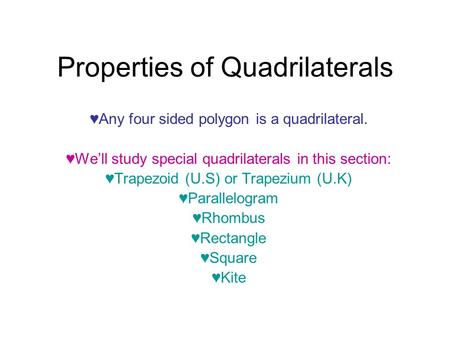 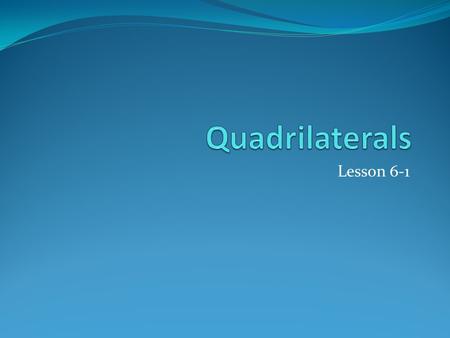