2 2 Dispute Settlement Mechanism A result of the Uruguay Round Frequently linked to: Subsidies Anti-dumping Technical barriers to Trade (labeling)

3 3 Anti-dumping If a company exports a product at a price lower than the price it normally charges on its own home market, it is said to be “dumping” the product. Is this unfair competition? The WTO agreement does not pass judgement. Its focus is on how governments can or cannot react to dumping — it disciplines anti-dumping actions through the “Anti-Dumping Agreement”.

4 4 Anti-dumping Agreement on Art. 6 of GATT 1994 Company action WTO regulates how countries can react Proven injury to domestic industry Allows countries to act in a way that would normally break GATT rules on binding tariffs and non-discriminatory action

5 5 How to determine dumping 1. Price comparisons 2. Calculation of costs and normal profits 3. Determine if domestic industry is hurt 4. Dumping margin must be > 2 % 6. Exporter must have > 3 % of imports

7 7 Countervailing duties If dumping is proven If > 3 % If domestic industry is hurt: then import country can set special duty to compensate

8 8 Anti-dumping vs Subsidies Similarities: Many countries handle both issues in one law and have similar procedures Differences: Anti-dumping: Companies Subsidies: Countries

9 9 DISPUTE SETTLEMENT MECHANISM “WTO’S MOST IMPORTANT INDIVIDUAL CONTRIBUTION TO THE STABILITY OF THE GLOBAL ECONOMY. WITHOUT ENFORCEMENT, THE RULES- BASED SYSTEM WOULD BE WORTHLESS” Renato Ruggiero, former DG of WTO

10 10 Responsibility of the Dispute Settlement Body (the General Council in another guise) HOW ARE DISPUTES SETTLED ?

11 11 sole authority to establish “panels” of experts to consider the case accepts or rejects the panels’ findings or the results of an appeal monitors the implementation of the rulings and recommendations, the power to authorise retaliation when a country does not comply with a ruling Dispute Settlement Body: 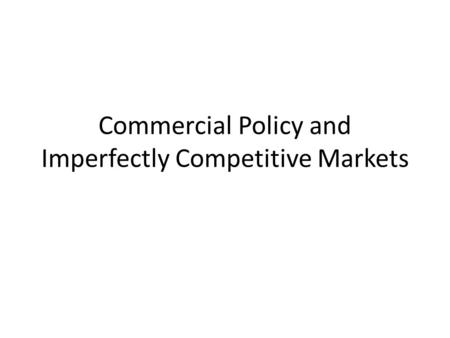 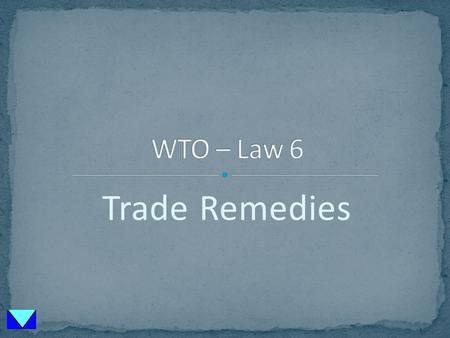 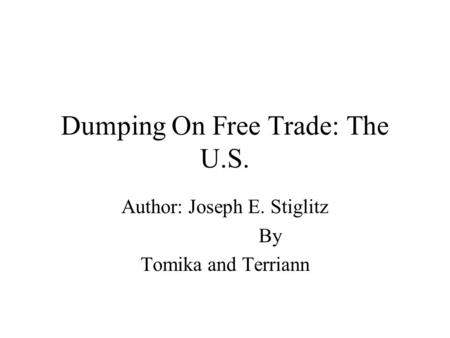 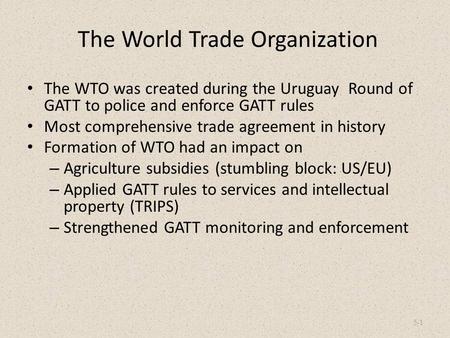 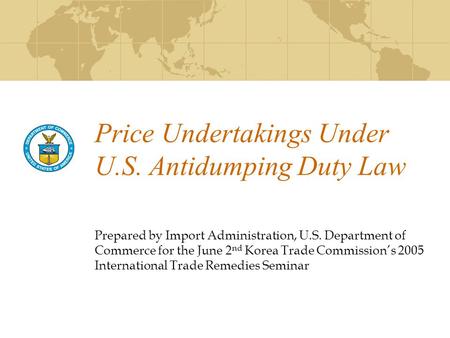 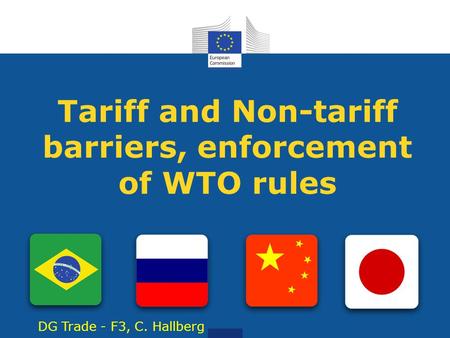 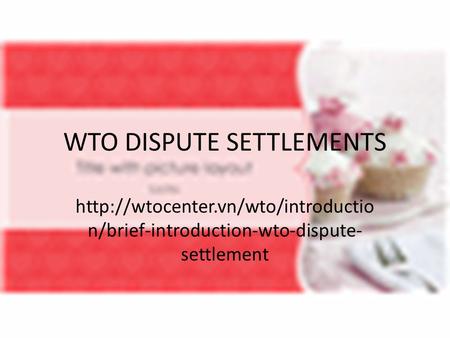 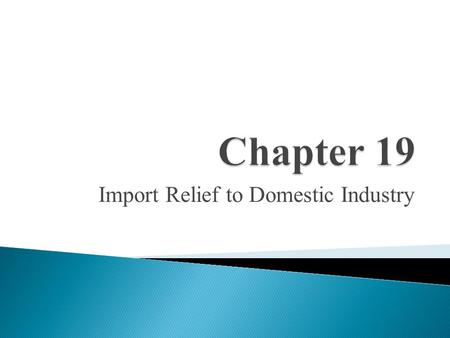 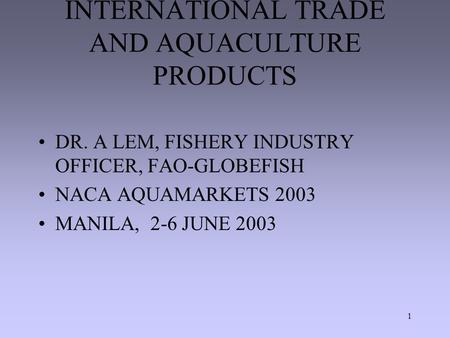 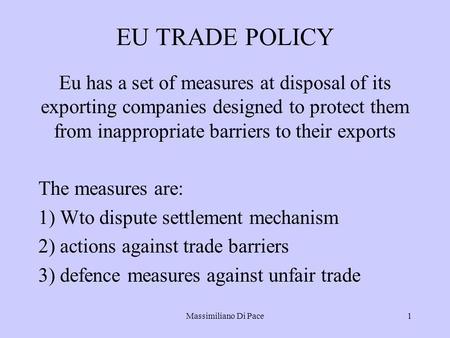 Massimiliano Di Pace1 EU TRADE POLICY Eu has a set of measures at disposal of its exporting companies designed to protect them from inappropriate barriers. 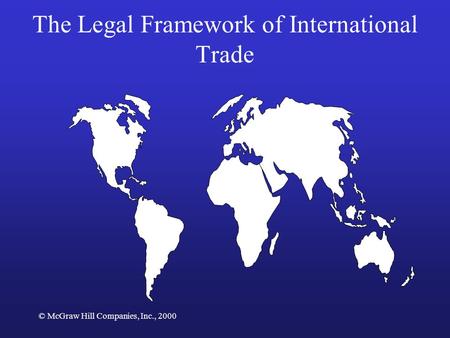 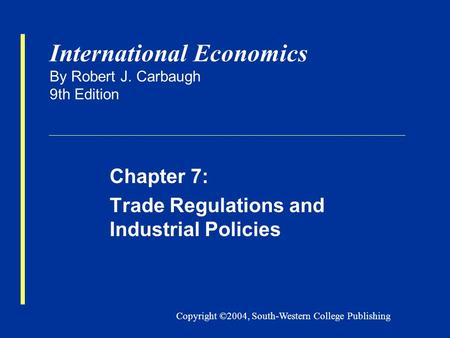 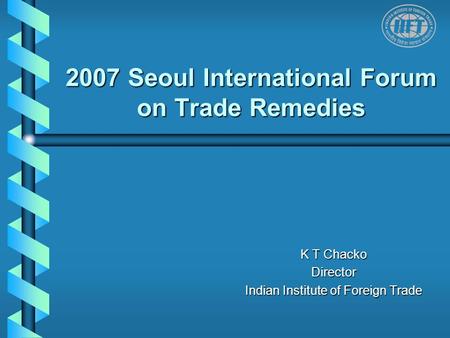