3 MATTER Matter is Anything that occupies space and has mass. Mass is
The amount of matter an object has. Weight is The force produced by gravity acting on mass. The same mass would have less weight on the moon because the moon exerts less force (gravity) on the object than the Earth does.

4 ELEMENTS Elements are Pure substances that can’t be broken down into more simple kinds of matter. Information about the elements is summarized on a chart (back of the room) known as the periodic table of elements. Each element is represented by a chemical symbol, made of 1, 2 or 3 letters. In most cases, the symbol comes from the 1st letter or other letters in the name of the element. Others come from the Latin names of elements, i.e., Na from the Latin word natrium.

6 NUCLEUS Is found in the central region of the atom
Makes up the majority of the bulk of the atom Is made of two subatomic particles Proton (+) Atomic number of the element Neutron (no charge) Mass number is the total of protons and neutrons of the atom.

7 ELECTRONS Small, negatively charged particles in an atom
The number of electrons must = the number of protons in an atom of the same element. The net electrical charge of an atom = zero. They are high-energy particles with very little mass.

9 ISOTOPES Isotopes are atoms of the same element that have a different number of neutrons. Additional neutrons change the mass of the element. Most elements are made up of a mixture of isotopes. Average atomic mass of an element takes into account the relative amounts of each isotope in the element. The average is the mass found in the periodic table.

10 COMPOUNDS Under natural conditions, most elements do not exist alone.
Instead, they combine to form compounds. Chemical formula: shows the kinds and proportions of atoms of each element that forms a particular compound. H2O = 2-H; 1-O

11 COMPOUNDS, CONT’D… How elements combine to form compounds depends on the number and arrangement of electrons in their orbitals. An atom is chemically stable when its highest orbital (the one farthest from the nucleus) is filled with the maximum number of electrons.

12 COMPOUNDS, CONT’D… Most atoms aren’t stable in their natural state.
They tend to react with other atoms in different ways to become more stable. Carbon, nitrogen, and oxygen atoms have unfilled orbitals at their highest energy levels (orbitals). Chemical bonds are the attractive forces that hold atoms together. Most elements interact with other atoms to form chemical bonds.

13 COVALENT BONDS Forms when two atoms share one or more pairs of electrons. H2O = held together by covalent bonds Molecule = the simplest part of a substance that retains all of the properties of that substance, and can exist in a free state. i.e., one molecule of the compound water is H2O.

14 IONIC BONDS Figure 2.4, p. 34 1. Sodium and chlorine atoms have unfilled outer orbitals. Because of this, they are reactive. In order to achieve stability, the outer e- of the Na atom is transferred to the Cl atom. This makes sodium slightly positive. (Na+) This makes both atoms more stable than they were before.

15 IONIC BONDS, CONT’D… 2. The chlorine that has gained an electron from sodium now has 8 e- in it’s outer orbital. It is stable. With this additional e- chlorine is slightly negative. Cl- Both Na+ and Cl- have a charge. This makes them ions. An ion is an atom or molecule with an electrical charge.

16 Ionic Bonds, cont’d… 3. Positive and negative electrical charges attract. Na+ and Cl- are attracted to each other and form the ionic compound NaCl. Table salt 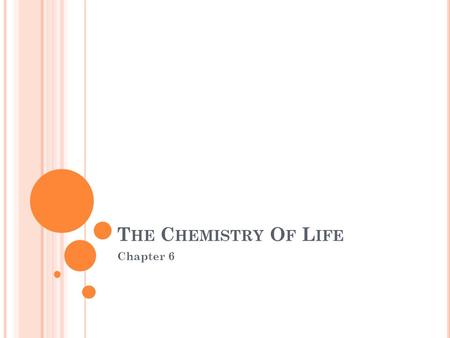 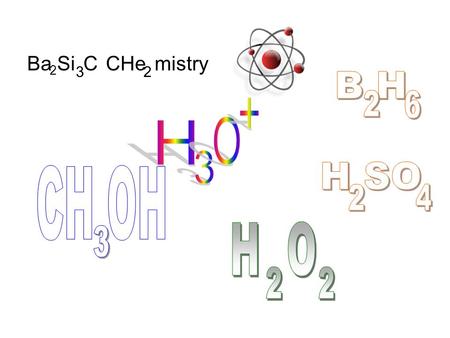