2 Atoms All matter is made up of tiny particles. Atoms are made up of even smaller particles. Diagram of an Atom Electron (-ve charge) Nucleus of protons (+ve) and neutrons

3 Atoms The number of PROTONS(+) = the number of ELECTRONS(-) Therefore, atoms are uncharged overall. (Atoms of different elements have different numbers of electrons, protons, and neutrons.)

4 Ions ‘Formed’ as an atom gains or loses an electron. Ions may have a positive charge or a negative charge

10 Atomic Structure Diagrams Diagrams are not to scale (If you draw a nucleus of 1 cm diameter, electrons in the first energy level would be 100 metres away from the nucleus) Electrons are not in concentric circles, but exist in regions, sometimes called orbitals or shells or clouds of electrons Diagrams are useful though to help explain BONDING

15 Chemical Reactions Involve sharing or exchanging electrons in order that atoms can obtain a more stable arrangement of electrons They obtain stability by bonding with other atoms. (Protons and neutrons play no part in chemical reactions)

16 Chemical Reactions Basically, there are 2 main types of bonding: Ionic or Covalent Particles (i.e. molecules, compounds) form a chemical bond linking them together.

17 How bonds are made 1 Valence: how easily an atom or molecule with and unpaired electron (a radical) can combine with other chemicals. Valance is based on the number of electrons that would be added, lost or share if it reacts with other atoms.

18 Valencies Elements and radicals can be given numbers which are called their valencies or combining powers e.g. Na = 1 The valency of an element is usually the number of electrons an atom of the element must lose or gain (either completely or by sharing) in order to obtain a stable atomic structure.

23 Ionic Bonding The formation of Negative ions Chlorine atomChlorine ion (2,8,7)(2,8,8) - (An electron has been gained) (Less energy is needed to gain one electron than lose 7)

24 Combining of Na and Cl One electron lost by Na can be gained by Cl The ions are held together in the compound because positively charged Na ions are attracted to oppositely charged Cl ions The force which holds them together is called Electrostatic Attraction Ionic compounds, when in aqueous solution, are called electrolytes

25 How Bonds are formed 3 If the chemical bond involves the sharing of electron pairs between atoms it is called –Covalent bonding. 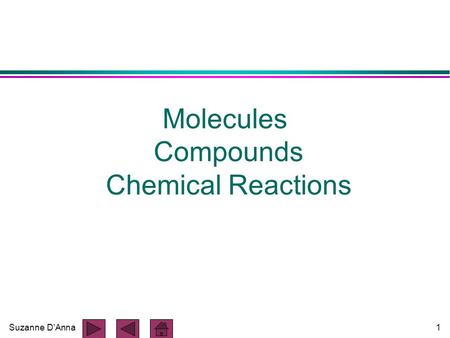