Presentation on theme: "Journal “The happiest moments of my life have been the few which I have passed at home in the bosom of my family.” Thomas Jefferson What have been the."— Presentation transcript:

5 Relationship What? An interaction between two or more people. Who? Parents, siblings, peers, spouse, grandparents They are constantly changing. An individual is going through various stages of his life cycle while the family is going through its cycle.

8 Write down your definition of the stereotypical family. Working dad Stay-at-home mom 2 or 3 children Only 10% of all households are in this family form.

9 American Family Forms Living Alone 1 of 24 adults remain single throughout their life. 66% of single people are women. POSSLQs Persons of the opposite sex sharing living quarters. Couples who live together before marriage, divorce just as often as those who marry first. Marrying Later in Life Average age to marry: men - 25.9, women - 23.6 More young people are not marrying or are marrying later.

10 Couples Having Children Later in Life More couples are waiting to become parents until their careers are established. Estimated cost to raise child is $200,000 Couples With Fewer Children The average number of children has dropped from 3.6 in 1957 to 1.8. Couples With No Children Due to career commitments, fertility problems or just because they enjoy their childless lifestyles, many couples are remaining “Double Income, No Kids” couples. American Family Forms Continued

11 Divorced Adults Approximately 60% of all divorces involve couples with children in the home. Single-Parent Families About 1 in 4 children live with only one parent. The number of single-parent homes has more than doubled in the past 20 years Divorced women’s standard of living drops 73%, while divorced men jumps 42%. About 50% of the children in divorced families report having not seen their father in the last year and only 1 of 6 see him once a week. American Family Forms Continued Again

12 Almost to the End of American Family Forms Grown Children Moving In With Their Parents Families with two children and young parents living at home with their parents has doubled in 25 years. Grandparents Living With Families With greater longevity, there are more elderly people. Blended Families Divorced parents, especially fathers are likely to remarry. 13% of today’s children are stepchildren Flexibility and humor will assist in the adjustment.

13 Working Mothers The fastest growing segment of the work force is women with children under the age of three. More than half of American mothers with infants less than a year old are working outside the home. Day care for these children can cost up to ¼ the family budget. Working mothers have 15 fewer hours of leisure a week than fathers. The End of American Family Forms

14 Scenarios Your marriage is headed for divorce. How would you settle property, child custody, divorce costs? You are a single mother. How will you cope emotionally and financially? Elderly parents need to move in with you. What conflicts and adjustments will arise? You just remarried. How will family discipline be handled? How will household chores be divided? What name do you expect the children to call you? Where should you live? How should you divide physical space?

15 How Strong Is Your Family? Traditions Have this completed for next class period.

Download ppt "Journal “The happiest moments of my life have been the few which I have passed at home in the bosom of my family.” Thomas Jefferson What have been the." 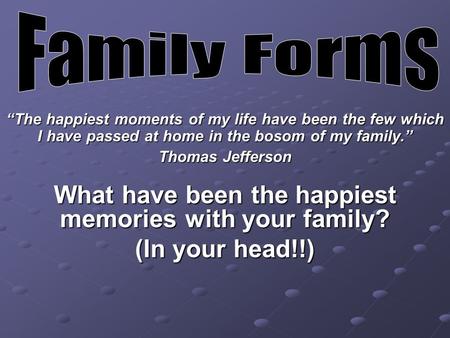 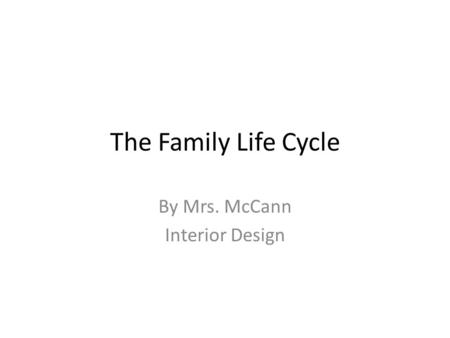 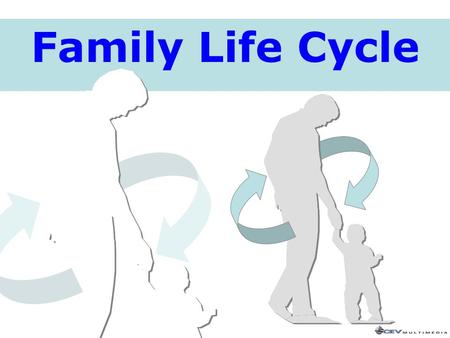 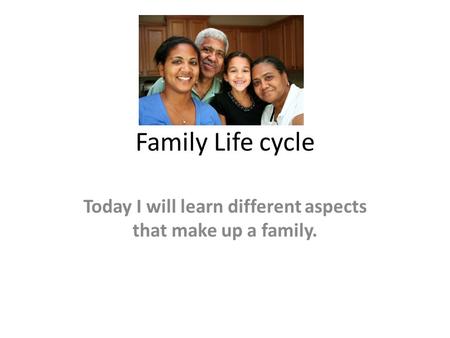 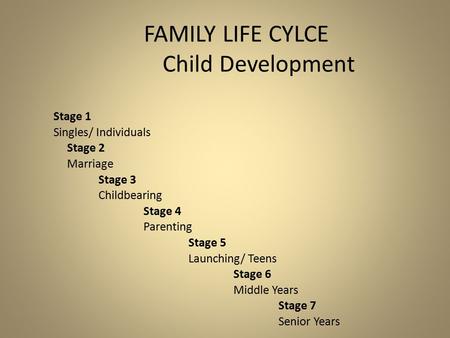 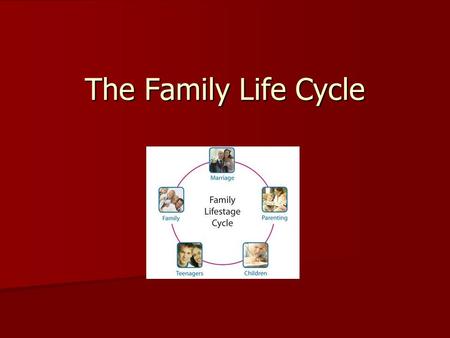 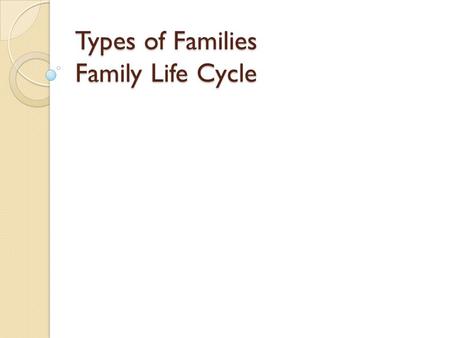