POLYMERASE CHAIN REACTION. DNA Structure DNA consists of two molecules that are arranged into a ladder-like structure called a Double Helix. A molecule.

2 DNA Structure DNA consists of two molecules that are arranged into a ladder-like structure called a Double Helix. A molecule of DNA is made up of millions of tiny subunits called Nucleotides. Each nucleotide consists of: 1. Phosphate group 2. Pentose sugar 3. Nitrogenous base

4 Nucleotides The phosphate and sugar form the backbone of the ladder, whereas the bases form the “ladder steps”. here are four types of nitrogenous bases.

6 Nucleotides Each base will only bind with one other specific base. Adenine (A) Thymine (T) Cytosine (C) Guanine (G) Form a base pair.

12 The polymerase chain reaction (PCR) is a molecular biology technique for isolating and amplifying a fragment of DNA, via enzymatic replication, without using a living organism (such as E. coli or yeast).

14 Applications PCR is now a common technique used in medical and biological research labs for a variety of tasks, such as; The sequencing of genes and the diagnosis of hereditary diseases. The identification of genetic fingerprints (used in forensics and paternity testing) The detection and diagnosis of infectious diseases

23 2. Annealing In this step the reaction temperature is lowered so that the primers can anneal to the single-stranded DNA template. Stable bonds are only formed when the primer sequence very closely matches the template sequence. To this short section of double-stranded DNA the polymerase attaches and begins DNA synthesis.

24 3. Extension/Elongation In this step DNA polymerase synthesizes new DNA strands complementary to the DNA template strands. Primers that have annealed to DNA regions with mismatching bases dissociate from the template and are not extended.

26 Reverse Transcription PCR (RT-PCR) Is a method used to amplify, isolate or identify a known sequence from a cellular or tissue RNA. The PCR reaction is preceded by a reaction using reverse transcriptase to convert RNA to cDNA.

27 DETECTION OF AMPLIFICATION PRODUCTS BY GEL ELECTROPHORESIS Agarose gel electrophoresis is commonly employed for size separation of the PCR products. This is achieved by moving negatively charged nucleic acid molecules through an agarose matrix with an electric field. Shorter molecules move faster and migrate further than longer ones. The size's of PCR products is determined by comparison with a DNA ladder, which contains DNA fragments of known size, ran on the gel along with the PCR products.

29 Gel electrophoresis can be used for the separation of DNA fragments of 50 base pairs up to several megabases (millions of bases). However, it is normally used in a range of 100 bp to 20 kbp. Typical run times are about an hour. Agarose is purified from agar. Different purities of agarose are commercially available with different melting properties. High purity low melt agarose is often used if the DNA is to be extracted from the gel.

30 After electrophoresis the gel is illuminated with an ultraviolet lamp. The ethidium bromide fluoresces pink in the presence of DNA. The DNA band can also be cut out of the gel and can then be dissolved to recover the purified DNA. 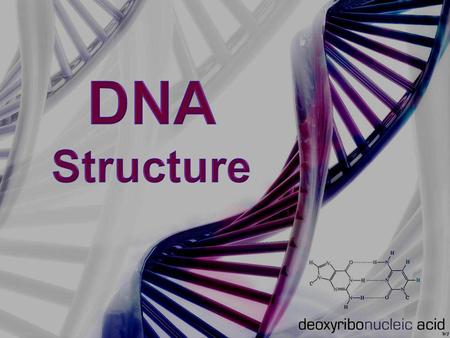 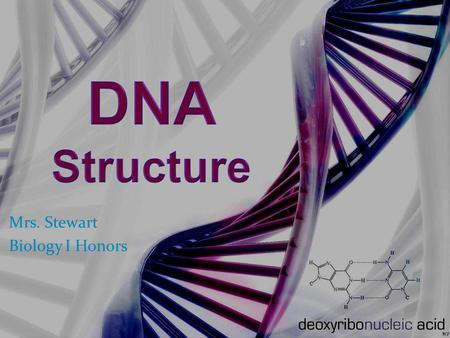 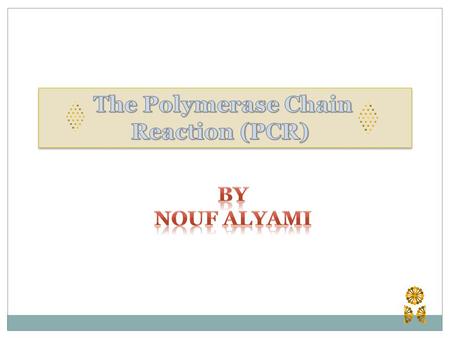 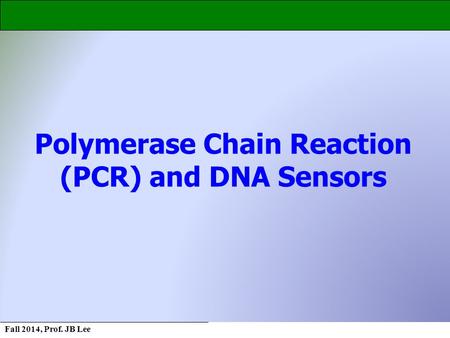 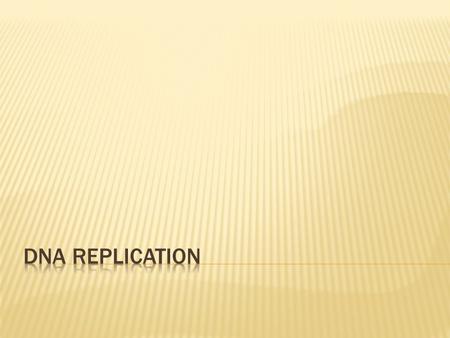 SC.L.16.3 Describe the basic process of DNA replication and how it relates to the transmission and conservation of the genetic information. 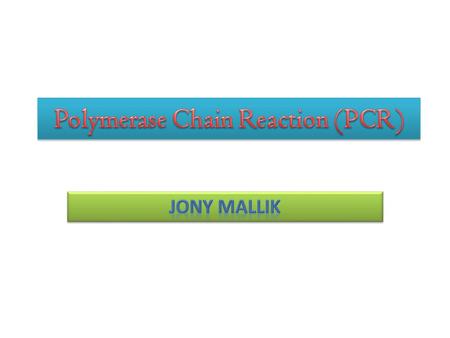 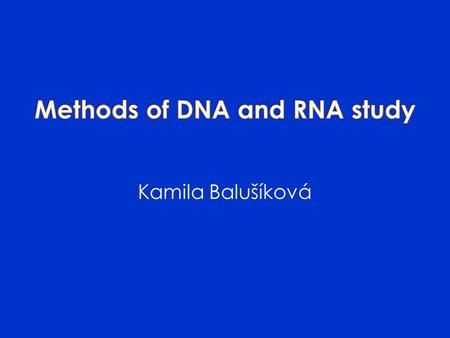 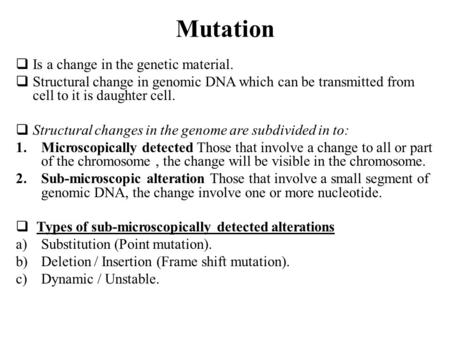 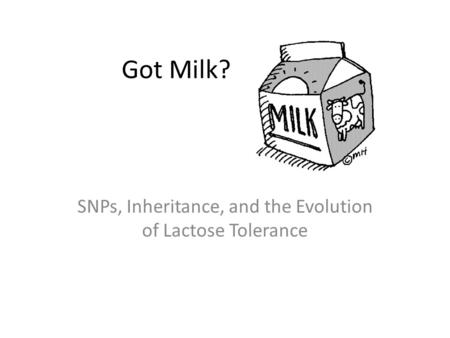 SNPs, Inheritance, and the Evolution of Lactose Tolerance 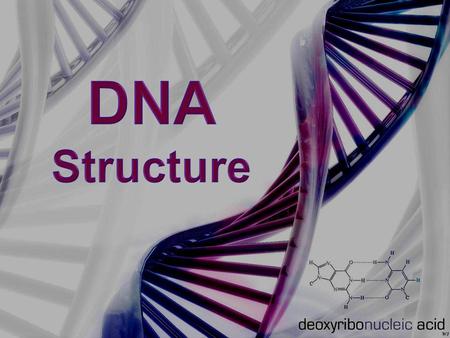 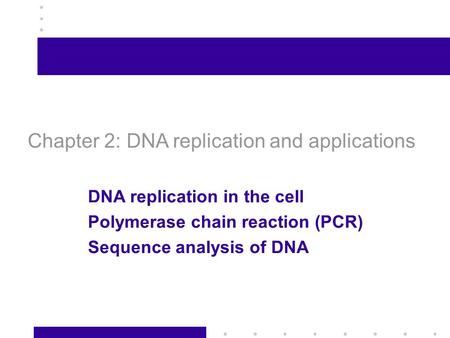 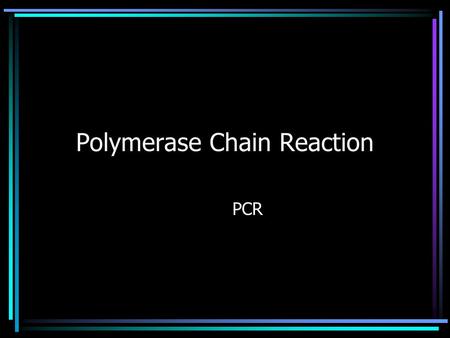 Polymerase Chain Reaction PCR. PCR allows for amplification of a small piece of DNA. Some applications of PCR are in: –forensics (paternity testing, crimes) 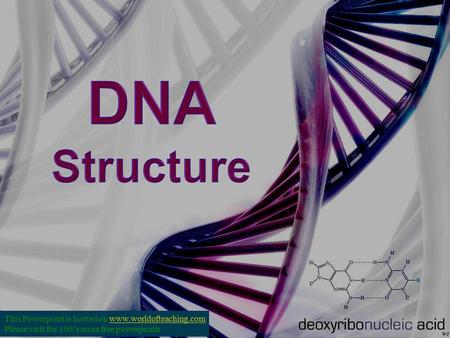 This Powerpoint is hosted on Please visit for 100’s more free powerpoints.