1 09/10 Bellringer North America 1763
How did winning the French & Indian War set up Britain as the dominant economic power in the world? What effect might this victory have on British mercantilism? How might this war impact the British colonists? Indians?

4 Turning Point: 1754 In 1754, VA governor sent 22 year old George Washington to protect an Ohio Company claim Washington’s troops were forced to retreat from Fort Duquesne; This clash proved to be the beginning of the French & Indian War

5 The French and Indian War (1754-1763)
Britain & the North American colonists France, their colonists, & Indian allies vs

7 The war officially ended with the Treaty of Paris in 1763
France lost Canada, most of its empire in India, & claims to lands east of the Mississippi River Spain got all lands west of the Mississippi River, New Orleans, but lost Florida to England England gained all French lands in Canada & exclusive rights to the Caribbean slave trade North America 1754 North America 1763

9 Situation #1 According to the Treaty of Paris in that ended the French & Indian War, the French have no more colonies in North America (except Haiti in the Caribbean)

10 Situation #2 After the end of the French & Indian War, Parliament decided to leave the British army in North America

13 Other problems strained the relationship between Britain & the colonists after the war:
North America 1763 Britain had to spend more money defending colonists in the frontier After Pontiac’s Rebellion, the Proclamation Line of 1763 was set The British began governing their colonies more strictly New taxes & laws were passed without asking colonial assemblies

14 As Britain assumed more control, the colonists tried
to hang onto the power of their colonial assemblies This shift would prove to be the beginning of the long road towards colonial independence 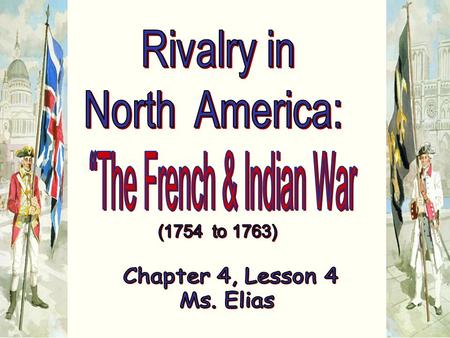 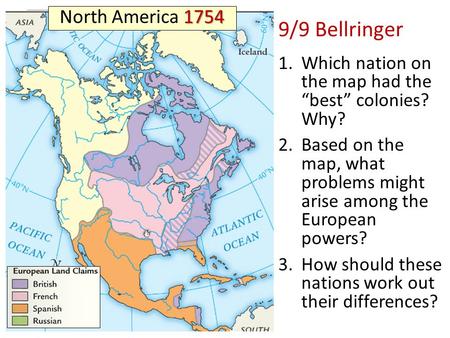 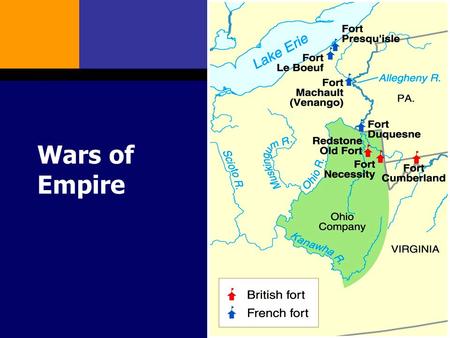 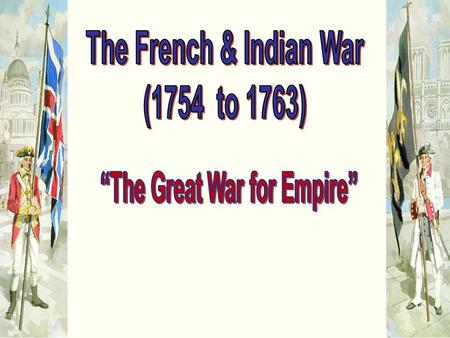 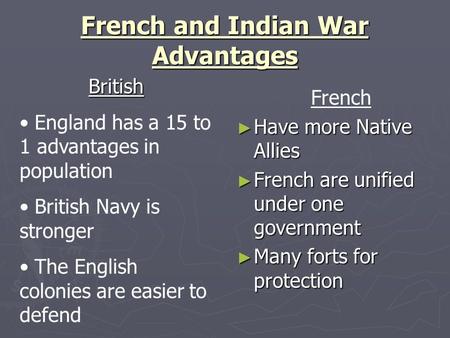 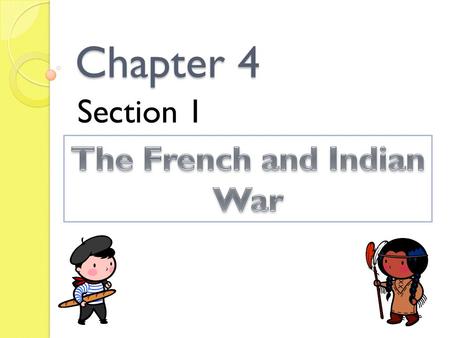 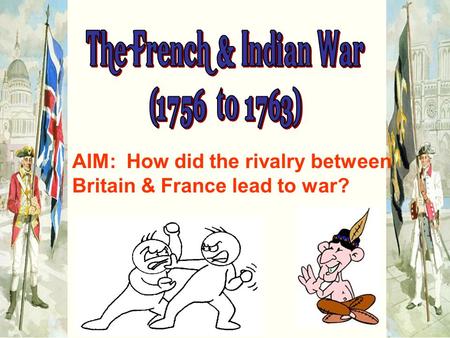 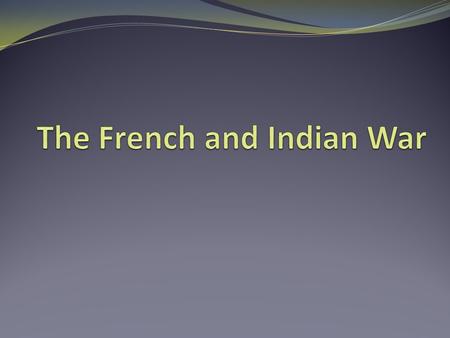 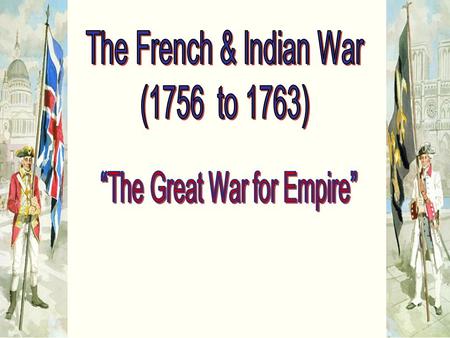 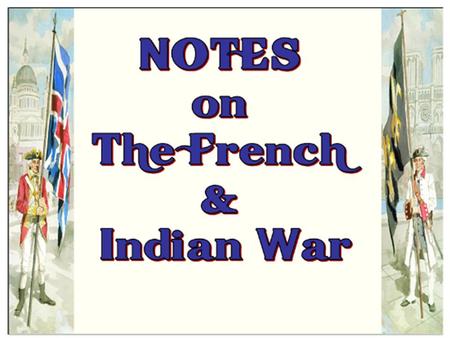