4 Who pays for the F&I War? The colonists! GB decided the colonies should help pay for the war that was fought to protect them Up first: The Sugar Act. Next: Quartering Act Quartering Act called for the colonists to provide food, fuel (wood) living space and transportation for soldiers in America. This had been the policy in Britain for some time, so why did the Americans react so badly? The Stamp Act (internal tax)

5 The Island of St. Helene. The East India Company owned this island in the South Atlantic and it started the first permanent settlement at Chapel Valley

6 Britain eventually repeals the Stamp Act, but passes the Townshend Acts The Townshend Acts taxed some goods imported from England, but more importantly, gave British customs officers the power to search anyone’s house looking for smuggled goods w/o a warrant These laws raised such opposition in the colonies that troops were sent to enforce the laws Parliament partially repealed the Townshend Acts

7 In 1773 Britain gave the British East India Co. the near-monopoly on the tea market with the Tea Act, which required all tea to be purchased form that Co. The tax was very small…less than Englishmen were paying in Britian, but the colonists saw it as an attack on their rights What did the Sons of Liberty in Boston do in response to the Tea Act? The British responded to the Boston Tea Party with the Intolerable Acts. The Boston Massacre..so who was this Crispus Attucks guy?

9 In response to the British oppression, the first Continental Congress met in Sept, 1774 They agreed to issue a Declaration of Rights to protest British actions, form a militia, boycott certain English goods, and meet in the spring. War broke out when the British Army was ordered to arrest leaders of the rebellion and seize arms and munitions stored in Concord.

11 Paul Revere and other riders warned colonists that the British were approaching. The British faced some 70 “minutemen” on the green at Lexington. The “shot heard round the world” of unknown origin started the fight with left eight colonists dead.

12 May 1775, Second Continental Congress meets Even though many representatives felt allegiance to King George the delegates rejected Parliament’s authority to tax the colonies. SCC also created the Continental Army, led by George Washington, and other delegates sent a reconciliatory message to the King. The King refused to read the message

13 Key Battles: Bunker Hill- Boston The British won, but the fight the 10,000 militia put up encouraged the troops to continue Dorchester Heights-Washington recaptured Boston in March of 1776, forcing the British to withdraw from the city.

15 The King’s reaction to the Olive Branch Petition angered the colonists Thomas Paine wrote “Common Sense” in which he condemned the King and the whole system of monarchy. Paine advocated a declaration of independence. What Enlightenment thinking did Paine base his writings? Locke, Rousseau, and Hobbs After Virginia issued it’s own Declaration of Independence, a committee of the Second Continental congress began to draft the Declaration of Independence. The final draft voted on July 4th, 1776.

16 In the eyes of the crown, the colonists were now rebels and traitors. What risk did the signers of the Declaration of Independence take in following this course of action? 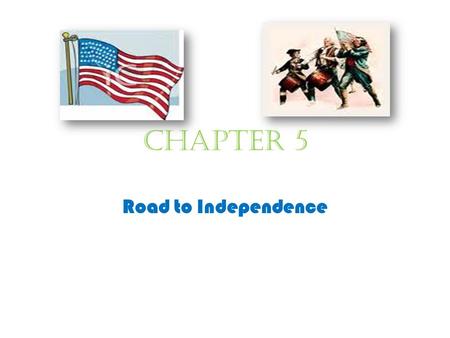 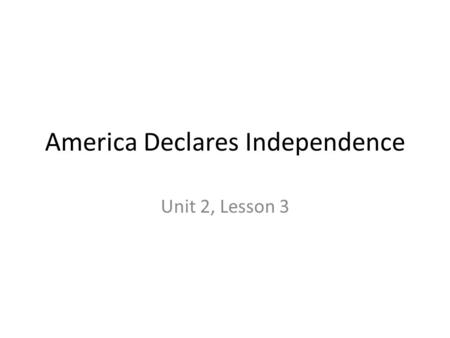