4 Construction of Data Tables IV-Identify and write the independent variable in the top left corner. If there are units for the IV, include them in (Parenthesis) below the IV. Under the IV you must specifically list what it is that you are testing. Try to list 3 things. If the IV’s are words, then just list them. If they are numbers, then make sure that they go up evenly by the original number. If there is a control, then include it in your table under the IV column.

5 Construction of Data Tables DV-Identify and write the Dependent Variable to the right of the IV. Place the units (parenthesis) next to the DV; what you are measuring. In order to create a more valid experiment, we often conduct 3 or more trials. Under the DV create as many columns as there are trials and clearly label each of them. Create one column at the end and label it average. – To calculate average: add up all numbers and divide by the number of trials.

6 Title: represents the information collected in the data table; includes the IV and DV. Data-informatin Is now accurately collected and then entered neatly into the data table. 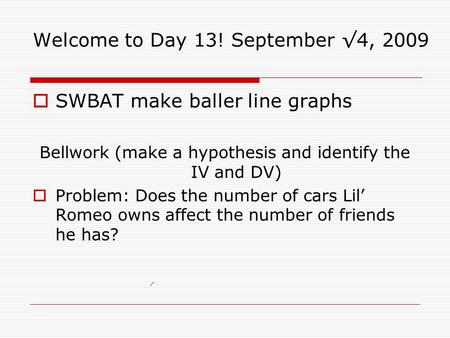 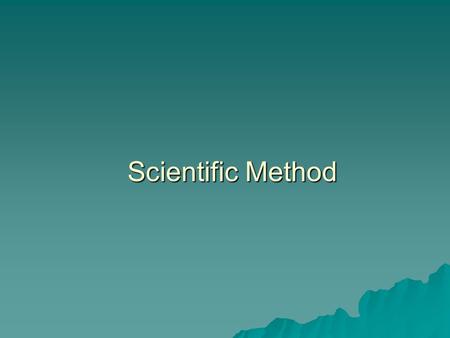 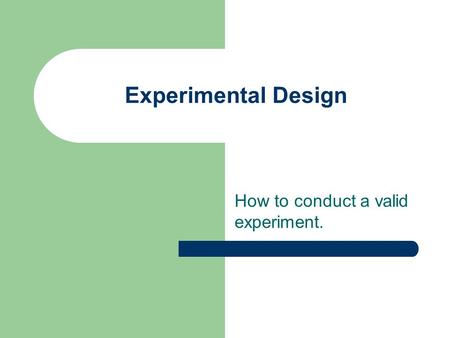 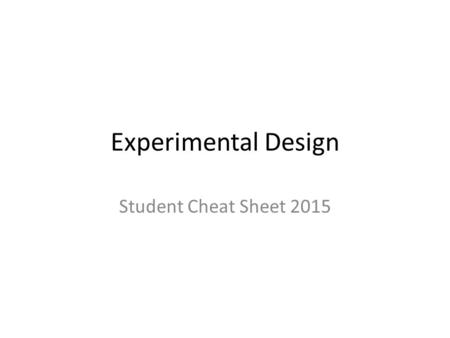 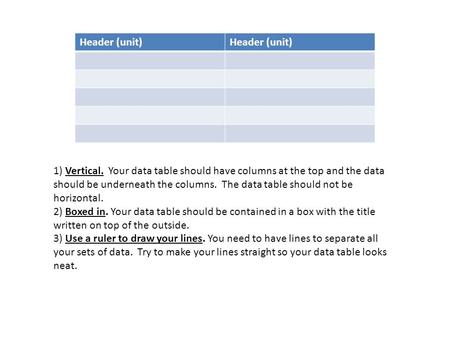 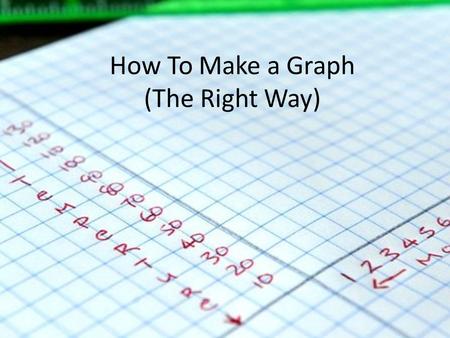 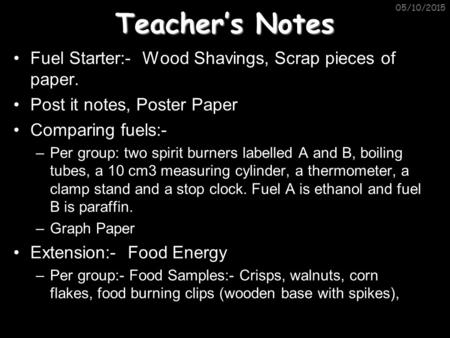 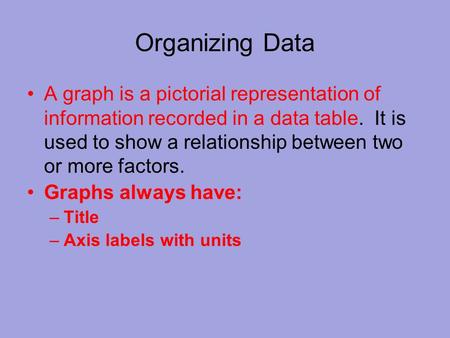 Organizing Data A graph is a pictorial representation of information recorded in a data table. It is used to show a relationship between two or more factors. 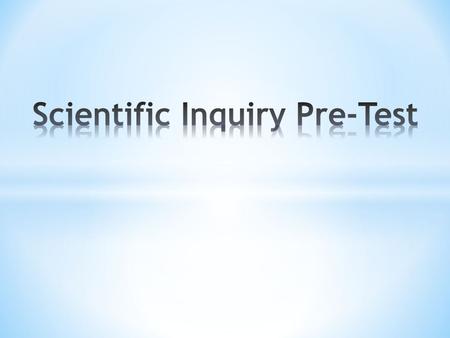 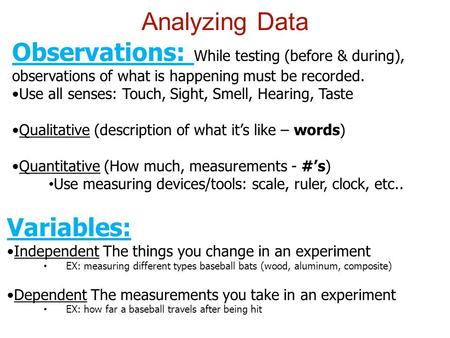 Observations: While testing (before & during), observations of what is happening must be recorded. Use all senses: Touch, Sight, Smell, Hearing, Taste. 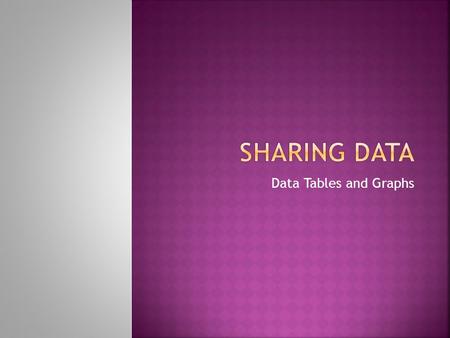 Data Tables and Graphs.  A data table is a good way to collect data as well as share data with others  In a data table your IV goes on the left side. 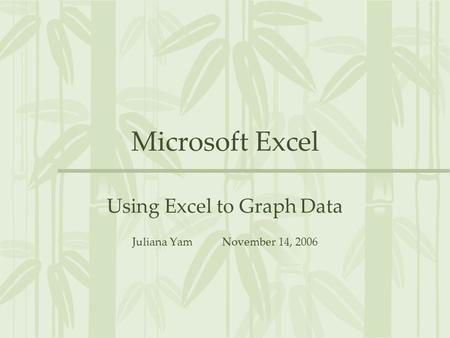 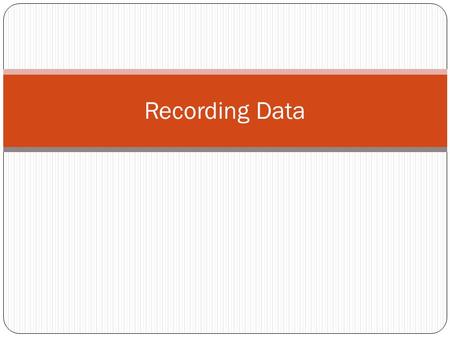 Recording Data. Record Data Record Data in a Table or Chart. Make sure to have as much information as possible Record Everything that you do. 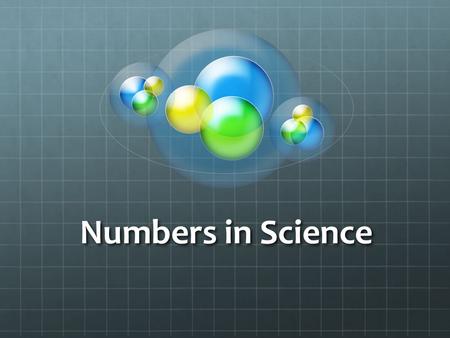 Numbers in Science. Why Do We Collect Data? We collect data to analyze test results, calculate averages, compare our data with other sets of data, and. 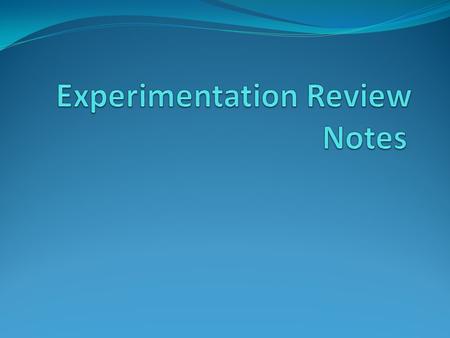 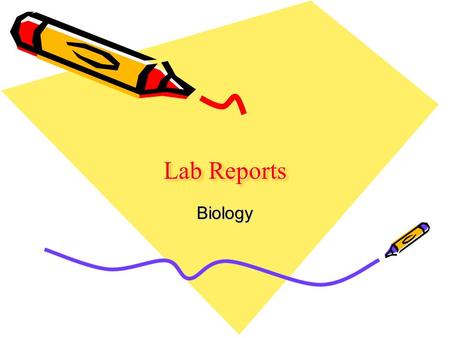 Lab Reports Biology. The First Section of the Lab- Introduction All Group Member’s Names –First & Last names of all group members should be in the top, 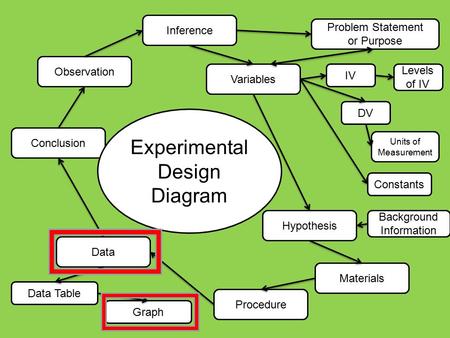 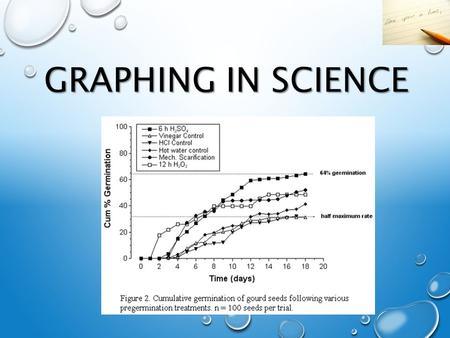