Presentation on theme: "Unit Two – Lesson Ten Why was Representation a major issue at the Philadelphia Convention."— Presentation transcript:

2 The New Jersey Plan Congress would be unicameral (like in the A of C) ◦ Power to levy import taxes and a stamp tax to raise money. They also would have to power to compel states to pay. ◦ Power to regulate trade between the states and with other nations ◦ Power to make laws and treaties and no state could make laws contrary to them Executive Branch made up of several people appointed by Congress. They would have power to administer national laws, appoint exec. officials, and direct military operations A Supreme Court would be appointed by the Executive Branch. It would have the power to decide cases involving treaties, trade between states or with other nations, and collection of taxes The national government would represent the states, not the people

3 The Preamble We the people (of the United States) in order to form a more perfect union establish justice, ensure domestic tranquility, provide for the common defense, promote the general welfare and secure the blessing of liberty to ourselves and our posterity, do ordain and establish this constitution for the United States of America

5 What were the disagreements about Representation? Bicameral was agreed upon – less likely to abuse their power ◦ By Population ( j.madison ) – believed each vote should count equally. If you have more people, you should have more of a vote/impact. ◦ Equal Representation – the US was a confederation of different states. Each should have an equal say in the Union’s actions. The positions of delegates often based on the size of state they represented. ◦ Big states favored representation based on population ◦ Small states favored equal representation Delegates agreed if Congress was to be bicameral, the House should be based on population. The issue became the Senate Small states came up with an alternate plan

7 The Great Compromise House of Representatives would be based on population ◦ Power to develop all bills for taxation and government spending The Senate would be equal in representation ◦ 2 Senators per state, appointed by the state legislatures. (this supported the concept that the Senate represented the States not the people) Each side gained a strong-hold in the compromise and gave up a little as well (compromise) The Great Compromise passed on the first vote

Download ppt "Unit Two – Lesson Ten Why was Representation a major issue at the Philadelphia Convention." 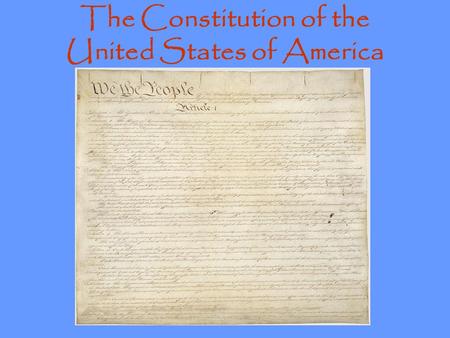 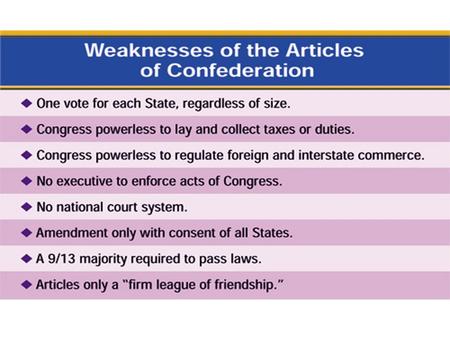 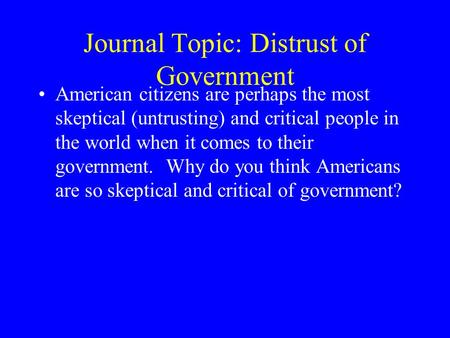 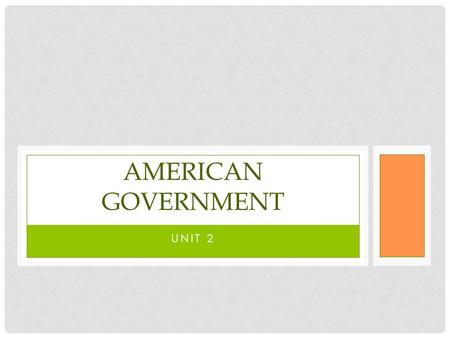 UNIT 2 AMERICAN GOVERNMENT. LESSON 10 PAGES Why was representation a major issue at the Philadelphia Convention? Objective: Explain the differences. 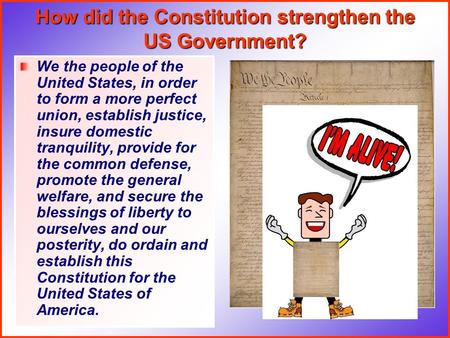 How did the Constitution strengthen the US Government? 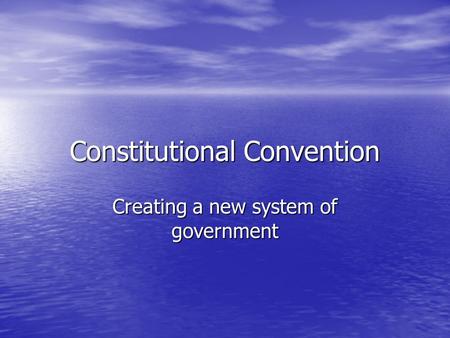 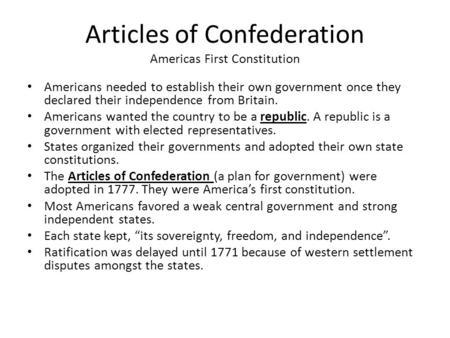 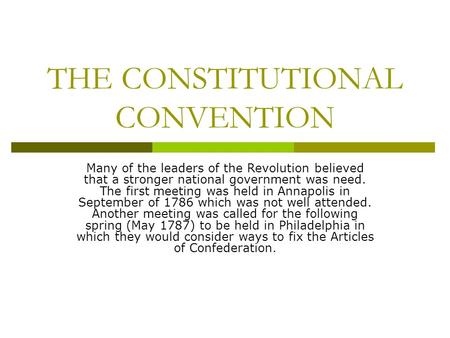