Presentation on theme: "STARS By Bodin Lay. Types of Stars Main Sequence Stars - The main sequence is the point in a star's evolution during which it maintains a stable nuclear."— Presentation transcript:

2 Types of Stars Main Sequence Stars - The main sequence is the point in a star's evolution during which it maintains a stable nuclear reaction. It is this stage during which a star will spend most of its life. Our Sun is a main sequence star. A main sequence star will experience only small fluctuations in luminosity and temperature. The amount of time a star spends in this phase depends on its mass. Large, massive stars will have a short main sequence stage while less massive stars will remain in main sequence much longer. Very massive stars will exhaust their fuel in only a few hundred million years. Smaller stars, like the Sun, will burn for several billion years during their main sequence stage. Very massive stars will become blue giants during their main sequence. Red Giants - A red giant is a large star that is reddish or orange in color. It represents the late phase of development in a star's life, when its supply hydrogen has been exhausted and helium is being fused. This causes the star to collapse, raising the temperature in the core. The outer surface of the star expands and cools, giving it a reddish color. Red giants are very large, reaching sizes of over 100 times the star's original size. Very large stars will form what are called red supergiants. Betelgeuse in Orion is an example of a red supergiant star.

3 Types of Stars Cont. White Dwarfs - A white dwarf is the remnant of an average-sized star that has passed through the red giant stage of its life. After the star has used up its remaining fuel. At this point the star may expel some of its matter into space, creating a planetary nebula. What remains is the dead core of the star. Nuclear fusion no longer takes place. The core glows because of its residual heat. Eventually the core will radiate all of its heat into space and cool down to become what is known as a black dwarf. White dwarf stars are very dense. Their size is about the same as that of the Earth, but the contain as much mass as the Sun. They are extremely hot, reaching temperatures of over 100,000 degrees. Brown Dwarfs - A brown dwarf could also be called a failed star. During the process of star formation, some protostars never reach the critical mass required to ignite the fires of nuclear fusion. If the protostar's mass is only about 1/10 that of the Sun, it will glow only briefly until its energy dies out. What remains is a brown dwarf. It is a giant ball of gas that is too massive to be a planet but not massive enough to be a star. They are smaller than the Sun but several times larger than the planet Jupiter. Brown dwarfs emit no light or heat. They could account for some of the dark matter suspected to exist in the universe.

4 Types of Stars Cont. Variable Stars - A variable star is a star that changes in brightness. These fluctuations can range from seconds to years depending on the type of variable star. Stars usually change their brightness when they are young and when they are old and dying. They are classified as either intrinsic or extrinsic. Intrinsic variables change their brightness because of conditions within the stars themselves. Extrinsic variables change brightness because of some external factor, like an orbiting companion star. These are also known as eclipsing binaries. Binary Stars - Many stars in the universe are part of a multiple star system. A binary star is a system of two stars that are gravitationally bound to each other. They orbit around a common point, called the center of mass. It is estimated that about half of all the stars in our galaxy are part of a binary system. Visual binaries can be seen as two separate stars through a telescope. Spectroscopic binaries appear as one star and can only be detected by studying the Doppler shifts on the star's spectrum. Eclipsing binaries are binary systems where one star blocks the light from another as it orbits its companion.

5 Life Cycle of a Star

6 Step 1 First the star begins as a Stellar Nebula, where it can grow until it is big enough to convert hydrogen into helium. This process is also known as fusion.

7 Step 2 After being a nebula the star either turns into an average star like our sun, or it can turn into a massive star. Massive stars or usually blue in color, because they are very hot. The star Sirius is an example of a massive star

8 Step 3 After millions to billions of years the star will turn into a red giant of a super red giant, depending on its previous size

9 Step 4 After a star can no longer make energy it will A- blow up as supernova, or B- collapse in on itself and turn into a planetary nebula

10 Step 5 If the star blew up in a supernova, it will turn into a supernova remnant, a neutron star, or a black hole. If it turned into a planetary nebula it will stay that way or turn into a White Dwarf

Download ppt "STARS By Bodin Lay. Types of Stars Main Sequence Stars - The main sequence is the point in a star's evolution during which it maintains a stable nuclear." 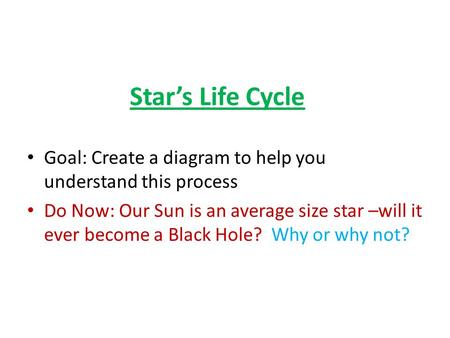 Star’s Life Cycle Goal: Create a diagram to help you understand this process Do Now: Our Sun is an average size star –will it ever become a Black Hole? 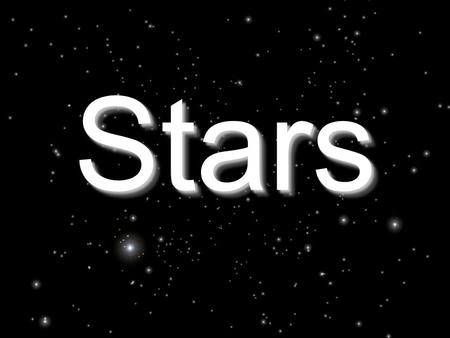 StarsStars. What is a STAR? The objects that heat and light the planets in a system A star is a ball of plasma held together by its own gravity –Nuclear. 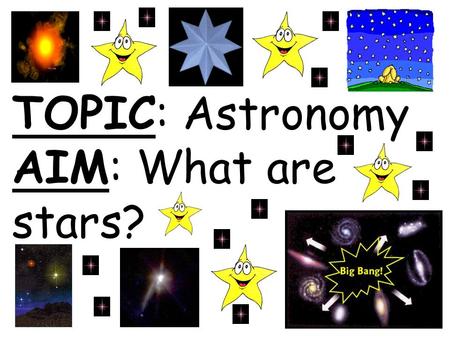 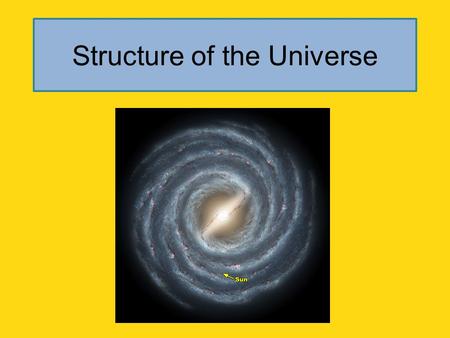 Structure of the Universe 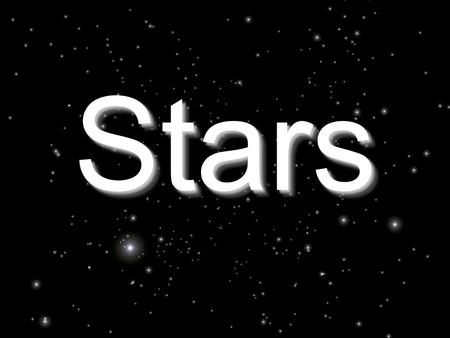 Definitions  Sun: Star at the center of our solar system. Also another name for any star.  Luminosity: measures how bright a star would be in relation.