2 Protagonist Main character Who is the protagonist?

3 Antagonist Character who opposes the protagonist Who is the antagonist?

4 Setting The background against which action takes place (The time and place) What is the setting? General Zaroff’s island in the early 1900’s –known by the references to big game hunting which was most popular during this time period and that the Tsar referred to was overthrown in 1917 Why did the author choose to use a fictional setting instead of an already existing location?

9 Foreshadowing Hints of things to come in a literary work What is foreshadowed in this short story? References on page 67 to the animal being dangerous, not native to the island; page 69 he tells us this “new animal” can reason, has courage, and is cunning On page 74 – “I drink to a foeman worthy of my steel – at last” Why does the author choose to use foreshadowing instead of directly saying some things in this story?

10 Suspense The excitement or tension that readers feel as they wait to find out how a story ends or a conflict is resolved How does the author create suspense in this story?

11 Character individuals who participate in the action of a literary work Main characters: most important characters in the story Minor characters: story is not centered on them, but they help support the plot Dynamic character: one who undergoes important changes as the plot unfolds – changes occur due to actions and experiences (usually internal)

13 Point of View Method of narration first-person – the narrator is a character in the story Third-person – narrator is outside the action, not one of the characters Omniscient – narrator is all knowing Limited – narrator tells what only one character thinks, feels, and observes From what point of view is this story told?

14 Imagery Use of descriptive words and phrases to appeal to the five senses What is an example of imagery in this story? Page 62 – “It’s so dark…that I could sleep without closing my eyes; the night would be me eyelids” Page 63- top How does the usage of imagery intensify the suspense in this story?

15 Mood The atmosphere or feeling created by the writer

18 Simile Creation of a comparison using like or as

Download ppt "Protagonist Main character Who is the protagonist?" 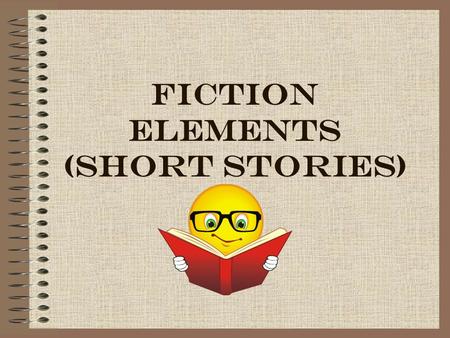 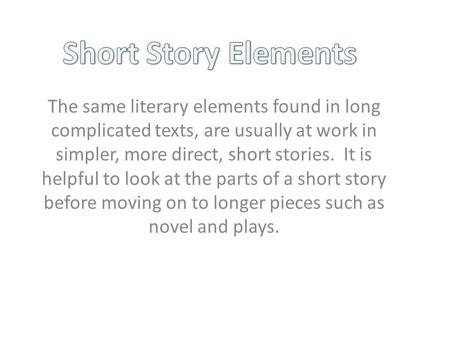