Presentation on theme: "HISTORY in YEAR 12. Why study history ? History teaches you a range of different issues, values and themes which are important to the world of work allows."— Presentation transcript:

2 Why study history ? History teaches you a range of different issues, values and themes which are important to the world of work allows us to understand, judge and interpret information encourages critical thinking to become independent and work under pressure develop an understanding of how we have arrived at the present point develop our own ideas, thoughts and opinions construct arguments and develop your own opinions

4 The Course The course content is very varied and covers some of the most fascinating events, people and concepts from the last century Topics include: –Russian History including the rule of Lenin and Stalin –Castro’s rule in Cuba 1959-present –Mao Tse-Tung and his rule in China –The First and Second World Wars –The Spanish Civil War –The Vietnam War –Assessment Students are examined at the end of the two year course. The exams therefore test all of the skills that students have built up over time. Students also complete one 2,000 word piece of coursework on any history topic of their choice.

5 A LEVEL HISTORY The Department follows the WJEC History AS level course. This comprises 2 Units in Y12 and two Units in Y13. AS Modules are examined in June of Y12. Resits can be taken in January of Y13.

6 HY1 - Unit 1 General topic 1: Politics and Government in Wales and England, c.1780-1832 Focus: A study of the main changes and developments in politics and government. Key Issues: The reasons for the growth of the Parliamentary reform movement The Younger Pitt and the impact of the French revolution, 1790-1801. Lord Liverpool's government and the radical challenge, 1812- 1822. The liberal Tory reforms, 1822-1830. The Reform Bill Crisis and the reasons for the passing of the Reform Act of 1832

8 HY2 In-Depth Study NAZI GERMANY c.1933-1945 You will study: Reasons for Nazi party growth and support by 1933 Hitler's election as Chancellor This will include looking at: The establishment of the Nazi dictatorship The roles of propaganda, indoctrination and terror in the Third Reich. Nazi social, religious and racial ideology and policy. The role of the Nazi Party in the Third Reich. Nazi economic policy: recovery and rearmamentNazi foreign policy up to 1939

Download ppt "HISTORY in YEAR 12. Why study history ? History teaches you a range of different issues, values and themes which are important to the world of work allows." 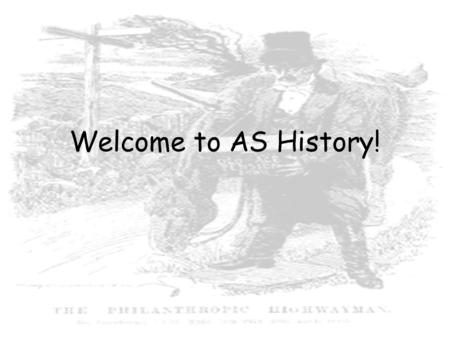 Welcome to AS History!. 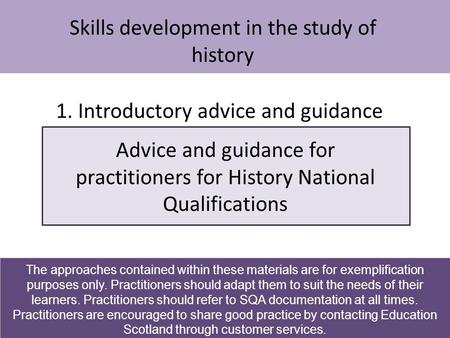 Skills development in the study of history 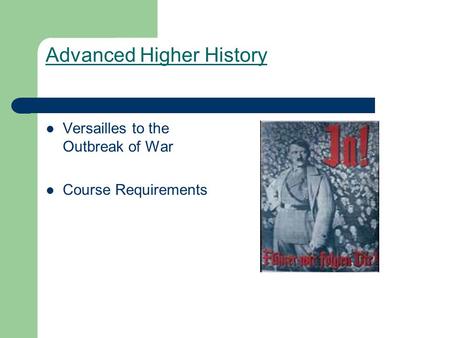 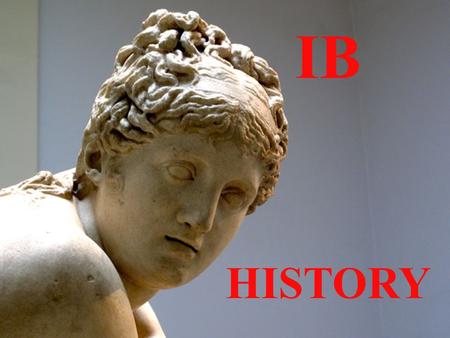 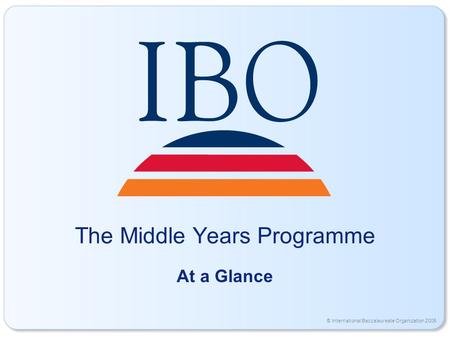 © International Baccalaureate Organization 2006 The Middle Years Programme At a Glance. 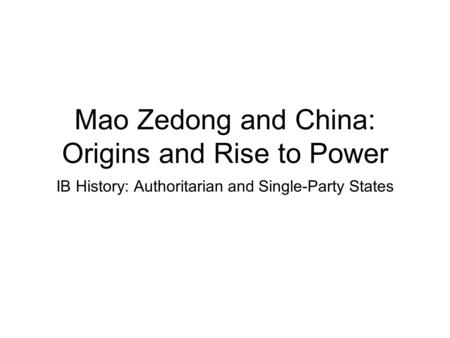 Mao Zedong and China: Origins and Rise to Power 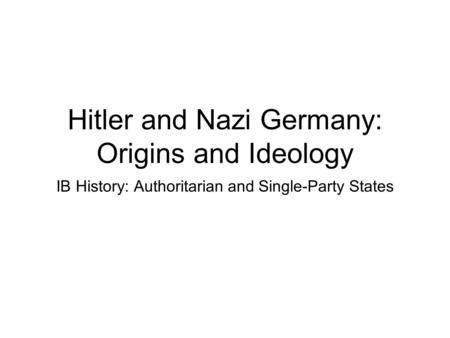 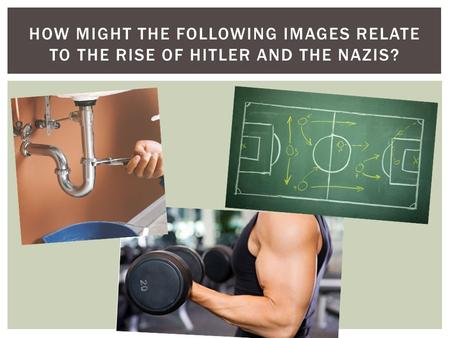 HOW MIGHT THE FOLLOWING IMAGES RELATE TO THE RISE OF HITLER AND THE NAZIS? 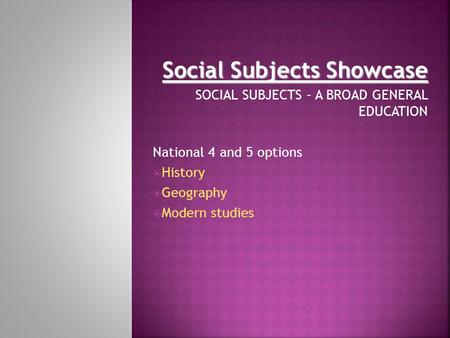 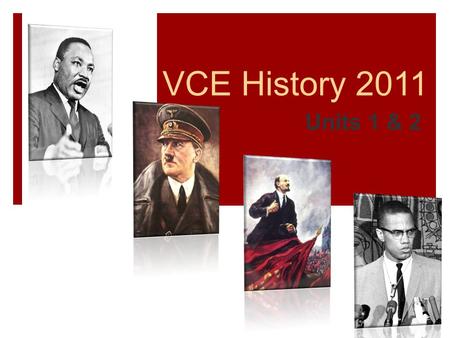 VCE History 2011 Units 1 & 2. WHAT DO I HAVE TO DO TO PASS YR 11 HISTORY? To pass you must demonstrate the knowledge and skills to meet an outcome. Each. 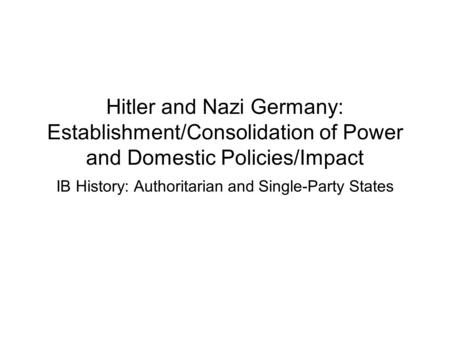 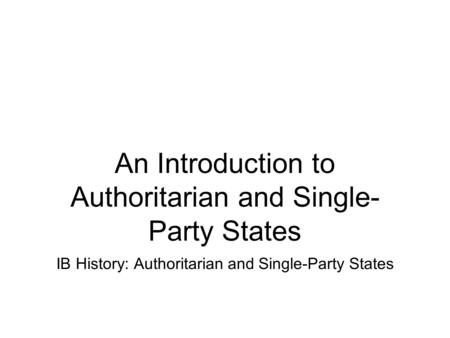 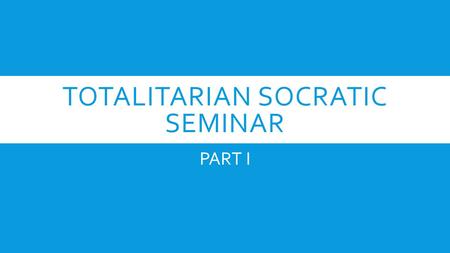 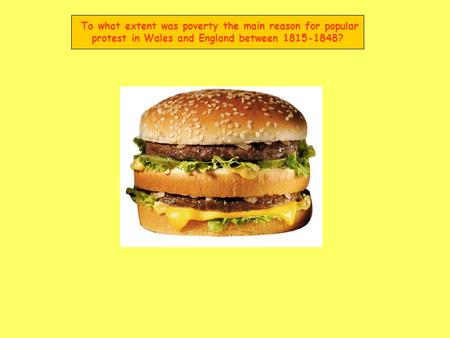 To what extent was poverty the main reason for popular protest in Wales and England between ? 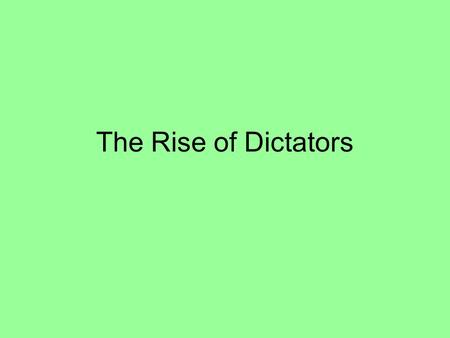 The Rise of Dictators. Types of Government Dictator – a person exercising absolute power and unrestricted control in a gov. without hereditary succession. 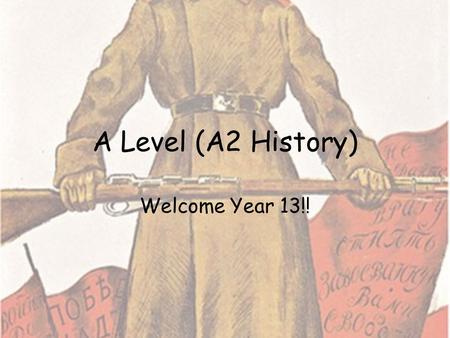 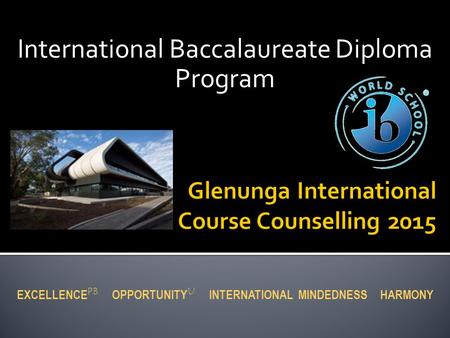 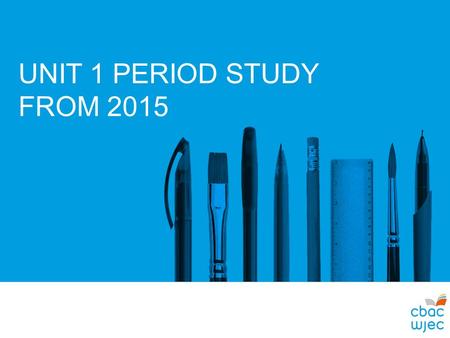 UNIT 1 PERIOD STUDY FROM OVERVIEW OF THE PERIOD STUDY PROVISION FOR 2015 SOME SPECIFIC ISSUES STRUCTURE OF THIS SESSION. 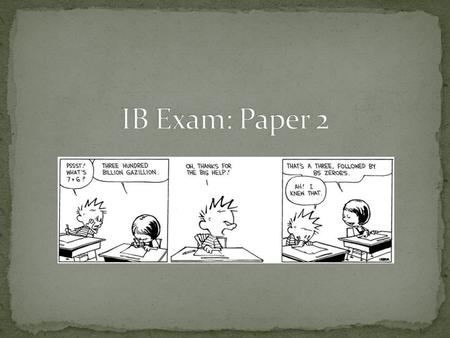 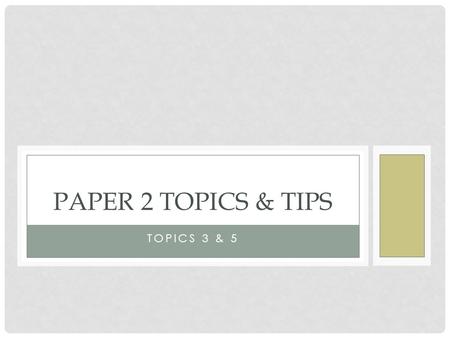