2 Instructional Objectives:
Students will be able to: Define Projectile Motion Distinguish between the different types of projectile motion Apply the concept to a toy car and measure its velocity

5 Examples: Ball being thrown, water coming out of the hose, a bullet fired from a gun, arrow shot from a bow, cannonballs, fountains.

9 Question At the highest point what can be said about the vertical velocity?

14 THROW AT THE MONKEY (FAST) WITH GRAVITY ON

15 THROW AT THE MONKEY (SLOW) WITH GRAVITY ON

16 THE PLANE AND THE PACKAGE

17 THE TRUCK AND THE BALL

19 Types of problems The problems we do break down to four basic types
Find the time to hit the ground. Find the range (displacement in the x direction) Find the maximum Height Find the initial velocity (with or without angle)

21 Horizontal Motion A cannon is on the top of a 100 m high hill. If the cannon shoots a cannonball at 50 m/s. What is the distance that the cannonball will travel?

23 Horizontal Motion 2 A baseball rolls off of a table that is 1.5 meters tall. If the baseball hits the ground 1 meter away from the table how fast was it going when it rolled off?

26 Horizontal Motion 3 The same baseball from the previous problem keeps rolling down the hall at the same speed. It rolls over the top of a ledge and hits the ground 3 meters from the ledge. How tall is the ledge?

28 Class Exercise An object is fired from the ground at 100 meters per second at an angle of 30 degrees with the horizontal Calculate the horizontal and vertical components of the initial velocity After 2.0 seconds, how far has the object traveled in the horizontal direction? How high is the object at this point? 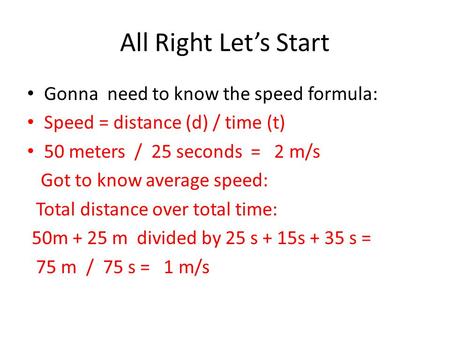 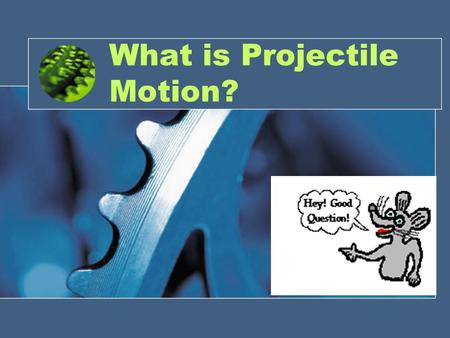 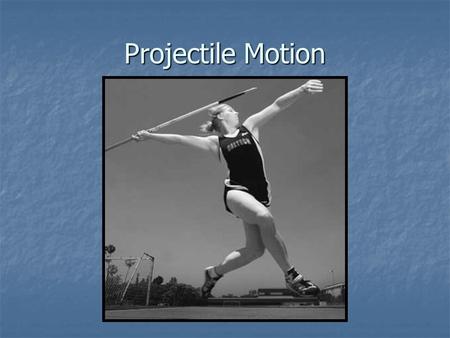 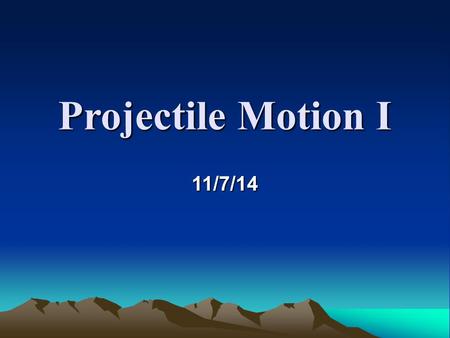 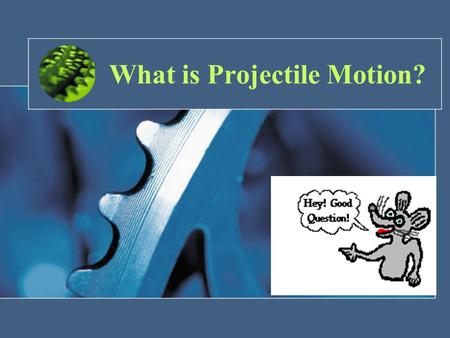 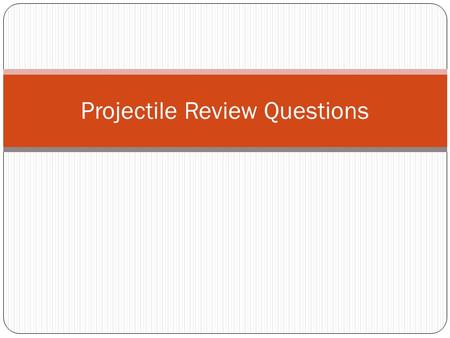 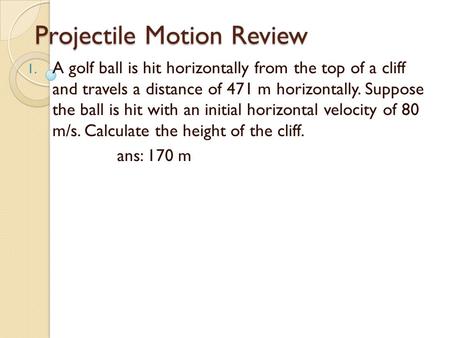