2 1.General i.CCS =>EB made a recommendation to COP/MOP 2 2.Governance i.Catalogue of EB decisions =>implementation has been launched road testing expected in the first quarter 2007, guidance on design given to secretariat ii.Performance indicators =>some have been identified in CDM MAP 2007 and are being implemented further work before end of 2006 COP/MOP 1 requests – follow up

3 3. Additionality and Methodologies i.Project activities under a programme of activities =>Board to apply COP/MOP guidance when considering proposed new methodologies =>Consideration of cases =>EB preparing guidance document, to be consider at EB28. ii.Broaden applicability conditions and increase validity and use of approved methodologies, clarifications iii.Call for inputs to improve Additionality tool and provide alternatives, consideration by EB and reporting back to COP/MOP. iv.Priority consideration by EB of non-renewable biomass v.Review definition for SSC and make recommendations

6 Evolution of no. of registrations over one year Status: 7 November 2006

7 Evolution of issuance of CERs over last year Status: 7 November 2006 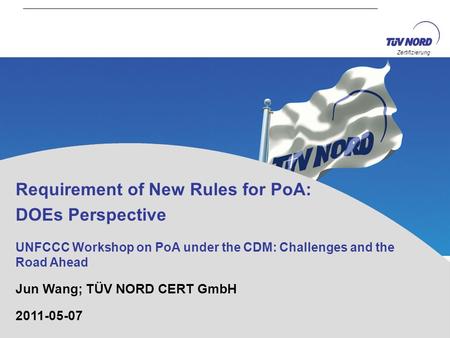 Requirement of New Rules for PoA: DOEs Perspective 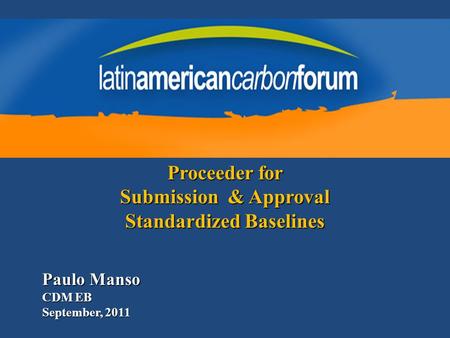 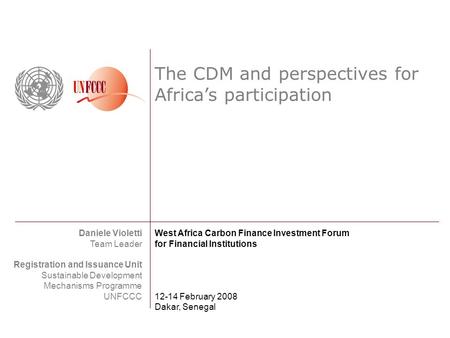 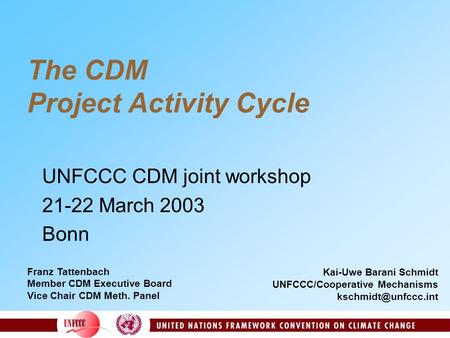 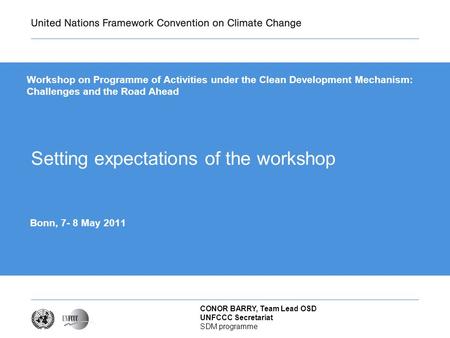 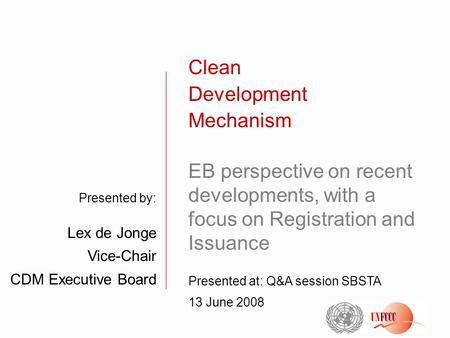 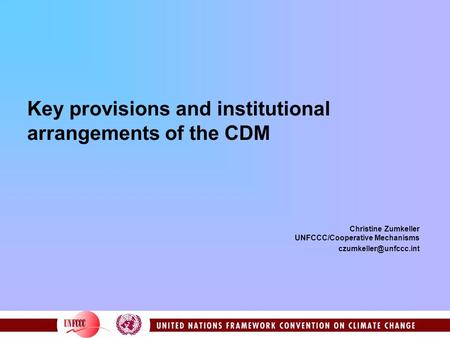 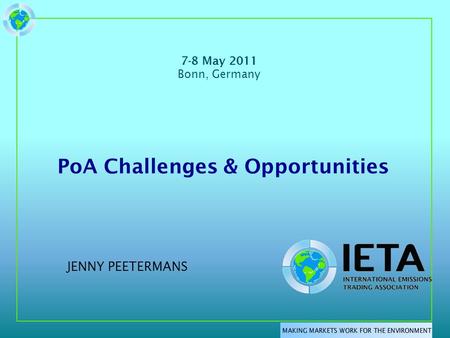 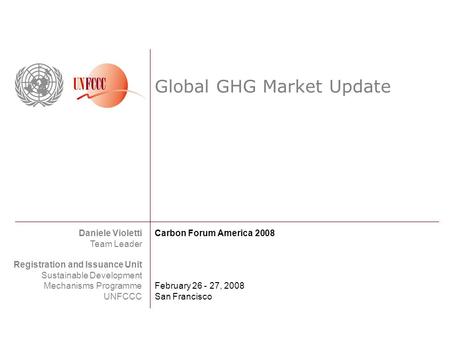 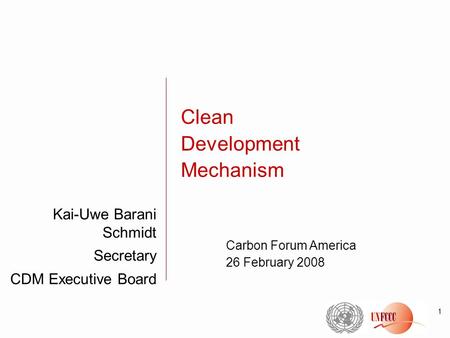 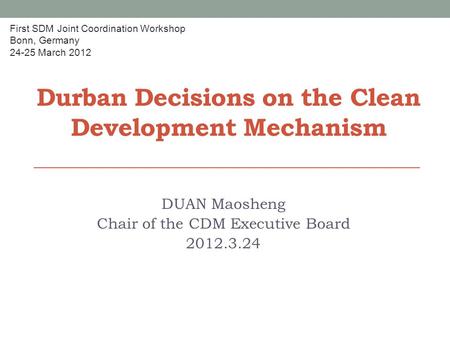 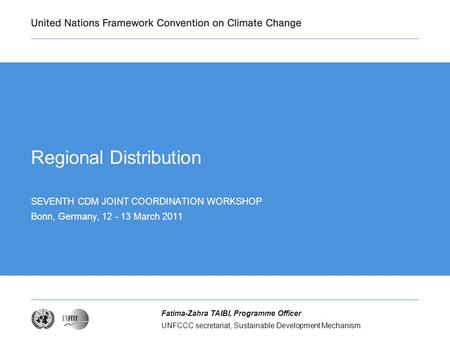 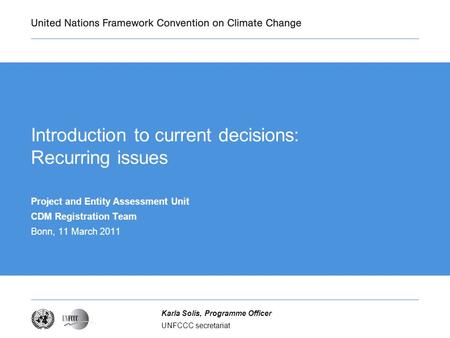 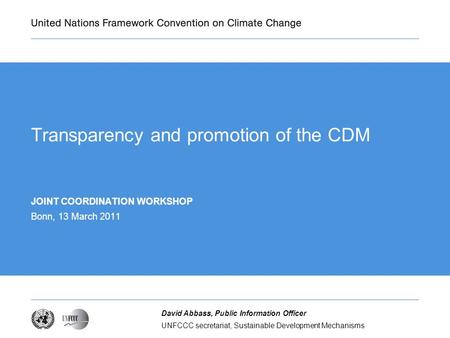 Transparency and promotion of the CDM 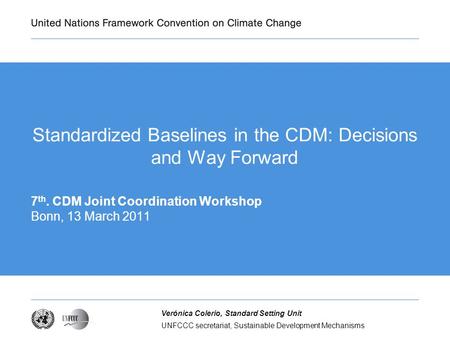 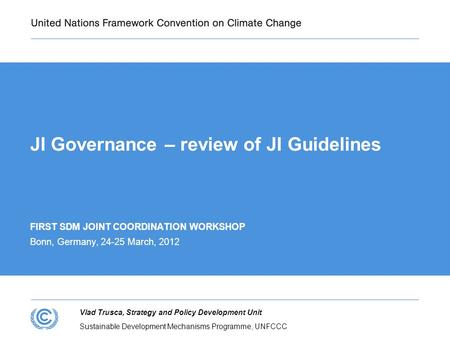 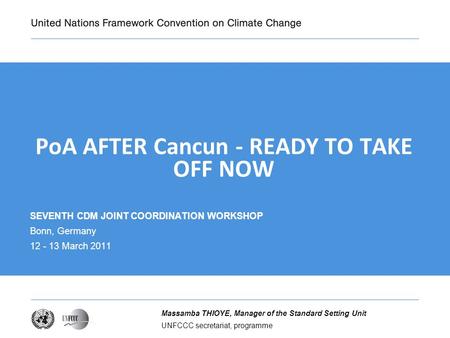 PoA AFTER Cancun - READY TO TAKE OFF NOW 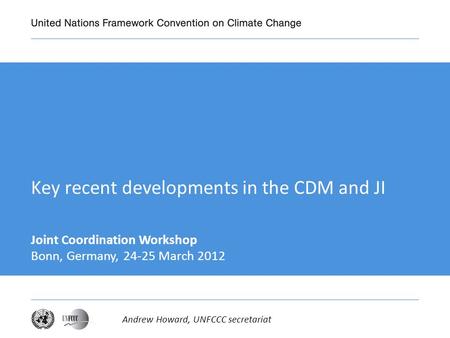 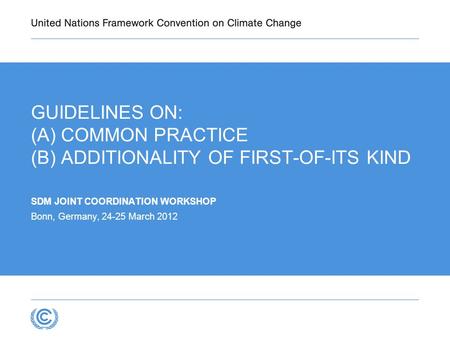