15 The Middle Passage This plan above of a slave ship shocked the public when it appeared in It shows how 482 slaves could be packed on board the Brookes of Liverpool for the 6 to 8 week voyage to the West Indies. The Brookes actually carried 609 slaves on one voyage.

22 Colonies Quiz #2: Which colony was created for a different reason than the others? Georgia, as a refuge for debtors.

23 Colonies Quiz New England
#3: The Pilgrims and Puritans settled in which region of the colonies? New England

24 Colonies Quiz New England
#4: Which region of the colonies was LEAST suited to the use of slave labor? New England 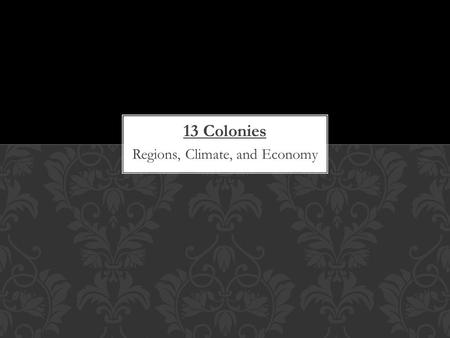 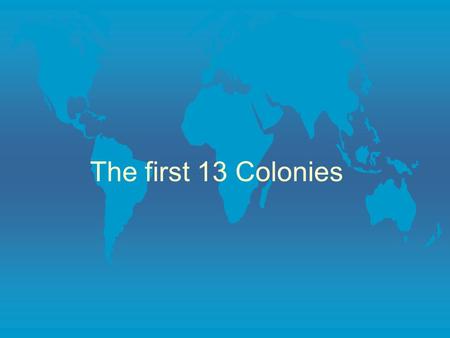 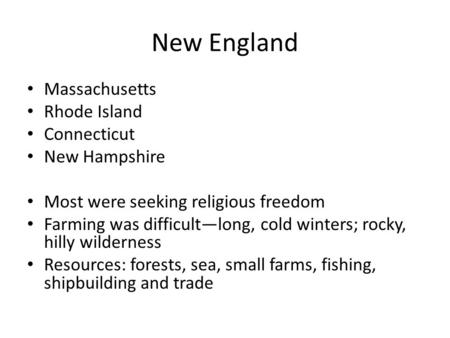 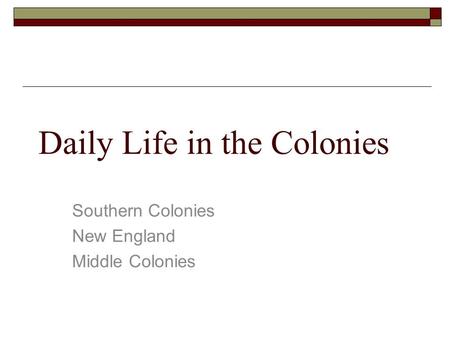 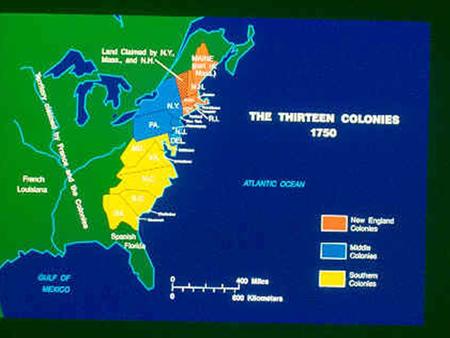