1 2.2 Western Europe During the middle Ages
The Franks take over

2 Between the Fall of rome (476 C. E. )and William the Conqueror (1066 C
Between the Fall of rome (476 C.E.)and William the Conqueror (1066 C.E.): Franks control Western Europe Rome fell, which left no central government in power. The Franks, a powerful Germanic group and a barbarian tribes controlled much of Europe. Their success was due to a new style of warfare: armed knights on horseback who demanded payment of land and privileges.

5 300 years later: Charlemagne (aka Charles the Great)
Most important leader of Franks Ruled from 768 to 814, more than 40 years Illiterate but encouraged education and scholarship Aachen, (in modern Germany) is city of his court, center of learning

6 Charlemagne: a partnership with the Catholic church
Unified all Christian lands in Europe into his empire He was called the “King Father Of Europe” Pope, head of Roman Catholic Church, crowned him Holy Roman Emperor in 800 C.E.

8 Vatican in Rome, home of the pope

10 The agreement between the pope and charlemagne creates historical problem
Who has more power: the pope (the church) or the king? The pope says he does; after all, he placed the crown on Charlemagne’s head. Charlemagne says, “Only because I let you. I have the ultimate authority over my people.”

11 This problem came up in U.S. Politics in 1960
If elected president, would JFK, a practicing Catholic,, listen to the Pope over Americans? He said, “No,” and was elected. Only Protestant Christians have been President before and since (43 out of 44).

12 Charlemagne dies in 814 C.E. but Feudalism Lives on
His kingdom survived many barbarian attacks, including Vikings from the north, Muslims, and Saxons. When he died, his empire was divided among his three sons, and it quickly fell apart. New rulers were weak leaders. However, these rulers helped prepare Europe for feudalism.

13 Charlemagne’s Legacy: Order from Chaos
Rulers followed the Frank’s practice of rewarding knights with land and privileges, in return for military service (feudalism). This reestablishes order in post-Roman Europe. Knights are trained to fight! Then, in1066, European feudalism enters England through the Norman (French) king William the Conqueror

15 However, the question remains…
Since all of Medieval Europe is Catholic, shouldn’t the people’s true ruler be the Pope, since he is God’s representative on Earth? Footnote: the pope and priests keep the long robes and colors of Roman emperors to keep the historical connection with power!

16 Monarchs say, “No way!” They claim the “divine right of kings.” They believe that God gave them the right to rule, which makes them the ultimate authority over people.

17 Pay attention to the following Terms in Brain Pop clips “Middle ages” and “feudalism”:
Hierarchy Manor Fiefs Notice that the church is not included in this hierarchy; it has its own parallel system (Chap. 3).

18 Fief and manor explained: Fief is the gift of Land; manor is everything built on the lanD. 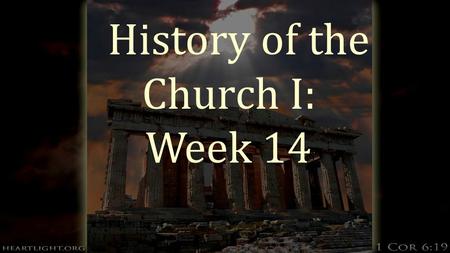