3 What is Convection? Convection is the transfer of heat by the actual movement of the warmed matter. Heat leaves the coffee cup as the currents of steam and air rise. Convection is the transfer of heat energy in a gas or liquid by movement of currents. (It can also happen is some solids, like sand.) Consider this: convection is responsible for making macaroni rise and fall in a pot of heated water. The warmer portions of the water are less dense and therefore, they rise. Meanwhile, the cooler portions of the water fall because they are denser.

4 So… then what is Conduction?
Conduction is the transfer of energy through matter from particle to particle. Also can be referred to as the transfer and distribution of heat energy. For example, a spoon in a cup of hot soup becomes warmer because the heat from the soup is conducted along the spoon. Conduction is most effective in solids-but it can happen in fluids. Fun fact: Have you ever noticed that metals tend to feel cold? Believe it or not, they are not colder! They only feel colder because they conduct heat away from your hand. You perceive the heat that is leaving your hand as cold.

6 …and what Radiation? Radiation: Electromagnetic waves that directly transport ENERGY through space. Sunlight is a form of radiation that is radiated through space to our planet.

7 Pop Quiz Question! If a cup of coffee and a red popsicle were left on the table in this room what would happen to them? Why?

8 Do colors matter? Yes! Heat excites a black (dark) surface more than a white (light) surface. Black is a good absorber and a good radiator. Think of black as a large doorway that allows heat to pass through easily. In contrast, white is a poor absorber and a poor radiator of energy. White is like a small doorway and will not allow heat to pass easily.

10 1. Which of the following is not a method of heat transfer?
A. Radiation B. Insulation C. Conduction D. Convection

11 In which of these are the particles closest together?
A. Solid B. Liquid C. Fluid D. Gas

12 How does heat reach the Earth from the Sun?
A. Conduction B. Convection C. Insulation D. Radiation 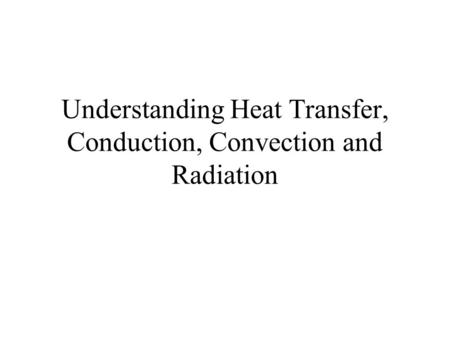 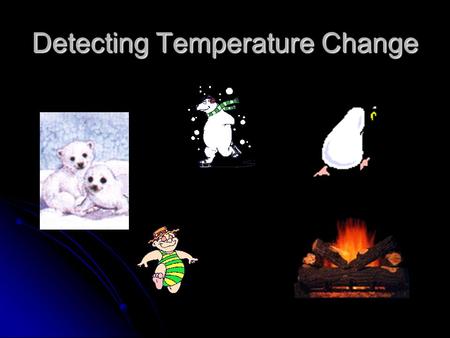 Detecting Temperature Change. External temperature change Skin is the barrier between our body and the external environment and can be 2 or 3 degrees. 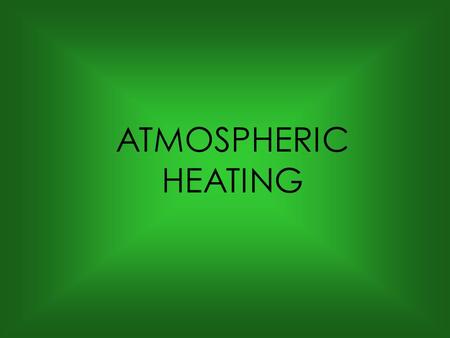 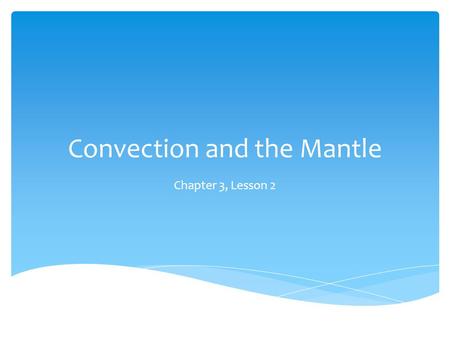 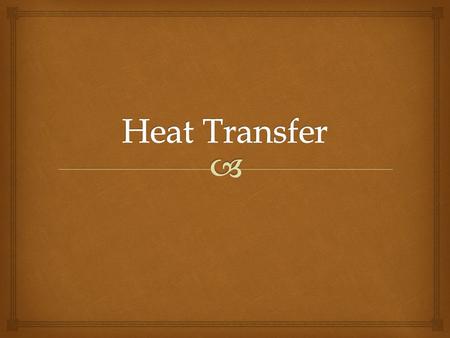  List what they have in common     Temperature- a measure of the amount of kinetic energy in a substance  Heat- a transfer of energy between. 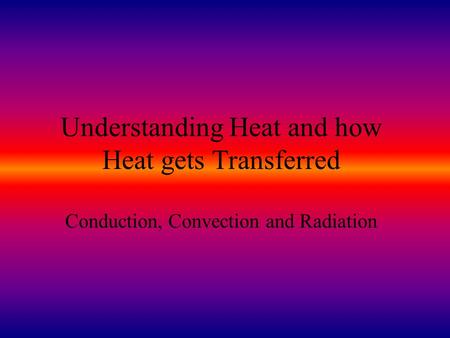 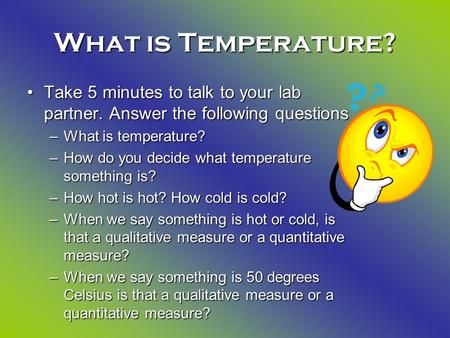 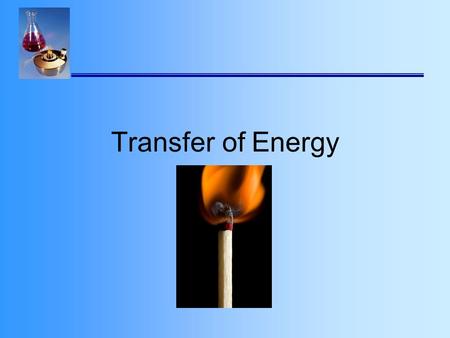 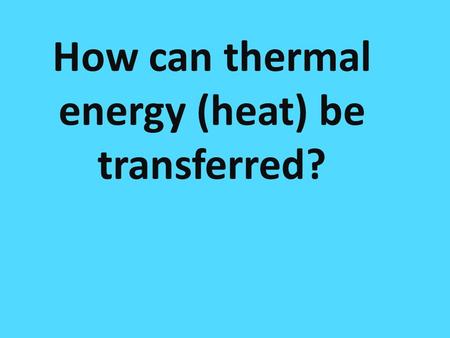 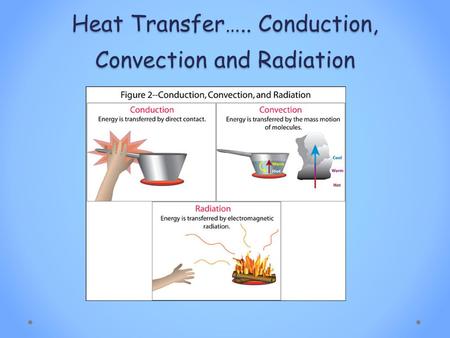