2 Africa Today Ch. 23.2: pages 711-715 North Africa Algeria –Military leaders took control but fighting soon developed between the government and the Islamic opposition. –Since 1999 they have promised to cooperate.

3 Morocco, Tunisia, and Libya Since the 1980s and 90s, Morocco and Tunisia had strong stable governments. Libya has had Qaddafi in power and has had problems or issues with the West. –In 1999, he agreed to turn over two fugitives accused of blowing up a Pan Am airliner in 1988, over Lockabie Scotland. –Terrorist activities –Current civil unrest.

5 Democratic Republic of the Congo Country’s name changed to Zaire Mobutu Sese Seko dictator Rebellion took hold by guerrilla forces in 1996. In May 1997, Mobutu gave up power and fled abroad…Laurent Kabila named himself the new leader and changed the name to …. Democratic Republic of the Congo. Kabila banned political parties. In 1998 rebels tried to overthrow Kabila--- peace talks began in 1999.

6 Rwanda and Burundi Ethnic tensions turned to violent conflict during the 1990s. Under Belgian colonial rule –Tutsi were favored over Hutu Independence in 1962 –Hutu left to rule In 1994— –Hutu led Rwandan government battled Tutsi guerrillas. –Genocide—Hutu killed more than 500,000 people In 1996– conflict broke out in Burundi between the Tusi led government and Hutu rebels.

8 Challenges in Africa Unity –Pan-Africanism – African leaders sought to promote cooperation among all nations of the continent. –1963-formed the Organization of African Unity (OAU) Backed nationalist movements to rid themselves of colonialism. Goals –economic growth and development Plan to create an all-African free trade area

9 Challenges Economic development –Move from rural economies into world of mining, manufacturing, and service industries. –Learn to read and write –Repair infrastructure –Get away from colonial legacy Cash crops—grown for profit and exported Leaders tried to remedy the imbalance from only one or two resources—get rid of one-product economies. –Towards socialism and away from capitalism=colonialism.

11 HOPE Literacy rates are up. Education is helping to raise the standard of living. Realize they need to produce their own food, its own tools, its own weapons….need to rely on themselves. Artists and writers have built on the foundation of African pride to help deal with modern problems. 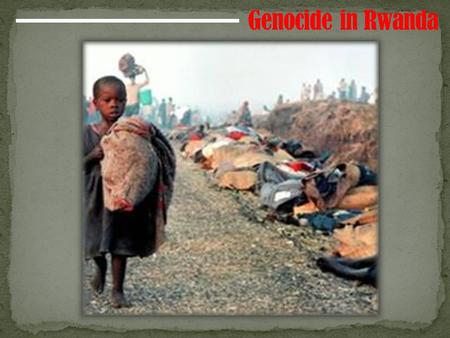 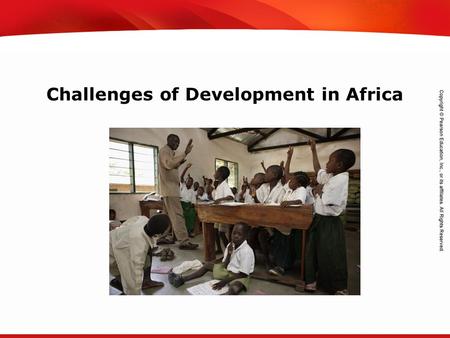 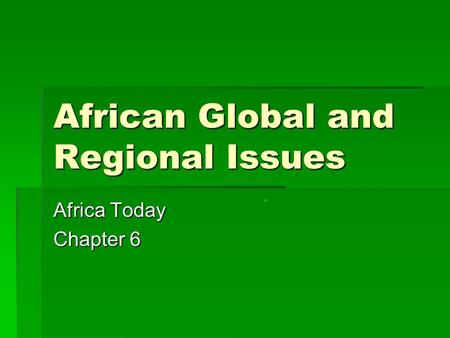 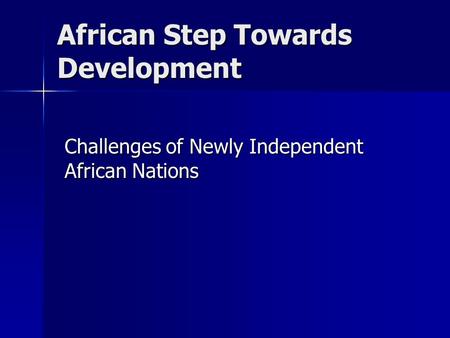 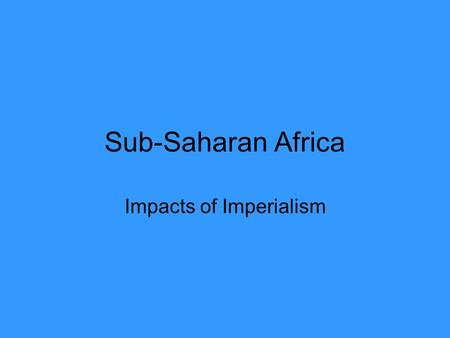 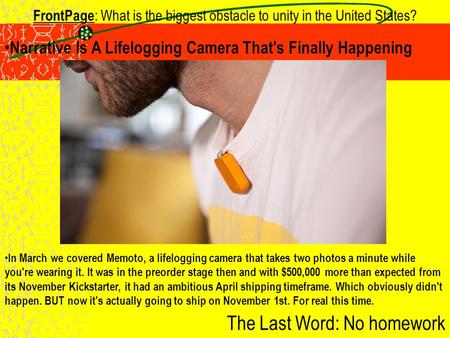 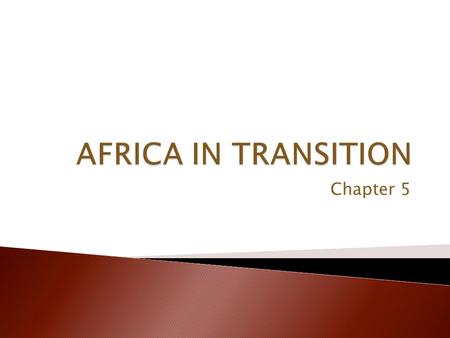