2 Cohesion Policy: an EU success story
It is a policy of solidarity - the vehicle for delivering regional aid Through this policy, the EU seeks to ensure that: - benefits of integration are as widely spread as possible - development is as balanced as possible in geographical terms

3 Origins of EU Cohesion Policy
The EU founding fathers – representing the original 6 Member States - already had the vision, set out in the Treaty, that: "the Community shall aim at reducing the disparities between the levels of development of the various regions“ This set the tone for subsequent policy…

4 The need for a coordinated Community solution to regional imbalances also recognised in Commission reports: 1965: First Communication on Regional Policy: conclusions of three groups of experts The Assembly (today’s EP) expressed support in resolutions during the 1960s

5 1970s: idea of structural aid for deprived regions starts taking shape
1968: creation of the Directorate General for Regional Policy Jean Rey (1968) “Regional Policy in the Community should be as the heart is in the human body…and should aim to reanimate human life in the regions which have been denied it” 1971: Council Resolutions: incentives to regional development in CAP and co-ordination of financial aids

6 Start of real action with real resources
1973: “Thompson Report”...although the objective of continuous expansion (…) has been achieved, its balanced and harmonious nature has not… 1975: European Regional Development Fund (ERDF) set up for a 3-year test period. Aim was to correct regional imbalances due to: predominance of agriculture industrial change structural unemployment

11 1988 Reform: projects to programmes
Major shift from annual project selection by Member States Moves towards a more strategic and multi-annual programming ……built on a wide partnership between regions, MSs and the EC

15 2000-2006: making a success of enlargement
2 key themes: i) Efficiency: simplification design and procedures ii) Preparation for enlargement ‘Agenda 2000’ paved the way for biggest ever enlargement of the EU - 10 new Member States joining in May 2004 This historic enlargement brought 20% increase in the EU population, but only 5% increase in GDP

17 Summary: 2000 - 2006 phasing-out of some objective 1,2 and 5b regions
3 common objectives Introduction of pre-accession instruments for candidates (ISPA) Increase of the structural fund budget to €38 billion p.a. (ca. 33% of EU budget) 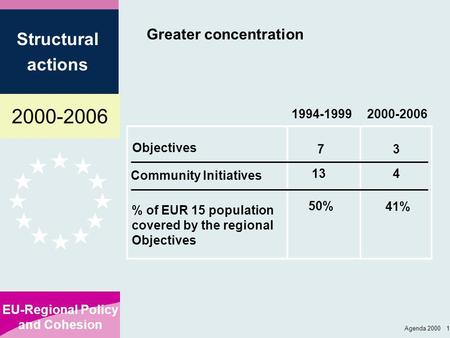 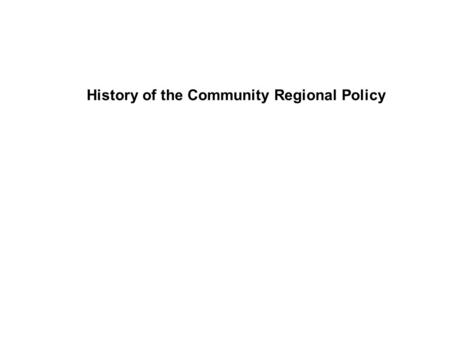 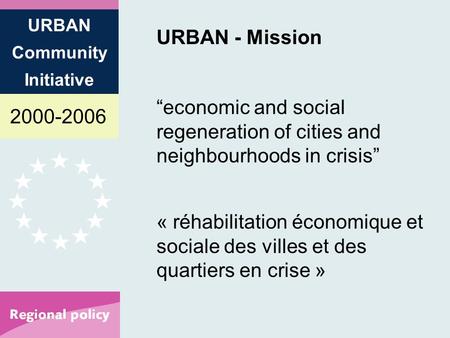 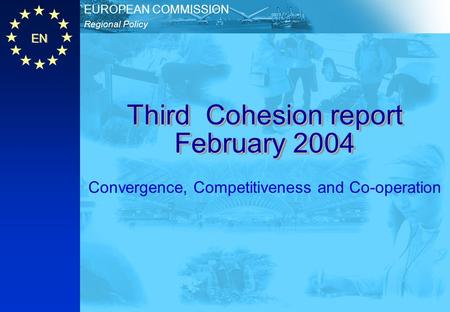 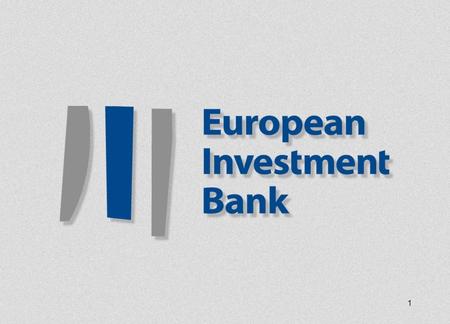