2 WHAT IS SOCIAL EQUALITY?
- is a social state of affairs in which all people within a specific society or isolated group have the same status in a certain respect - includes equal rights under the law, such as security, voting rights, freedom of speech and assembly, the extent of property rights, and equal access to social goods and services, etc. - requires the absence of legally enforced social class or caste boundaries and the absence of unjustified discrimination - refers to social, rather than economic, or income equality

5 UNIVERSAL DECLARATION OF HUMAN RIGHTS
- adopted by the United Nations General Assembly on the 10 December 1948 in Paris - 30 Articles, part of The International Bill of Human Rights. - Article 1 - All human beings are born free and equal in dignity and rights. They are endowed with reason and conscience and should act towards one another in a spirit of brotherhood. - Article 2 - Everyone is entitled to all the rights and freedoms set forth in this Declaration, without distinction of any kind, such as race, colour, sex, language, religion, political or other opinion, national or social origin, property, birth or other status. - Article 7 - All are equal before the law and are entitled without any discrimination to equal protection against any discrimination in violation of this Declaration and against any incitement to such discrimination.

6 - Article 10 - Everyone is entitled in full equality to a fair, and public hearing by an independent and impartial tribunal, in the determination of his rights and obligations and of any criminal charge against him. - Article 16 - Men and women of full age, without any limitation due to race, nationality or religion, have the right to marry and to found a family. They are entitled to equal rights as to marriage, during marriage and at its dissolution. - Article 23 - Everyone, without any discrimination, has the right to equal pay for equal work.

7 Convention on Eliminiation of Discrimination Against Women
- an international convention adopted in 1979 by the United Nations General Assembly - „Any distinction, exclusion or restriction made on the basis of sex which has the effect or purpose of impairing or nullifying the recognition, enjoyment or exercise by women, irrespective of their marital status, on a basis of equality of men and women, of human rights and fundamental freedoms in the political, economic, social, cultural, civil or any other field.“ - States are required to enshrine gender equality into their domestic legislation, repeal all discriminatory provisions in their laws, and enact new provisions to guard against discrimination against women

9 Council Directive 2000/78/EC
- established a general framework for equal treatment in employment and occupation - the purpose: to lay down a general framework for combating discrimination on the grounds of religion or belief, disability, age or sexual orientation as regards employment and occupation - shall apply to all persons in relation to: (a) conditions for access to employment, to self-employment or to occupation (b) access to all types and to all levels of vocational guidance, vocational training, advanced vocational training and retraining (c) employment and working conditions, including dismissals and pay; (d) membership of, and involvement in, an organisation of workers or employers

12 Anti-Discrimination Act
- Act No. 365/2004 of 20 May 2004 on equal treatment in certain areas and protection against discrimination, amending and supplementing certain other laws - addresses discrimination and brings forward the principle of equal treatment. Equal treatment must be facilitated in recruitment procedures, employment relations, work conditions, promotions and wages, access to vocational training and participation in professional groups and organisations

16 “The only difference between man and man all the world over is one of degree, and not of kind, even as there is between trees of the same species. Where in is the cause for anger, envy or discrimination?” (Mahatma Gandhi) THANKS FOR YOUR ATTENTION! 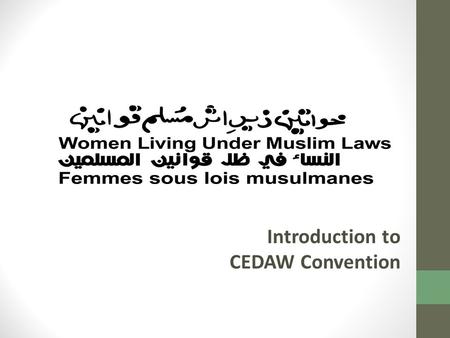 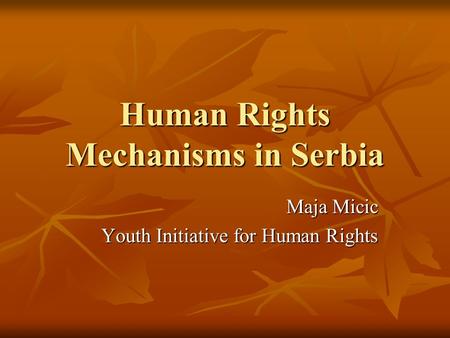 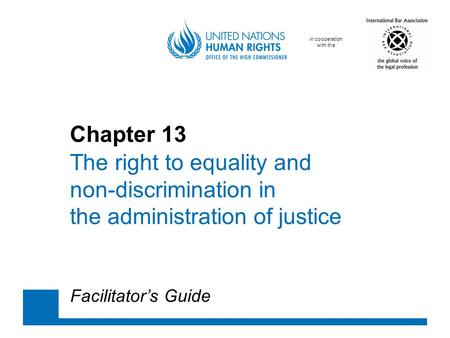 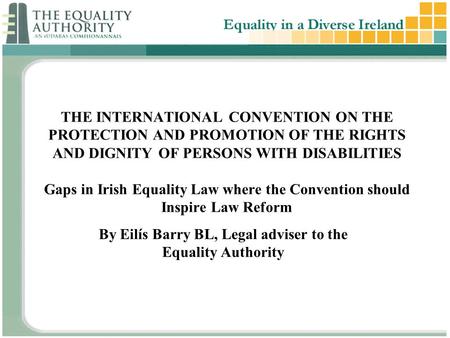