2 Main Idea Psychology involves sets of questions, theories, methods, and possible answers that have been passed on and changed from generation to generation.

5 Origins of Psychology Insert pictures of Greek Philosophers 5 th and 6 th Century B.C., Greeks study human behavior and decide that people’s live were NOT dominated so much by the gods by by their own minds. People are rational beings. Used observation to interpret their world.

6 The Origins of Psychology Roots date back to Ancient Greece Socrates – “Know thyself” (motto of Psychology) Introspection: The way to learn about ourselves is through careful examination of our own thoughts & feelings. Plato – student of Socrates recorded his advice Aristotle – student of Plato Used scientific approach to learn about the mind. Principle Human behavior is subject to certain universal laws and rules. (Example: people are motivated to seek pleasure and avoid pain. His book examines: Personality, Sensation and Perception, Thought, Intelligence, Needs/Motives, Feelings and Emotions, and Memory.

8 Middle Ages Psychological Disorders were believed to be caused by the devil or demons. Believers used a variety of test to see if a person was possessed. Water Float Test Used in the Salem Witch Trials Those that were pure would sink and drowned. Those that were possessed, floated and were deemed guilty and executed.

9 Birth of Modern Science Psychological study benefited from the other scientific breakthroughs in the 1500-1700’s. 1800’s began the Era of Modern Psychology Psychologist began to argue that observation of human behavior and mental processes was not enough. That observations must be done systematically and supported by evidence. What year is considered the beginning of psychology as a laboratory science?????? and Who established a lab in Germany????????

10 1879 - Wilhelm Wundt Creator of Structuralism – concerned with discovering basic elements of Conscious Experience. Objective Sensation Sight, taste, touch, etc. that reflect the outside world Subjective Feelings Thoughts that include emotional responses and mental images. Use introspection to measure one’s experiences. What are the elements of Psychological processes?

12 Functionalism Uses both: Observable Behaviors in Lab Setting and Introspections Looks at: What are the purposes of behavior and mental processes? What do they accomplish for the person? Argues that: Adaptive behavior is learned and continues because it works. Argues that: Over time adaptive behaviors that work become habit. (automatic actions)

14 Gestalt Gestalt = German word for shape or form. Perceptions are influenced by the context in which we view things or events. Context influences how people interpret information. Involves an AH HA!!! MOMENT.

15 Psychoanalytic Psychology Sigmund Freud Unconscious Mind Primitive biological urges which are in conflict with the requirements of society and morality. Methods Free Association Dream Analysis Case Studies –an analysis of the thoughts, feelings, beliefs, experiences, behaviors, or problems of an individual.

18 Watson & Behaviorism What did Watson believe and Why?

19 Watson & Behaviorism Psychology had to be limited to OBSERVABLE AND MEASURABLE EVENTS if it were to be considered a natural science. He thought only observable behaviors should be studied because no one but the person can know what is truly in their own consciousness. It is private! You can not rely on self reporting.

21 Humanistic Psychology Abraham Maslow Self Actualization and Hierarchy of Needs Carl Rogers Humanist believe humans are self directed and not controlled by the environment or unconscious forces. Emphasizes that humans are unique and have the ability to reach their full potential.

22 Cognitive Psychology Jean Piaget Noam Chomsky Focus is on how we Process, Store, and Use Information Focus on how this information influences our thinking, language, problem solving, and creativity. Believe behavior is influenced by a variety of mental processes such as perceptions, memories and expectations.

24 Sociocultural Psychology Sociocultural Psych studies the influence of cultural and ethnic similarities and differences on behavior and social functioning. Look at the Culture we belong to and how that impacts behavior. Also looks at socioeconomic status and gender. (See chart page 21 for comparison of contemporary approaches) 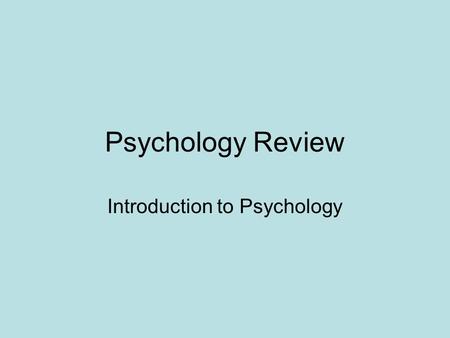 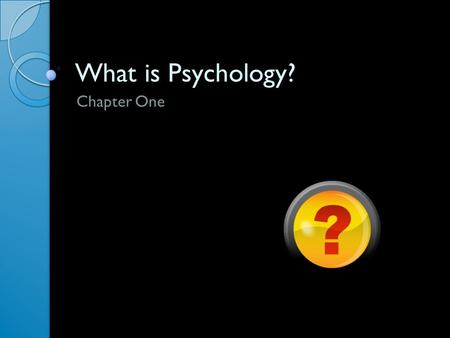 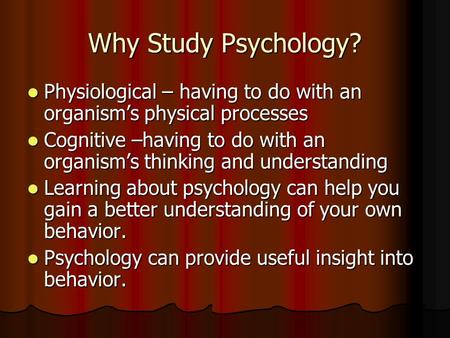 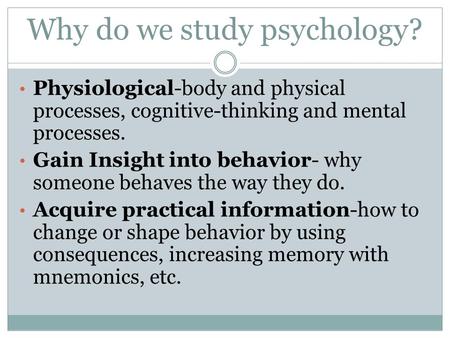 Why do we study psychology? Physiological-body and physical processes, cognitive-thinking and mental processes. Gain Insight into behavior- why someone. 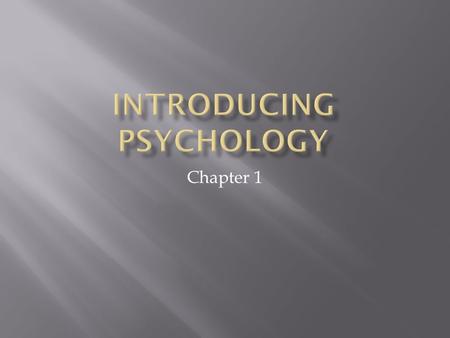 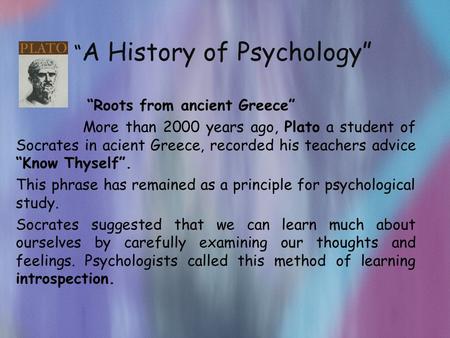 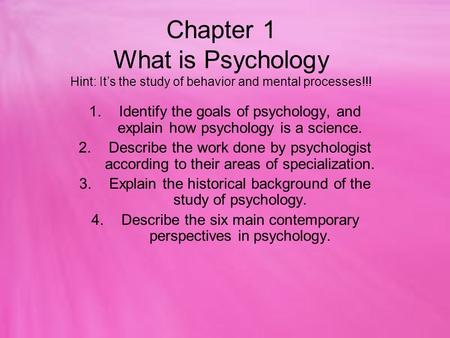 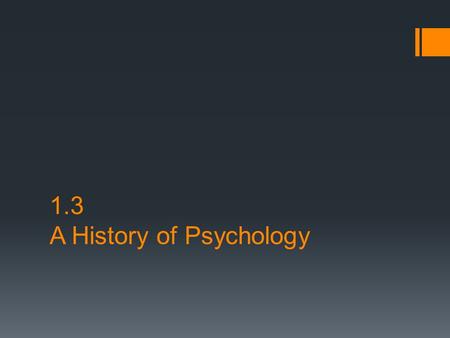 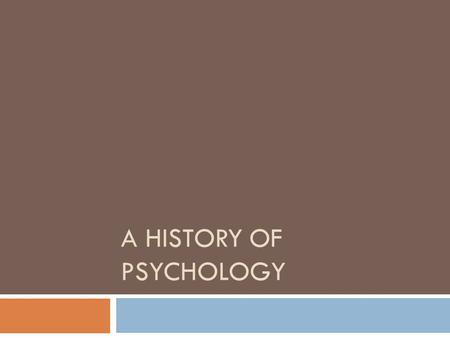 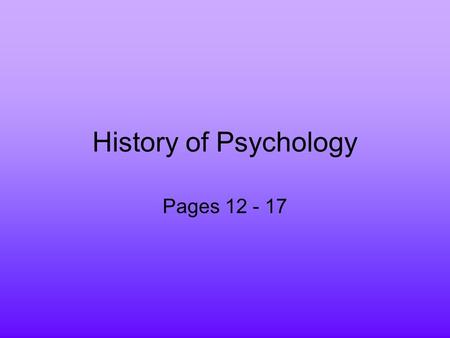 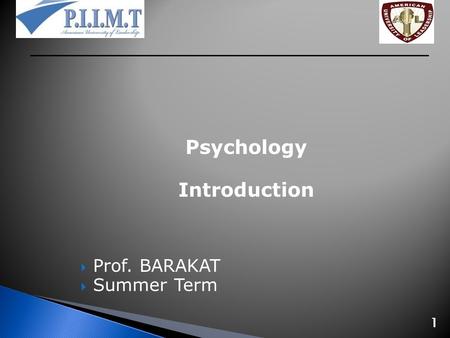 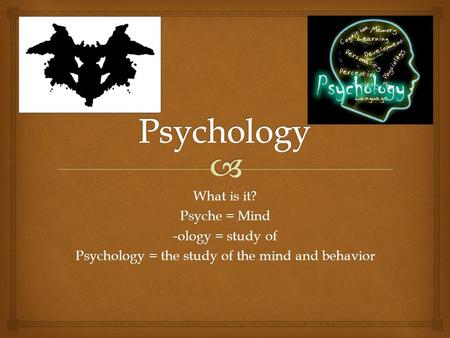 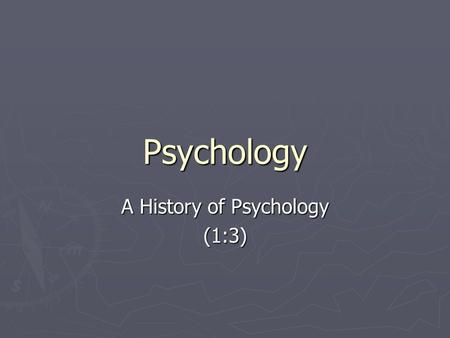 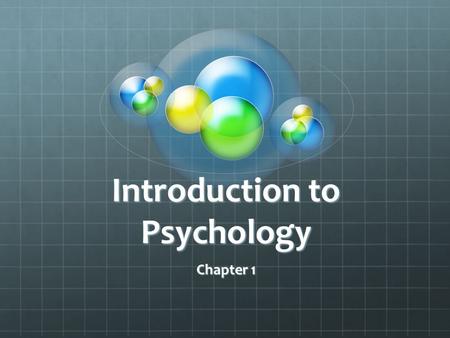 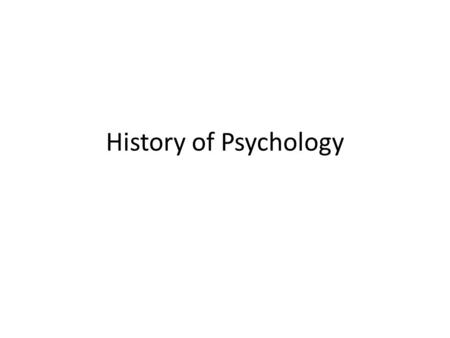