3 A general look at the digitisation effort

8 Summary Data rescue activities. NMA-RO has used sources which were prior identified (listed in deliverable D.1.14) to rescue data at Romanian stations covering time intervals prior to 1960. Monthly bulletins issued by the Romanian Meteorological Service were used and snow data and catchment average precipitation for 17 river basins have been digitized for the interval 1921-1940 (e.g. figure 1). In addition, daily bulletins issued by the Romanian Meteorological Service (from year 1925) have been used as alternative sources to fill some gaps of digitized air pressure data for 2 stations from Northern and Eastern Mediterranean areas (Tripoli and Tanger).

9 Figure 1. Evolution of monthly sum of precipitation (in mm) over Siret Basin recovered for the interval 1921-1940. Siret basin – newly rescued and digitized data for 1921-40

10 The precipitation climate of the Alps, as seen from an extended rain-gauge dataset F. A. Isotta, D. Masson and C. Frei 3 rd April 2012 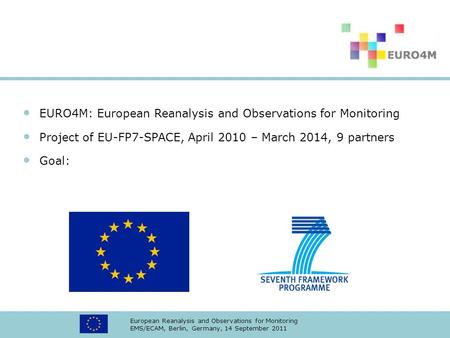 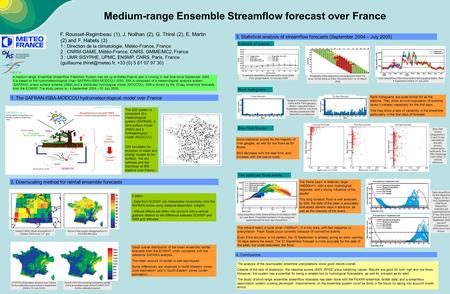 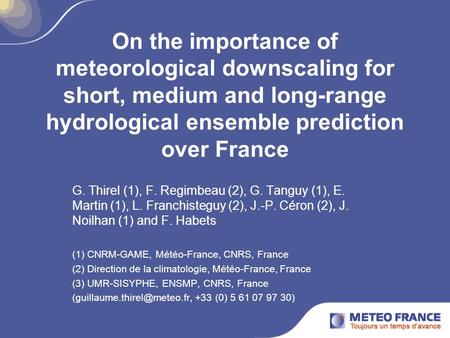 On the importance of meteorological downscaling for short, medium and long-range hydrological ensemble prediction over France G. Thirel (1), F. Regimbeau. 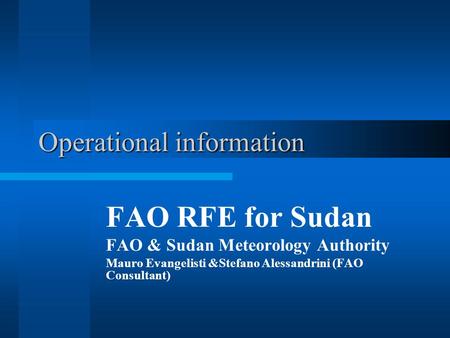 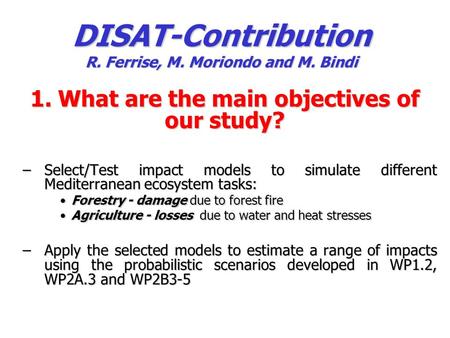 DISAT-Contribution R. Ferrise, M. Moriondo and M. Bindi 1. What are the main objectives of our study? –Select/Test impact models to simulate different. 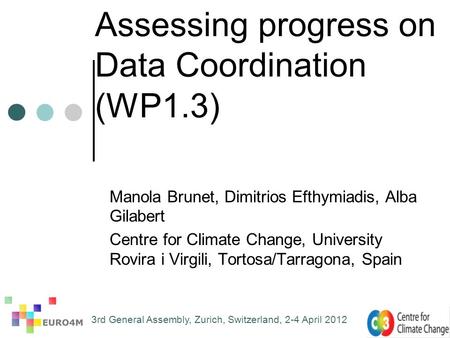 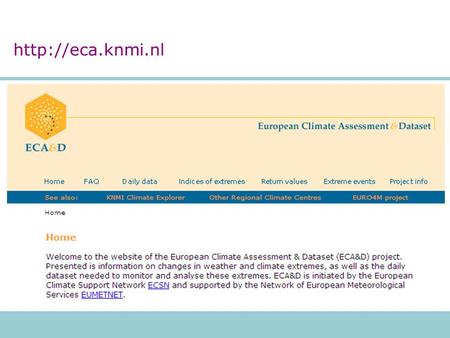 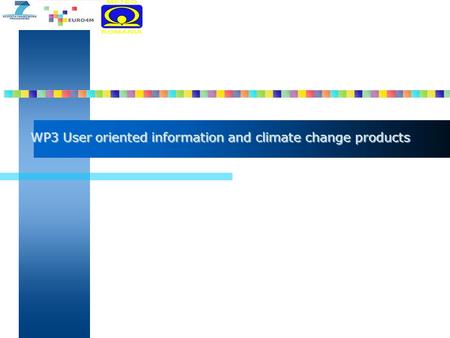 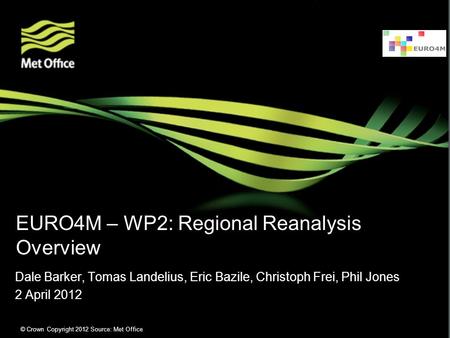 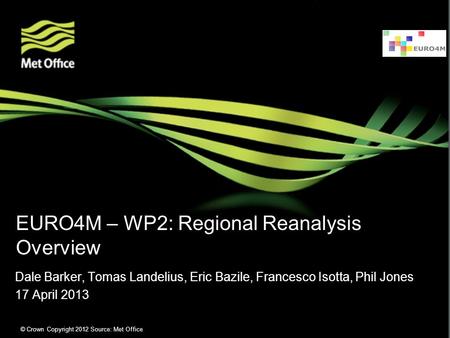 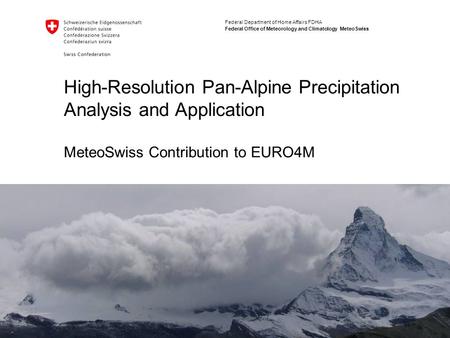 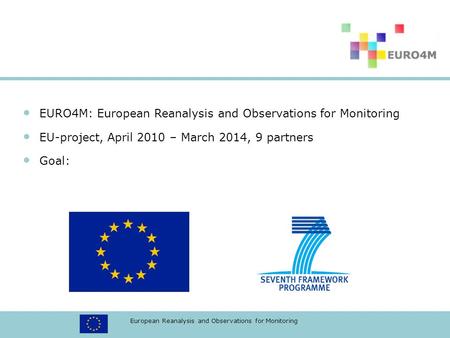 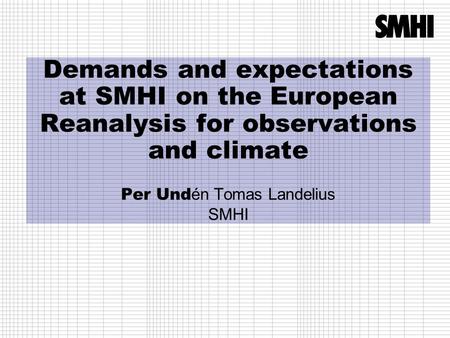 Demands and expectations at SMHI on the European Reanalysis for observations and climate Per Und én Tomas Landelius SMHI. 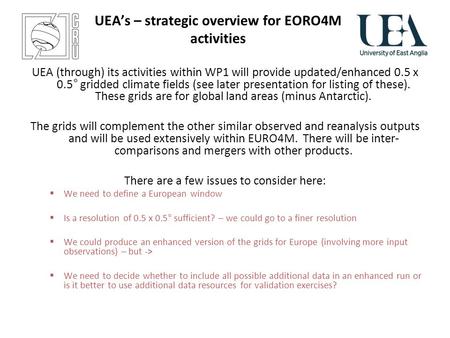 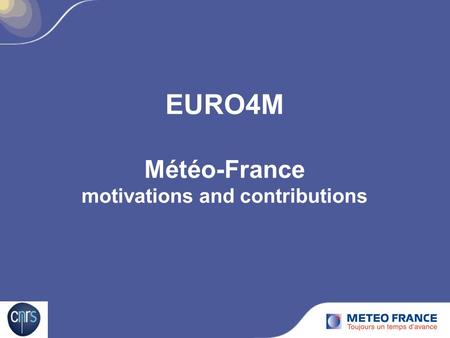 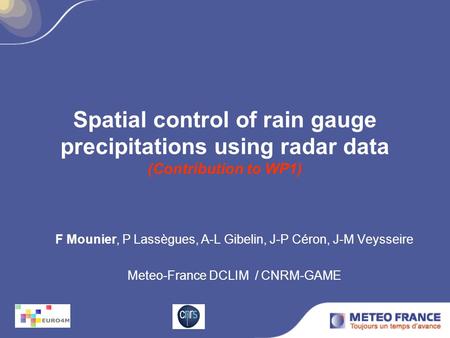 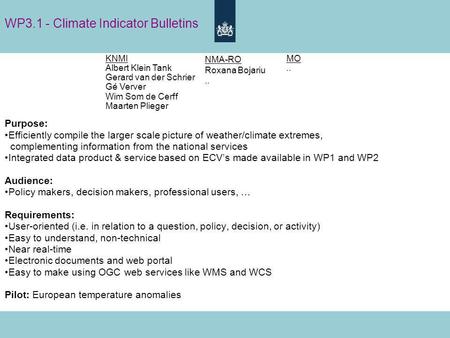 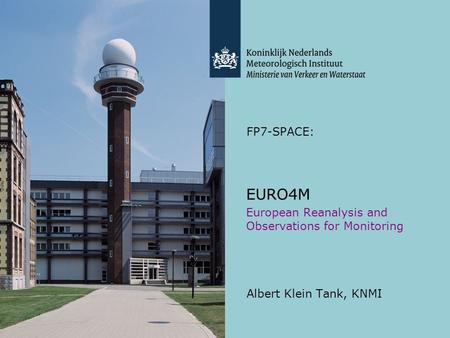 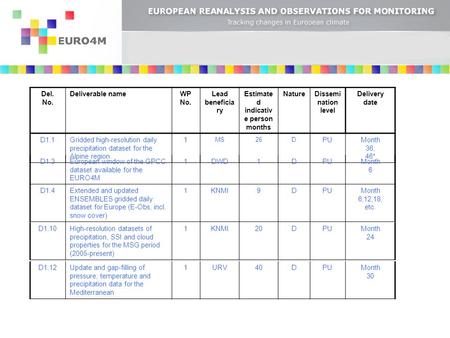 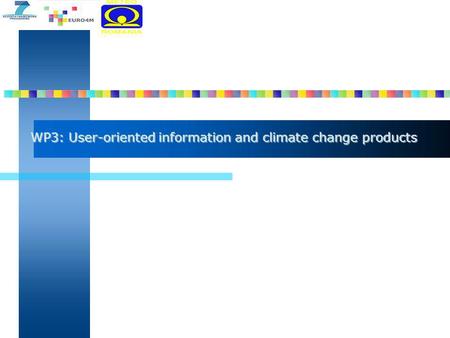