Presentation on theme: "American History Ch. 16  1. Under the spoils system, or ________, gov’t jobs went to supporters of the winning party in an election. By the late 1870s,"— Presentation transcript:

1 American History Ch. 16  1. Under the spoils system, or ________, gov’t jobs went to supporters of the winning party in an election. By the late 1870s, Americans believed that patronage corrupted those who worked for the gov’t.  C:\Documents and Settings\All Users\Desktop\My Documents\Progressiv e.asx C:\Documents and Settings\All Users\Desktop\My Documents\Progressiv e.asx

4 Sec 1  6. In the presidential election of 1884, Republicans remained divided over reform. Democrats nominated Governor Grover ________________ of NY.  7. The Republicans nominated James Blaine. Corruption was the major issue in this election.  8. Republican reformers were called “Mugwumps”. Some disliked Blaine so much that they left the party & joined the Democratic Party. Cleveland won the election.

6 Sec 1  11. In 1888, Benjamin Harrison the Republican candidate vs. Cleveland. The ________ issue was the major debate during this election. Harrison won the election by winning the electoral vote – but lost the popular vote.  12. The McKinley Tariff cut tariff rates on some goods, but increased the rates of others. It did however lower federal revenue & left the nation with a budget deficit.

7 Sec 2  1. In the 1890s, a political movement called _________ emerged to increase the political power of farmers and to work for legislation for farmers.  2. The gov’t issued millions of dollars in greenbacks. This led to _______ – Why?  3. The gov’t stopped printing greenbacks & started paying off bonds. As a result, the country did not have a large enough money supply to meet the needs of the economy. This led to _________. An increase in the value of money, but a decrease in what?

8 Sec 2  4. Deflation forced most farmers to borrow money to plant their crops.  5. The __________ was a national farm organization founded for social & educational purposes. When the country experienced a recession, large numbers of farmers joined the Grange for help.

9 Sec 2  6. Grangers put their money together and created ___________. These cooperatives pooled members’ crops and held them off the market to force prices to rise. However, the Grange did little to help the farmers in the long term.  7. The Farmers’ Alliance was formed in 1877. They were able to create large cooperatives & made low interest loans for farmers.

10 Sec 2  8. Members of the Kansas Alliance formed the People’s Party, or ________. This was a push for political reforms to help farmers.  9. In 1890 the Farmers’ Alliance issued the Ocala Demands to help farmers choose candidates in the elections. The demands included the adoption of the sub-treasury, the free coinage of silver, end to protective tariffs & national banks, & direct election of senators by voters.

11 Sec 2  10. In 1892, the People’s Party nominated James B. Weaver to run for president. Grover Cleveland was the democratic nominee; Cleveland won.  11. The Panic of _____ was caused by the bankruptcy of the Philadelphia & Reading RR’s. It resulted in a stock market crash and the closing of many banks. One year later the nation was in a deep depression.

12 Sec 2  12. The election of 1896 had William Jennings Bryan, the Democratic nominee vs. William McKinley, the Republican nominee. McKinley won the election.

13 Sec 3  1. After reconstruction, most African Americans were ________________, or landless farmers who had to give the landlord a large share of their crops to cover their costs for rent & supplies.  2. In 1879 Benjamin “Pap” Singleton organized a mass migration of African American, called Exodusters, from the rural South to Kansas.

16 Sec 3  6. To allow poor whites to vote, some Southern states had a ___________ clause in their voting restrictions. This clause allowed any man to vote if he had an ancestor on the voting rolls in 1867.  7. In the late 1800s, both the North & the South discriminated against African Americans. In the South, segregation, or separation of the races, was enforced by laws known as ___________ laws.

19 Sec 3  13. W.E.B. Du Bois challenged the speech. He said that white Southerners continued to take away the civil rights of African Americans. He believed that blacks should demand their rights to gain full equality. 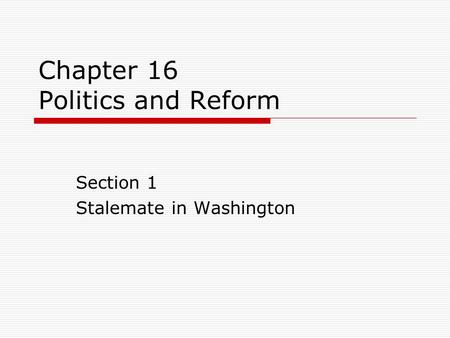 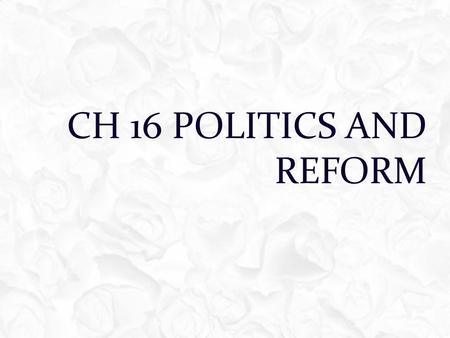 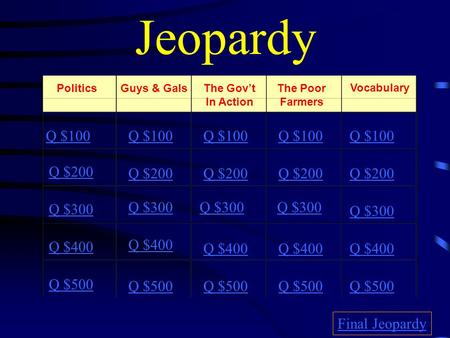 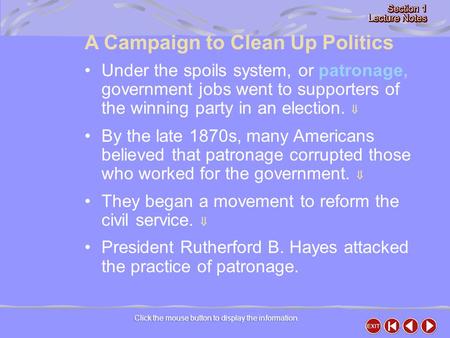 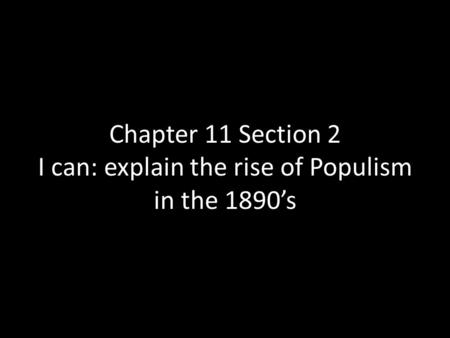 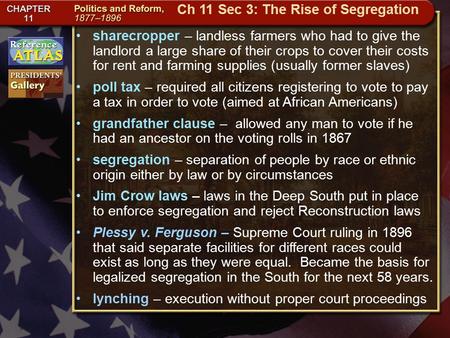 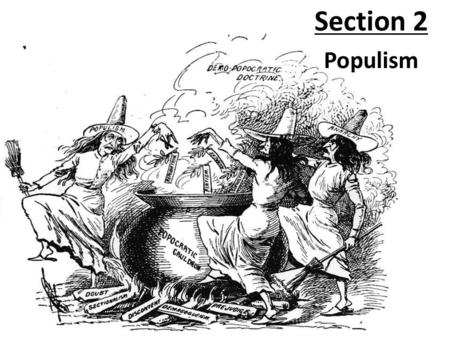 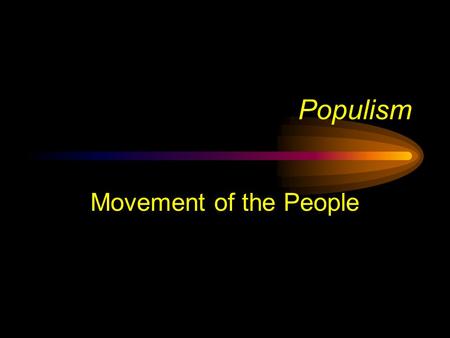 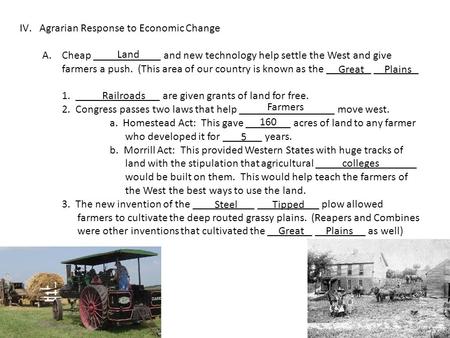