6 Somehow, the church survived the fall – provided some security

9 Franks lead by Clovis – first Christian king in Roman Empire Area that is now France Frank kingdom and church came together! By 600 many now converted~!

17 Feudalism Think of a chess set

19 Feudalism Based on rights and obligation Lord – Landowner Fief – the land Vassal – person receiving the land Knights – mounted horsemen who defended lords Serf – bound to the land, but not slaves - laborers

20 Feudalism Manors The lords estate  The lord provided the serfs with housing, farmland and protection  Serfs tended the lands, cared for the animals, maintained the estate

21 Feudalism Manors  Peasants rarely traveled more than 25 miles from the manor  Was home to 15 – 30 families  Self-Sufficient community  Peasants heavily taxed, including a tithe – a church tax of 1/10 their income 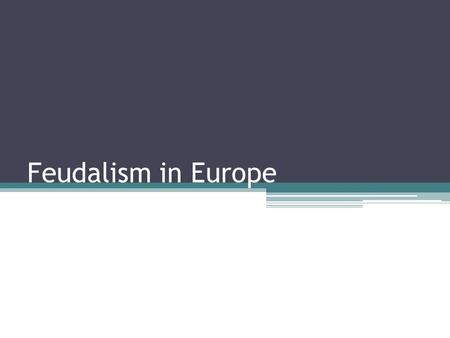 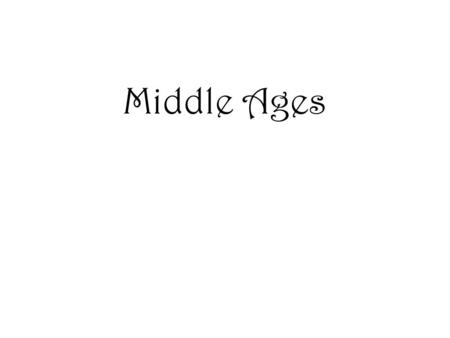 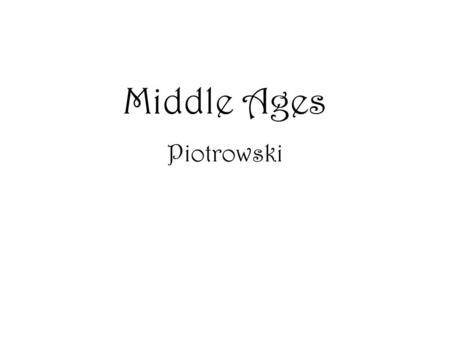 Middle Ages Piotrowski. Bell-Ringer 2/27 Friday How does a chess board reflect the Middle Ages?