2 SUBELEMENT T6 - Communications modes and methods [3 exam questions – 3 groups]
T6A – [1 exam question] Modulation modes, descriptions and bandwidth (AM, FM, SSB) Phone transmissions are voice transmissions by radio. Single sideband (SSB) is a form of amplitude modulation. A gateway is a name given to an amateur radio station that is used to connect other amateur stations to the Internet. Single sideband (SSB) voice modulation is most often used for long distance and weak signal contacts on the VHF and UHF bands. Frequency Modulation (FM) is most commonly used for VHF and UHF voice repeaters. The emission type, CW, has the narrowest bandwidth. Upper sideband is normally used for VHF and UHF SSB communications. The primary advantage of single sideband over FM for voice transmissions is that SSB signals use much less bandwidth than FM signals. The approximate bandwidth of a single-sideband voice signal is between 2 and 3 kHz. The approximate bandwidth of a frequency-modulated voice signal is between 5 and 15 kHz. The normal bandwidth required for a conventional fast-scan TV transmission using combined video and audio on the 70-centimeter band is about 6 MHz.

3 SUBELEMENT T6 - Communications modes and methods [3 exam questions – 3 groups]
T6B – [1 exam question] Voice communications, EchoLink and IRLP Information is transmitted between stations via the Internet using Echolink. Internet Radio Linking Project (IRLP) Any licensed amateur radio operator may operate on the Echolink system. Echolink and IRLP have in common Voice over Internet protocol technology. Voice over Internet protocol is the method used to transfer data by IRLP. IRLP is a method of linking between two or more amateur stations using the Internet. EchoLink allows computer-to-radio linking for voice transmission. If you hear a brief tone and then a station from Russia calling CQ on a 2-meter repeater you are listening to an Internet linked DX station. You might find a list of active nodes using VoIP in a repeater directory or the Internet. When using a portable transceiver you select a specific IRLP node by using the keypad to transmit the IRLP node numbers.

4 SUBELEMENT T6 - Communications modes and methods [3 exam questions – 3 groups]
T6C – [1 exam question] Non-voice communications - image communications, data, CW, packet, PSK31, Morse code techniques, Q signals Packet Radio is an example of a digital communications method. Automatic Position Reporting System (APRS) A global positioning system receiver is required along with your normal radio for sending automatic location reports. A standard fast scan color television signal transmission is indicated by the term NTSC. Point-to-point digital message forwarding emission mode may be used by a Technician class operator in the MHz frequency range. Phase Shift Keying (PSK) PSK31 is a low-rate data transmission mode that works well in noisy conditions. Any sending speed at which you can reliably receive is recommended when using Morse code. A practical reason for being able to copy CW when using repeaters is to recognize a repeater ID sent in Morse code. QRM is the "Q" signal used to indicate that you are receiving interference from other stations. QSY is the "Q" signal used to indicate that you are changing frequency. 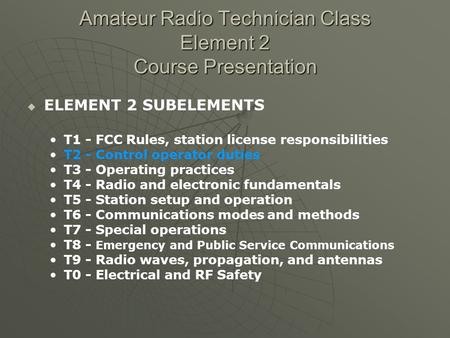 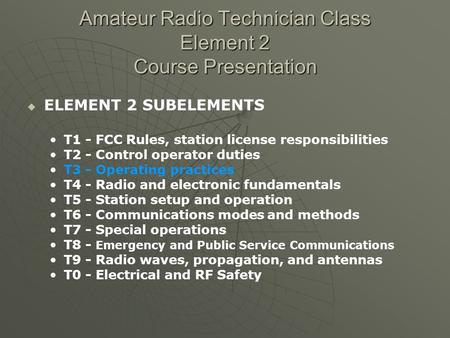 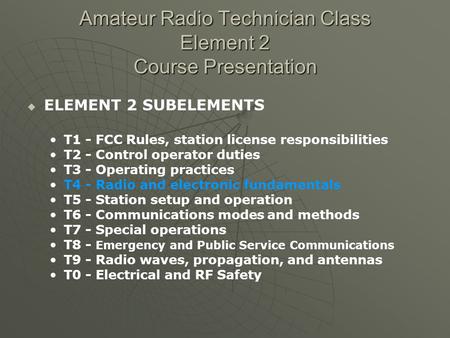 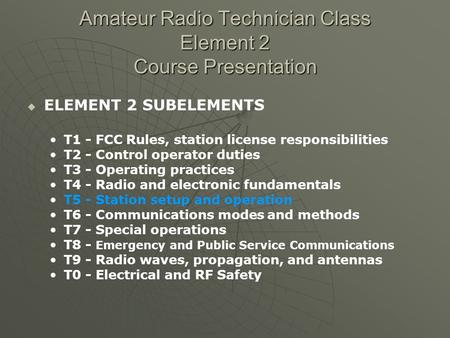 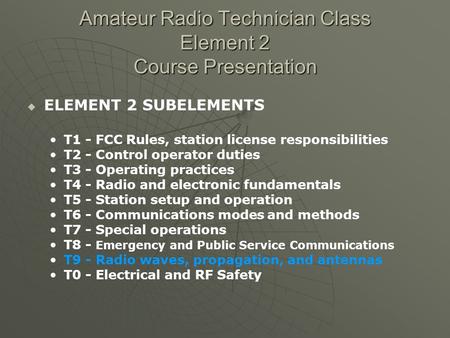 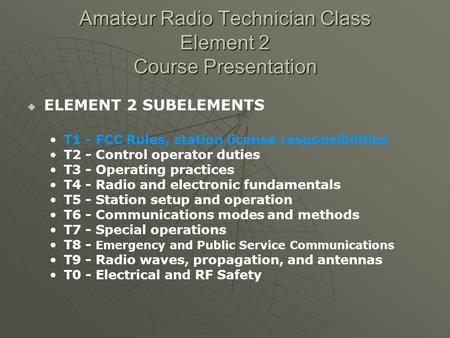 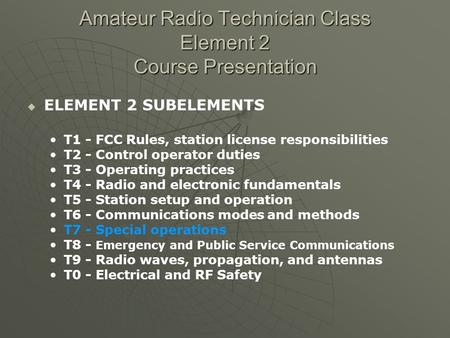 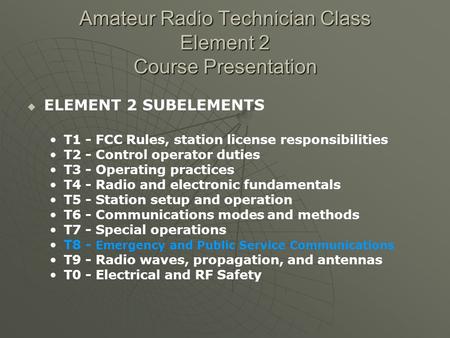 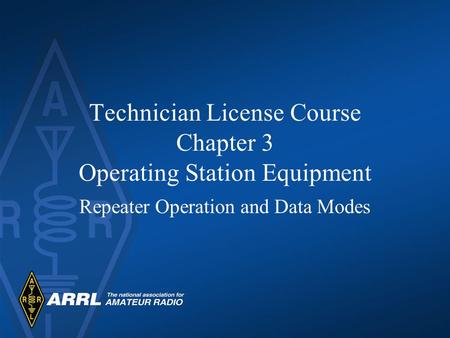 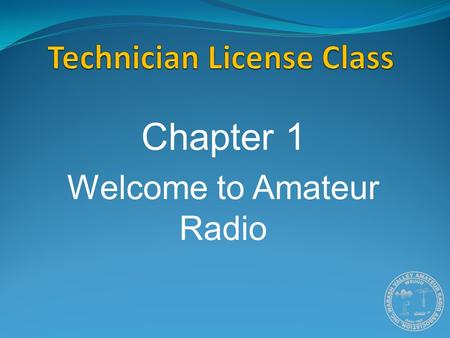 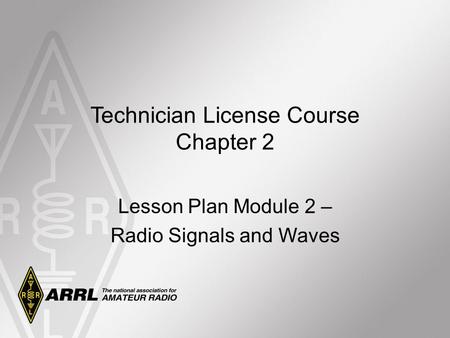 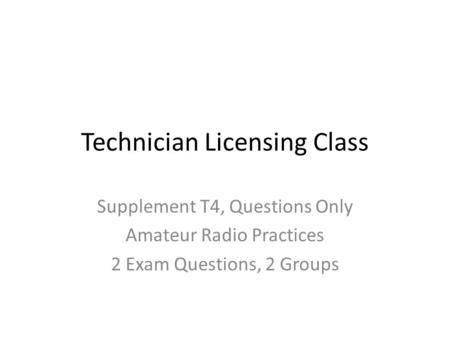 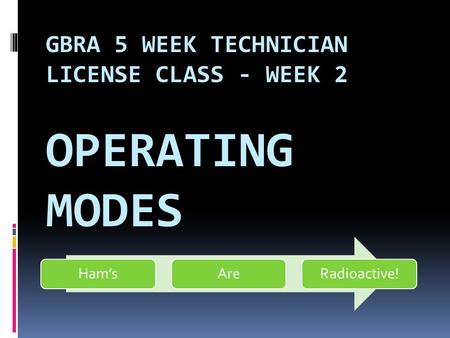 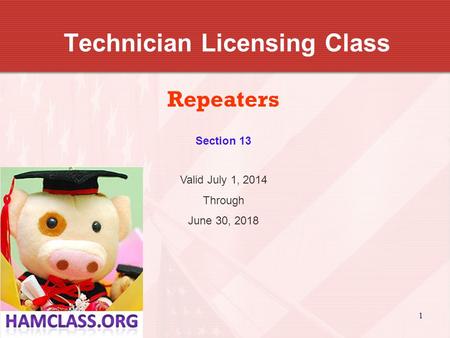 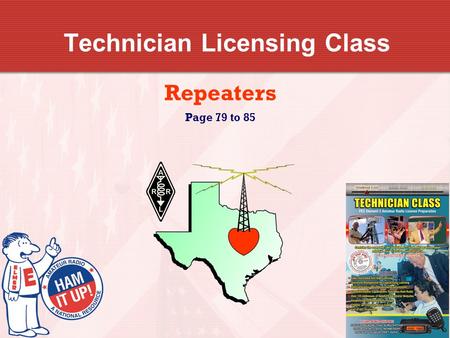 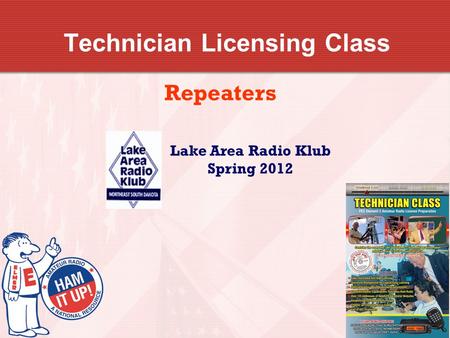 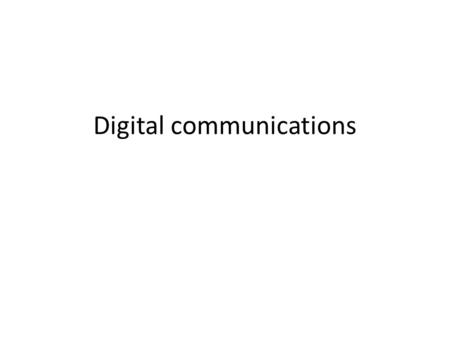 Digital communications. Hams have developed techniques for transforming 1’s and 0’s into tones into the same frequency range as human voice. So now a. 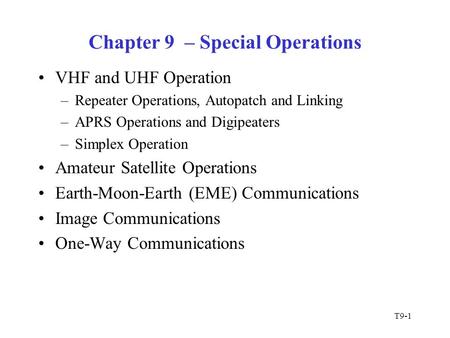 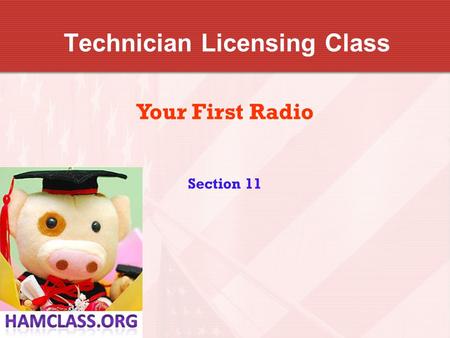 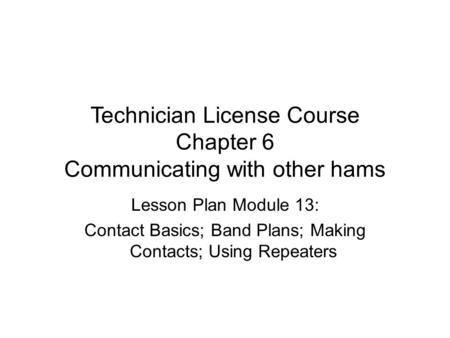