2 Terms Workgroup  The Workgroup is expected to cover five key areas:  Features of xoserve’s systems  Cost requirements  xoserve funding arrangements  Service standards  Governance  The intention is to describe what we have done and direction of Workgroup thinking in each of these areas.

4 Features of xoserve’s Systems  The existing ASA service lines have been reviewed to identify any new service lines, modifications to existing service lines or services lines that are no longer required.  The high level features of UK-Link replacement have been documented, together with the underlying assumptions that support the features.  It was recognised that new or modified service lines are likely to be required at the point when the UK Link Replacement business requirements are agreed (2010).  However …

5 Features of xoserve’s Systems  The potential new or modified services cannot be specified in sufficient detail at this stage to enable costs estimates to be made for inclusion in price control allowances.  The Workgroup considered it would be desirable to have a mechanism to adjust price control allowances in order to remove barriers to implementing future developments.  It was recognised that the timescales of the current dialogue are insufficient to fully define the business requirements for UK Link.  Shippers welcomed the commitment to undertake industry consultation on UK Link business requirements prior to detailed design commencing in 2010.

7 Cost Requirements - Operating  Following the replacement of a significant system, it is unlikely that operating cost savings will be achieved in the first year of operation because of the time required to embed modified processes and to rectify any implementation issues.  As UK Link replacement is targeted for implementation in 2012, any operating efficiencies are likely to be realised beyond the end of the next price control period.  Therefore, the Workgroup took the view that any operating cost reductions due to the replacement of UK Link were outside the scope of the current dialogue.

9 xoserve Funding Arrangements – Application of Criteria to Existing Services  The high level service lines identified as user pays candidates were:  Provide Query Management  User Admission & Termination  Must Reads  Provision of Services in Relation to Obligations under GT licence  Provision of user reports and information.  The Workgroup noted that:  Not all service lines within the above high level lines would be appropriate for user pays. Similarly, some user pays service lines may exist within non-user pays categories.  Service lines identified as user pays candidates can have a significant fixed cost element, which the Workgroup considered should be funded by price control allowances.  Additional criteria are required to reflect the materiality of the service line, recognising that the cost of implementing a user pays approach could be greater than any benefit gained.  Discussions have not been concluded in this area.

10 xoserve Funding Arrangements - Models  For services that meet the user pays criteria, two models were considered by the Workgroup:  Model A (Regulatory Model) utilises the existing UNC and ASA contractual arrangements and was the early preference expressed in the 2 nd GDPCR Consultation Document.  Model B (Direct Contracting) reflects the current arrangements for non-ASA services.  The Workgroup expressed a clear preference for Model B subject to sufficient transparency and governance arrangements to allow scrutiny of charges.

14 xoserve Funding Arrangements – Model Variant  Some Shippers suggested services with volume driven costs should be charged for based on usage and a variant of Model A was considered where a new Agency transportation charge was introduced on this basis.  The GTs charging methodology would include an element of usage charging for the services taken by individual users, with the remaining costs being recovered on a portfolio basis, similar to the current arrangements for apportioning Agency costs.  This approach created concerns because of the additional complexity of transportation invoicing, the indirect relationship between Users and xoserve and the lack of clarity over incentives.  However, xoserve charges under Model B could be on a volume driven basis.

18 Service Standards  Relevant service standards were categorised into three areas:  Transportation Standards - Defined in the Uniform Network Code.  Availability and recovery standards – Defined in the UK Link Manual.  Volume constraints – Defined both in the UNC and UK Link Manual.  The service standards relating to UK-Link were reviewed and no changes are being proposed.  The Workgroup recognised that if there was dissatisfaction within the community, Modification Proposals would already have been raised.

19 Governance  For Model B to operate effectively, all parties within the Workgroup recognised the importance of transparent governance.  Concerns were expressed about xoserve’s position as a monopoly supplier for many services.  Governance options considered:  A user board to oversee cost of services;  Framework within UNC covering terms & conditions and rights to information;  Rights to audit on appeal.  No proposal to utilise SPAA.  Discussions have not been concluded in this area. 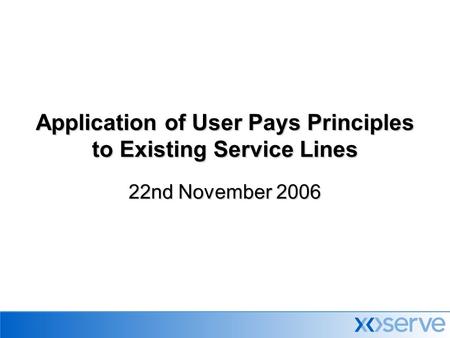 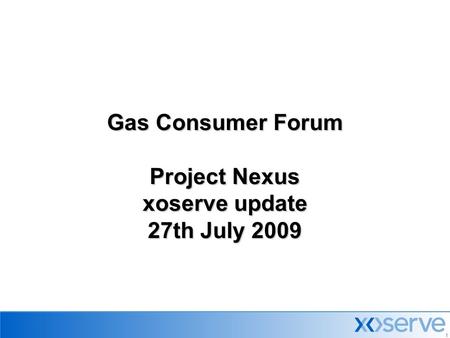 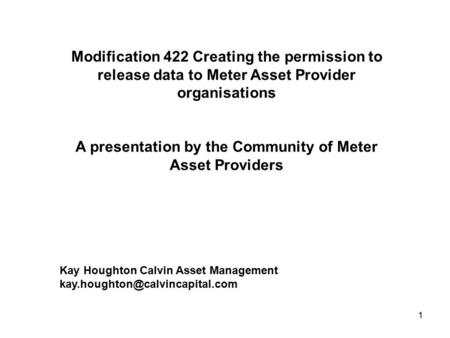 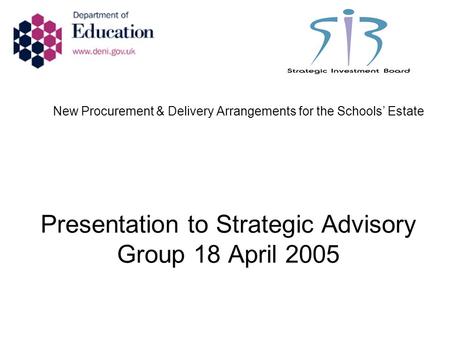 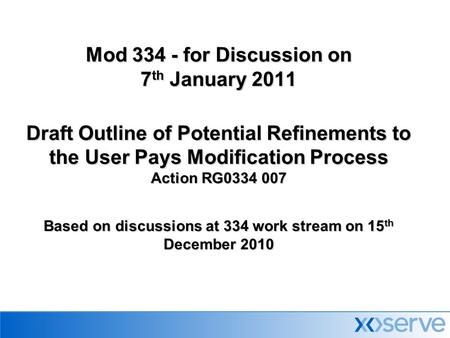 Mod for Discussion on 7 th January 2011 Draft Outline of Potential Refinements to the User Pays Modification Process Action RG Based on discussions. 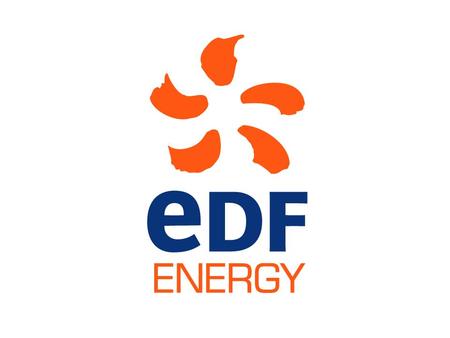 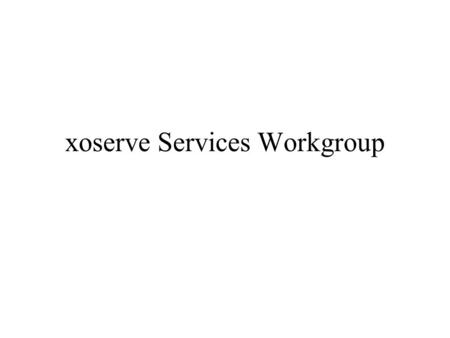 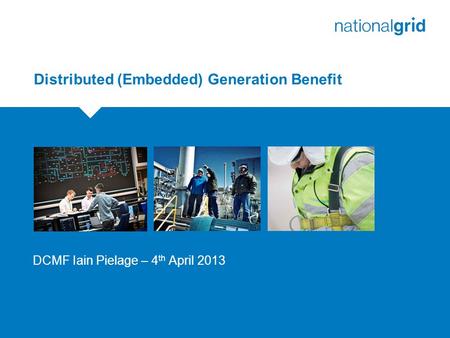 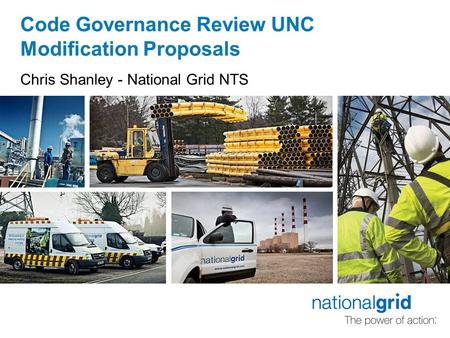 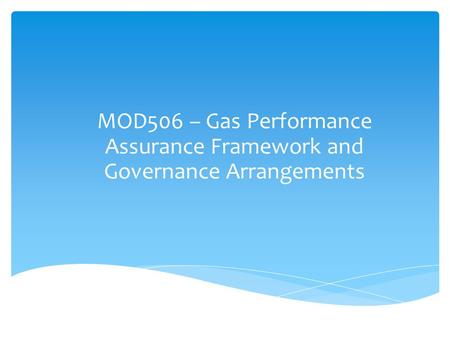 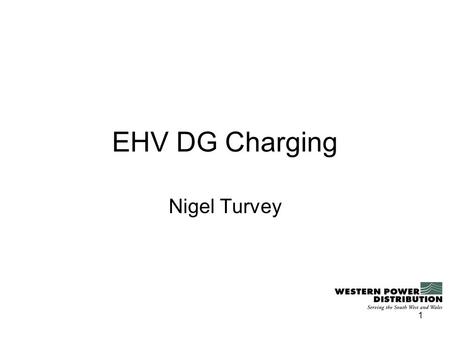 1 EHV DG Charging Nigel Turvey. 2 Background Our current EHV charging methodology was not vetoed on 18 th February 2010 with the following treatment of. 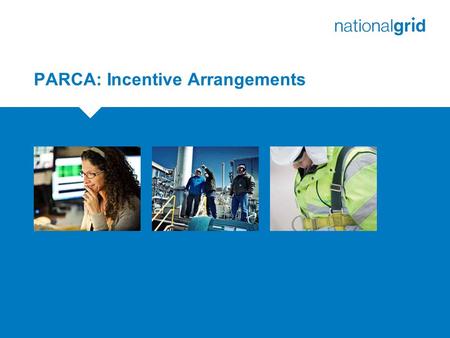 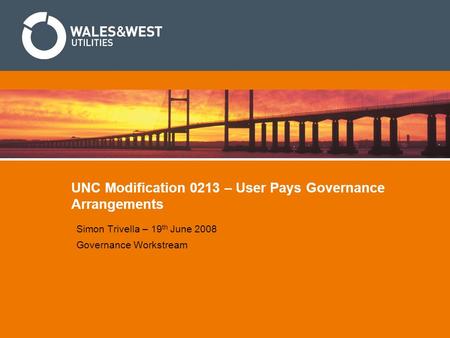