5  A MOLECULE IS A NEUTRAL GROUP OF ATOMS JOINED BY COVALENT BONDS.

6 ◦ Except for Hydrogen, the number of covalent bonds that nonmetals form equals the number of electrons needed to make a total of 8, hydrogen only needs 2, Figure 15, page 167

9 ◦ Have lower melting points and boiling points and they do not conduct electricity when dissolved in water. Math skills, page 169

10  Less heat is needed to break a covalent bond, that’s why most molecular compounds are liquids or gases at room temperature

11  Do not conduct electricity because no charged particles are available to move. Even when they are liquids they are poor conductors

13 ◦ Atoms of some elements pull more strongly on shared electrons than do atoms of other elements. As a result, the electrons are pulled more toward one atom, causing the bonded atoms to have slight electrical charge.

14  These charges are not as strong as ions

15  Polar bonds: A covalent bond in which electrons are shared unevenly 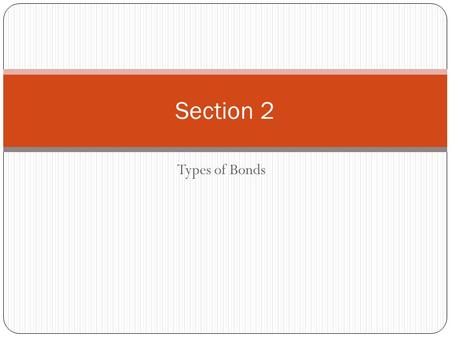 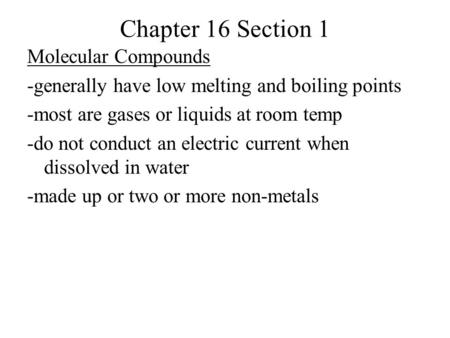