2 2 Background In May of 2012, FERC and NERC issued a joint report on the September 8, 2011 Southwest Blackout Event calling for improved planning. It recommended that entities throughout WECC identify and plan for external contingencies that could impact their systems and internal contingencies that could impact their neighbors systems, and expand entities external visibility in their models through, for example, more complete data sharing.

3 3 Purpose To achieve WECC wide visibility of contingencies in planning and operating. –Facilitate developing and/or implementing models for RAS, relays and contingency definitions –In WECC base cases, in BCCS, and in cases that are consistent with the WSM –Throughout program platforms used by planners in WECC This task force will also coordinate with the RAS and Protective Systems Modeling Oversight Task Force (RPSOTF).

5 5 Ultimate Goal Statement To simulate faults in power flow and transient stability by specifying the fault location and fault type on facilities like buses or branches. –Includes TPL standard faults; balanced and unbalanced, normally cleared, stuck breaker, double circuit, adjacent, extreme, and reclosing –RAS and Relays models would trip appropriate breakers at appropriate times –Data would be provided in cases for both near and long term planning and operating –Fault descriptions are resident in (or with) WECC posted cases –Available on programs used by planners in WECC

10 10 Contingency Definitions Writing specification for criteria and extreme faults (to cover faults required by standards) Could be used to develop (1) A common format, or (2) BCCS contingencies data base Exploring the BCCS data base option –Contingencies managed in BCCS –Written by a contractor –Could be used in the long term –Program vendors provide round trip conversion to the contingency processor of their choice 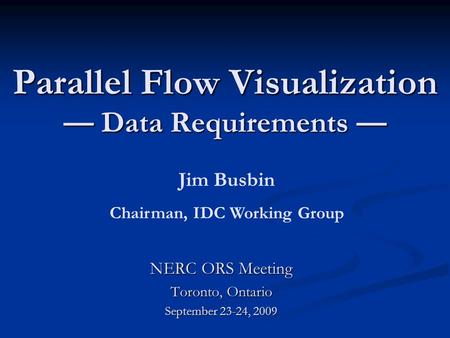 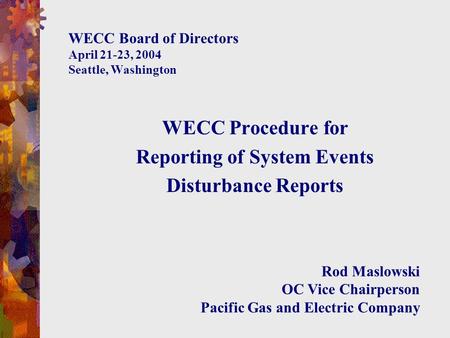 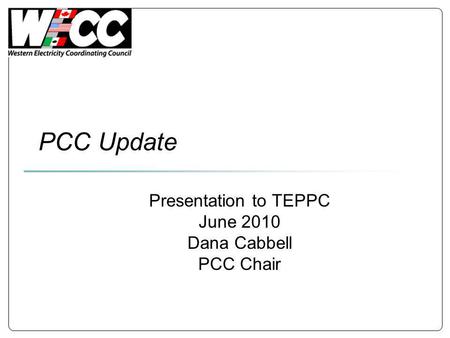 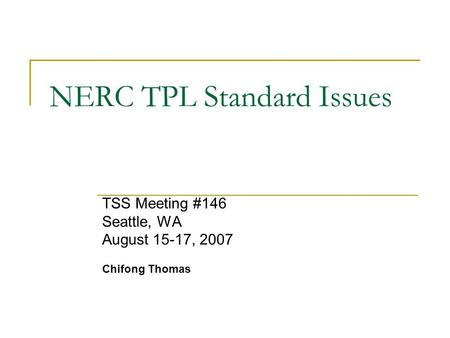 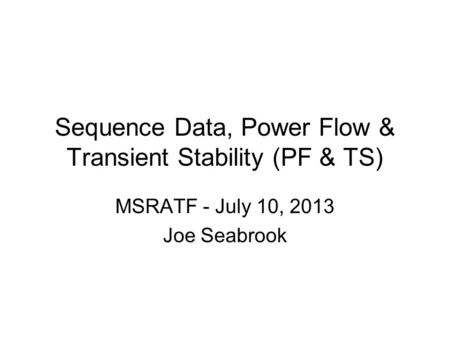 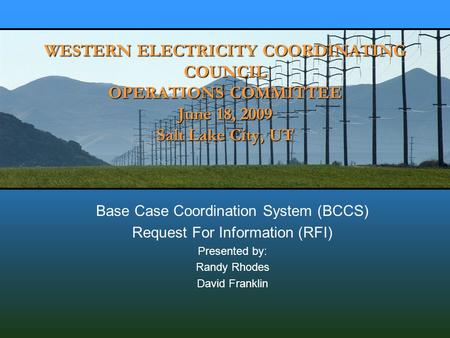 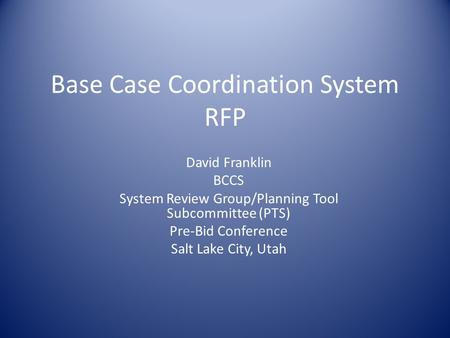 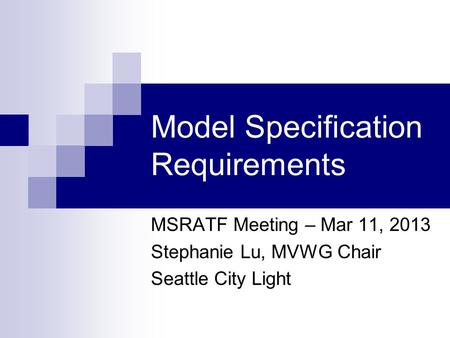 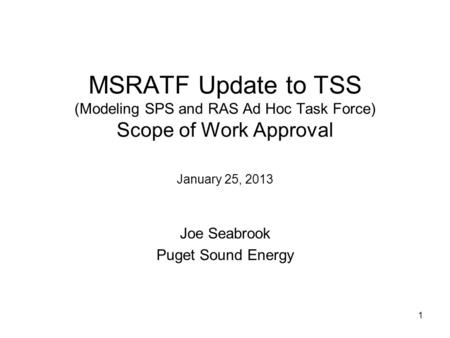 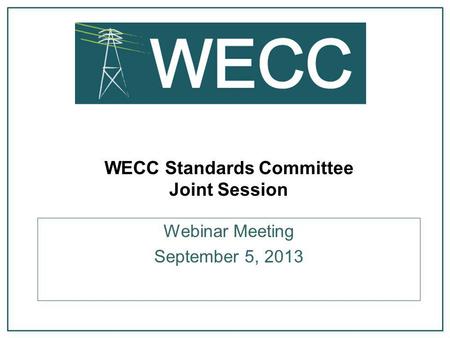 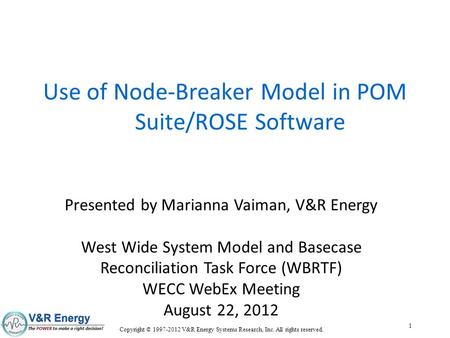 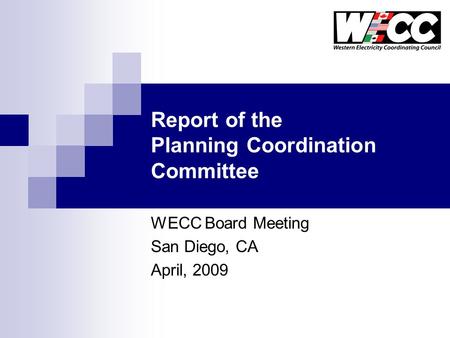 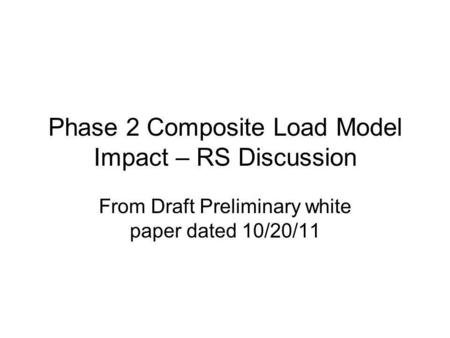 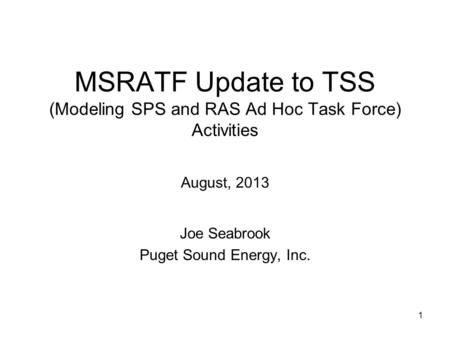 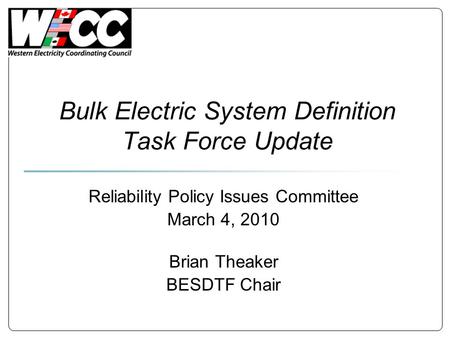 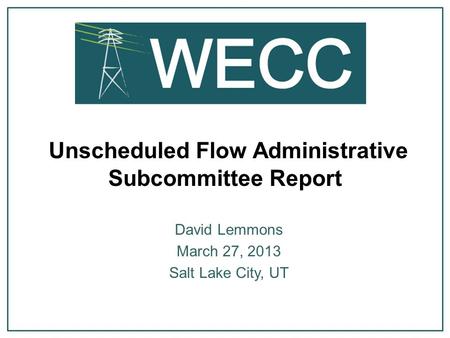 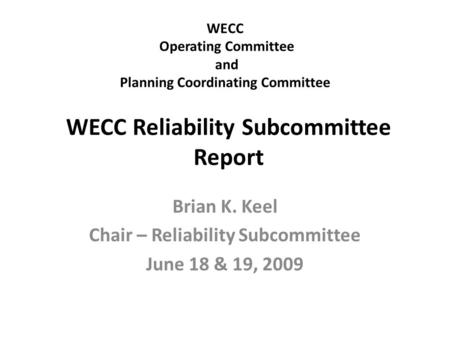 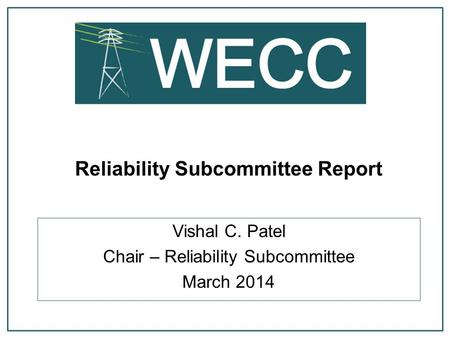