3 Nonvoting The word idiot comes from the Greek idiotes – citizens who do not vote or participate in public life. 2008 there were appx 228 million eligible voters and only 131 (60%) participants. Voters tend to turn out in smaller number for off-year elections. (national elections for congress in which a presidential seat is not open for election) Ballot fatigue – the lower the level of office, the lower level of voter participation nonvoting voters – are those who choose to cast a ballot for some officials and not cast a ballot for others.

7 Voters v Nonvoters Voters Nonvoters
Voters tend to have higher levels of income, education, and occupational status. Tend to be long time residents Tend to have strong party identification Likely to live in areas where laws, customs, and competition promote turnout. Younger than 35, unmarried, and unskilled. Tend to be from the south or rural areas. People with low political efficacy.

12 Question? How would a 55 year old African American with a bachelor’s degree who is a member of the AFL-CIO vote?

14 Psychological Factors
Party Identification Voters tend to identify with a particular party early in life and then continue to support that party and its candidates throughout their life. Voting for candidates of only one party is known as straight-ticket voting. Split-ticket voting – voting for candidates of more than one party is increasing. Perhaps due to the large number of independent voters. Candidates and Issues Candidates and their ability to attract voters as well as important national issues impact voting behavior. 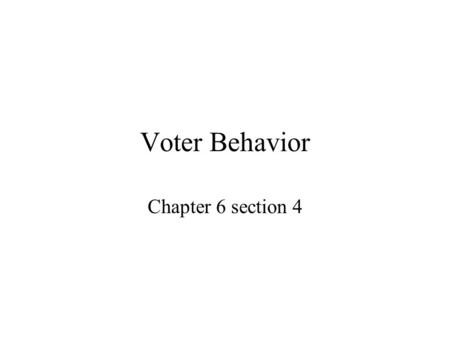 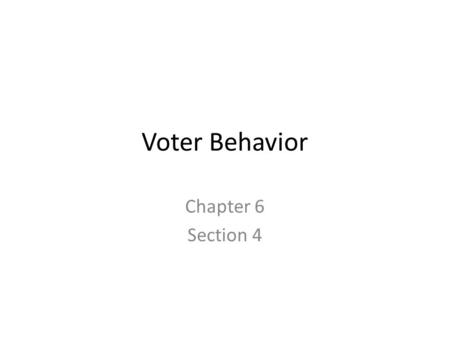 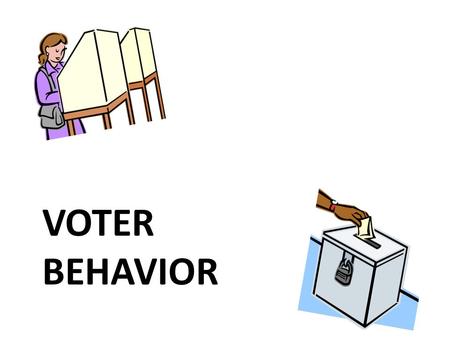 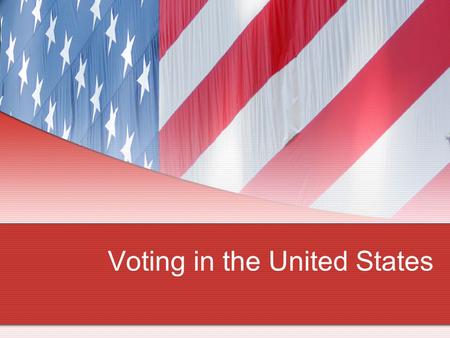 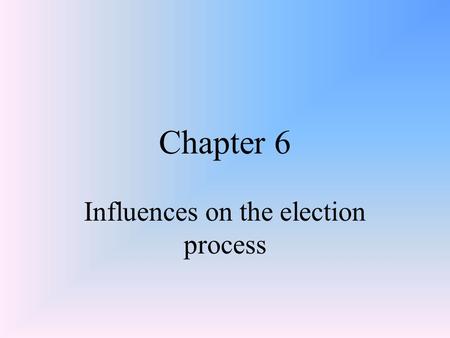 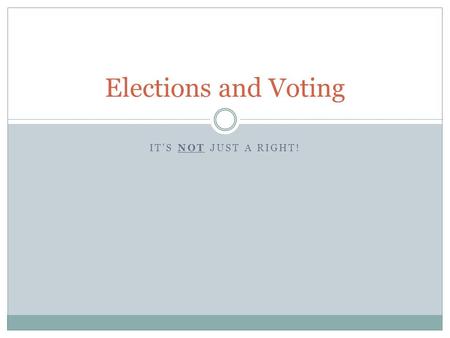 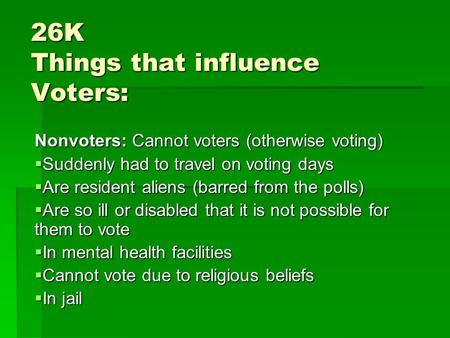 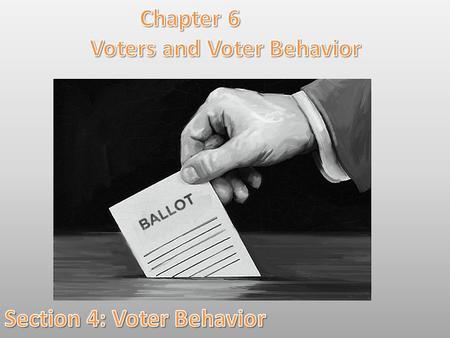