3 Water’ Unique Properties
There are strong forces of attraction between molecules of water. Water exists as a liquid over a wide temperature range. Liquid water changes temperature slowly. It takes a large amount of energy for water to evaporate. Liquid water can dissolve a variety of compounds. Water expands when it freezes.

7 Effects of Human Activities on Carbon Cycle
We alter the carbon cycle by adding excess CO2 to the atmosphere through: Burning fossil fuels. Clearing vegetation faster than it is replaced. Figure 3-28

13 Effects of Human Activities on the Nitrogen Cycle
We alter the nitrogen cycle by: Adding gases that contribute to acid rain. Adding nitrous oxide to the atmosphere through farming practices which can warm the atmosphere and deplete ozone. Contaminating ground water from nitrate ions in inorganic fertilizers. Releasing nitrogen into the troposphere through deforestation.

14 Effects of Human Activities on the Nitrogen Cycle
Human activities such as production of fertilizers now fix more nitrogen than all natural sources combined. Figure 3-30

16 Effects of Human Activities on the Phosphorous Cycle
We remove large amounts of phosphate from the earth to make fertilizer. We reduce phosphorous in tropical soils by clearing forests. We add excess phosphates to aquatic systems from runoff of animal wastes and fertilizers.

18 Effects of Human Activities on the Sulfur Cycle
We add sulfur dioxide to the atmosphere by: Burning coal and oil Refining sulfur containing petroleum. Convert sulfur-containing metallic ores into free metals such as copper, lead, and zinc releasing sulfur dioxide into the environment. 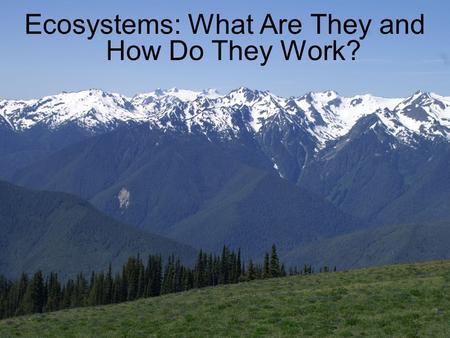 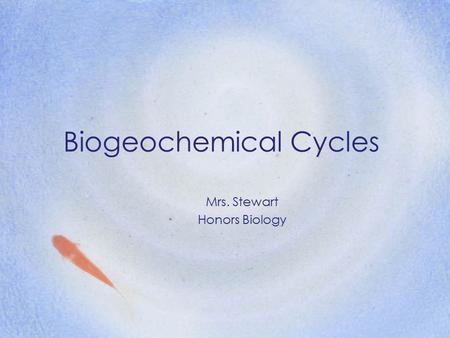 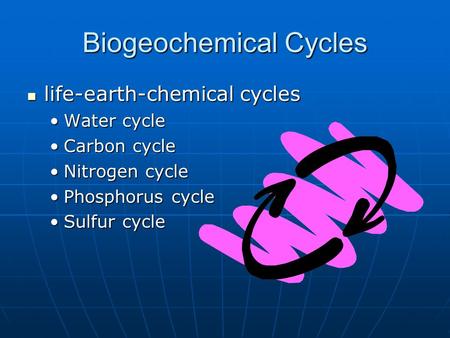 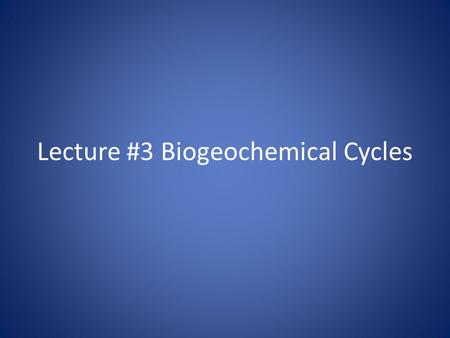 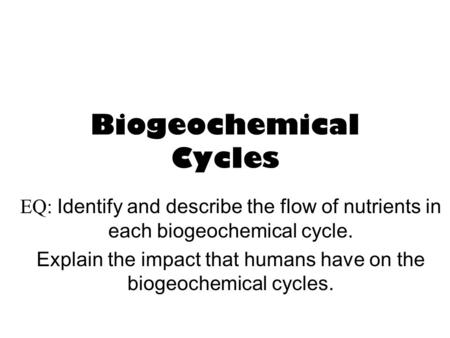 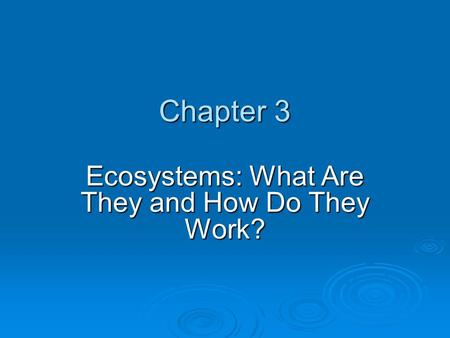