1 Section 22.3 HIV and AIDS Objectives
Explain how HIV infection leads to AIDS. Describe how HIV is transmitted from person to person. Summarize the state of HIV infection and AIDS throughout the world.

4 How HIV Attacks the Immune System
Inside the body, HIV infects helper T cells, which stimulate other cells of the immune system to produce antibodies against invading pathogens. Inside a helper T cell, HIV reproduces, killing the cell in the process. The new viruses are released from the cell and move on to destroy other helper T cells.

5 Stages of HIV Infection
Asymptomatic Stage Soon after exposure to HIV, an infected person may experience flulike symptoms, which usually go away after a few weeks. Because of the lack of symptoms, this period is called the asymptomatic stage. Symptomatic Stage Symptoms may include weight loss, a persistent fever, diarrhea, or fungal infections. AIDS The onset of AIDS is usually marked by a very low number of helper T cells in the blood. At this stage, HIV-infected people are usually experiencing even more severe symptoms than in the symptomatic stage.

8 Transmission of HIV People with HIV are infectious whether or not they have any symptoms of disease. Individuals infected with HIV can pass the virus on to someone else through the exchange of blood, semen, vaginal secretions, or breast milk.

10 For: Updates on AIDS Click above to go online.

11 Safe Behaviors HIV is not transmitted by casual contact.
Small amounts of HIV occur in saliva, tears, and perspiration. However, the amounts are so small that infection from contact with these fluids is unlikely.

12 The Safety of Donated Blood
The risk of getting HIV from blood transfusions is extremely small. Blood that tests positive for HIV antibodies is discarded. Potential donors are interviewed and are not allowed to give blood if they have engaged in behaviors that place them at risk for HIV infection.

13 A Global Problem With approximately 40 million people infected around the world, HIV and AIDS represent a global health problem. Africa Sub-Saharan Africa accounts for more than half of all global infections. Asia HIV infections are also increasing in certain parts of Asia.

16 Education and Prevention
The World Health Organization and the Joint United Nations Programme on HIV/AIDS monitor the situation and recommend steps for stemming the epidemic in different countries. Making people in high-risk countries aware of how to protect themselves from HIV infection is a huge step toward prevention. In addition to prevention education, international organizations coordinate treatment efforts for people already living with HIV and AIDS. 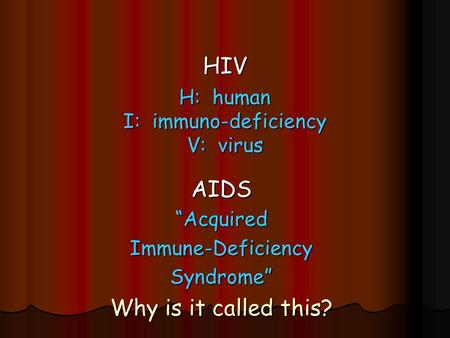 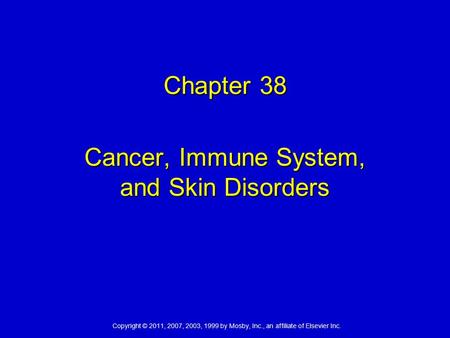